Farm groups are pledging to work with whomever President-elect Joe Biden picks for agriculture secretary and are steering clear of announcing a favorite for the position. That’s not the case with several other interest groups.

So far, most of the public speculation has centered on a pair of longtime Capitol Hill farm hands: Former North Dakota Sen. Heidi Heitkamp and Ohio Rep. Marcia Fudge. Debate over the two has turned into a proxy battle for the direction of the Department of Agriculture under the Biden administration.

And farm policy insiders haven’t been able to squeeze much out of the Biden transition team.

“They do a lot of listening; they don’t do much sharing about what they are looking for,” one source told Agri-Pulse of his conversations with the transition team. “As you would expect with any transition team, they hold their cards very, very close.”

In recent weeks, ag lobbyists told Agri-Pulse of their generally good relationships with both Heitkamp and Fudge and said they were also generally happy with some of the other people said to be in the running – former Obama administration veterans like USDA Deputy Secretaries Kathleen Merrigan and Krysta Harden and Michael Scuse, who served as deputy in an acting role, former Ag Secretary Tom Vilsack's Chief of Staff and current California Ag Secretary Karen Ross, even Vilsack himself – and none went as far as to endorse a favorite.

“The names I have heard, we all know, we all have a relationship to one extent or another,” National Corn Growers Association CEO Jon Doggett said in an interview. “I’m pleased with the names we’re hearing about for a lot of different positions in Washington.”

For Heitkamp, her term in the Senate and experience as a state attorney general and tax commissioner have given her a good deal of face time with many of the nation’s farm groups and experience in dealing with the intricacies of the 2014 and 2018 farm bills. Sources reached by Agri-Pulse were pleased with their relationships with Heitkamp and her office during her time on Capitol Hill and said that could easily transition into a good relationship with her should she be chosen to lead USDA.

“She understands the cattle industry, she’s been in the trenches on those issues, she has producers from her state that clearly have been keeping her informed over the years, so she’s starting on third base as far as knowledge of the issues,” Ethan Lane, vice president of government affairs for the National Cattlemen’s Beef Association, told Agri-Pulse. “As far as we’re concerned, that would be a fantastic choice.”

After an unsuccessful bid for a second term in the Senate, Heitkamp along with Joe Donnelly, an Indiana Democrat who also served a term in the Senate, formed the One Country Project, a bid to boost rural support for the Democratic party. She was a vocal spokesperson for the Biden campaign on rural issues, and the campaign was able to make some – but not much – progress in shoring up rural support for Biden. Heitkamp has also taken the lead on a Bipartisan Policy Center project that addresses a topic sure to be front of mind across many different aspects of the Biden administration: climate change.

But while Heitkamp’s detractors might not come from D.C.’s commodity groups, there is certainly opposition to her candidacy from progressives in the Democratic party. They claim Heitkamp’s connections to conventional agricultural interests wouldn’t advance the party’s goals in areas of hunger and nutrition policy. What’s more, they believe Fudge would offer a stronger focus on USDA’s longstanding civil rights issues.

Fudge, who chairs House Agriculture Committee's subcommittee on nutrition and oversight, has a reputation as a fierce fighter for nutrition programs, leaving some to wonder how she would approach USDA’s role in agriculture. Farm groups say she’s been active in learning to understand their issues.

“She’s more of an urban, suburban member of Congress, yet has done a lot of work with the Ohio Farm Bureau to get to know farming and livestock operations and have a better understanding of that process,” said Dale Moore, executive vice president of the American Farm Bureau Federation.

To be sure, ag groups have stopped short of supporting – or endorsing – any one particular candidate (Lane had good things to say about NCBA’s relationship with Fudge, as Moore did about Farm Bureau’s relationship with Heitkamp). Some of that could be hedging bets and not starting a relationship with a new ag secretary having publicly supported someone else.

“We have to work with everybody, and we’ve got a good relationship with all of them,” Nick Giordano, vice president and counsel of government affairs for the National Pork Producers Council, told Agri-Pulse. “Change is inevitable. I’ve been through a lot of these changes in administration, and it’s OK.” 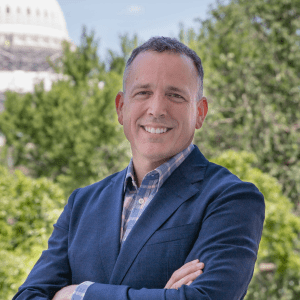 Fudge and Heitkamp may be the public frontrunners at this point, but National Farmers Union President Rob Larew also points out a simple fact: No matter who gets the job, they’re going to be working for Biden and serving his agenda. Larew doesn't think much can be read into the nomination itself will provide much direction in terms of Biden's priorities.

“I wouldn’t read that much into it, quite frankly, unless along with the announcement comes messaging where it’s very clear about what they’re trying to do here,” Larew said. “Ultimately, all of this is going to be driven by the direction and priorities of the administration at the White House.

“I would certainly hope that regardless of who is in there, that they would be focused on the rural plan that Biden put forth,” he added.

But as one farm policy lobbyist puts it, there will be many factors that ultimately play into Biden’s decision, some of which have almost nothing do to with farm policy.

“They’re looking at the full complement of cabinet choices and all the calculations that they’re using on making sure that it’s the proper mix will also have bearing,” a source told Agri-Pulse, pointing to Biden’s pledge to produce a diverse cabinet.