That’s the message agricultural groups have for the Environmental Protection Agency and Army Corps of Engineers as they seek to come up with a new definition of “waters of the U.S.”

In comments submitted to the agencies, numerous farm groups and state ag agencies cited the Supreme Court’s recent decision to consider whether the U.S. Court of Appeals for the Ninth Circuit “set forth the proper test for determining whether wetlands are ‘waters of the United States’ under the Clean Water Act.”

The timing of the court’s grant of certiorari in a case involving two Idaho landowners means oral arguments will likely happen this spring with a decision to follow a few months later.

“Given the Supreme Court’s recent decision to revisit the agencies’ proper scope of jurisdiction under the [Clean Water Act], the agencies should pause this rulemaking until after the court rules,” the American Farm Bureau Federation and other prominent farm groups said in their comments. And the National Association of State Departments of Agriculture said following the Supreme Court’s decision, EPA and the Corps will have to begin a new rulemaking.

“It is neither an effective use of agency resources to continue consideration of a proposed definition that may be invalidated by the Sackett decision, nor is it fair to regulated stakeholders,” the National Cattlemen’s Beef Association, Public Lands Council and affiliated groups said in their comments.

“Such action by the agencies only further proliferates the regulatory whiplash that stakeholders have unfortunately come to expect with WOTUS,” NCBA said, using the shorthand for “waters of the U.S.” and asking the agencies to halt their work. 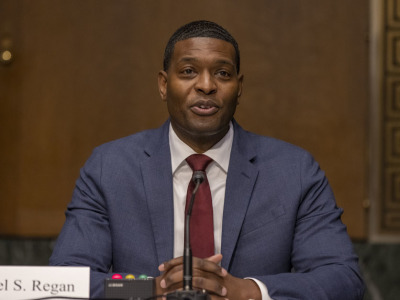 EPA had no comment on the pending litigation, and said through a spokesperson that it “is committed to establishing a durable definition of [WOTUS] that is informed by diverse perspectives and protects public health, the environment, and downstream communities while supporting economic opportunity, agriculture, and industries that depend on clean water.”

The first step in creating that “durable definition” is the proposal of a “foundational rule” that the agencies said would return “generally” to the way the agencies determined which waters were jurisdictional before 2015. That's when the Obama administration issued a rule that received a mixed reception in the courts until the Trump administration repealed it in 2019 and adopted its own language — the Navigable Waters Protection Rule — in 2020.

That rule was knocked down by two district courts last year and EPA and the Corps have vowed to craft a rule that can stand the test of time — and review by the courts.

But the agencies’ proposal to return to pre-2015 regulations and guidance, bound by existing Supreme Court decisions, has run into severe criticism from farm groups who say EPA (which has the lead role in the process) is not fulfilling its promise of an “open and dialogue-driven process,” as AFBF’s comments put it.

Environmental groups are generally pleased with the new proposal but would like to see the agencies explain clearly how they intend to protect the nation’s waters. The Southern Environmental Law Center (SELC), National Wildlife Federation and dozens of other groups, for example, recommend the agency adopt categorical protections for tributaries and clarify “that all wetlands with a significant nexus to traditional navigable waters, interstate waters, and the territorial seas (‘foundational waters’) are protected.”

In his 2006 Rapanos decision, then-Justice Anthony Kennedy put forth a test agreed to by four other justices that wetlands are “waters of the United States” if they “either alone or in combination with similarly situated lands in the region, significantly affect the chemical, physical, and biological integrity of other covered waters more readily understood as ‘navigable.’”

Farm groups are worried, however, that adhering to that standard, which was accepted by the Ninth Circuit in the Sackett case, gives the agencies too much discretion.

“While ‘similarly situated’ is found throughout the proposed definition, the agencies fail to clearly define this term,” NCBA said. “The lack of clarity related to this important phrase has the potential to write the word ‘navigable’ completely out of the CWA. The agencies cannot do this without a clear mandate from Congress, and Congress has had ample opportunity to do so and has refused.”

Farm groups also are concerned about the regulation of Prior Converted Cropland and the lack of specific agricultural exclusions.

In an interview with Agri-Pulse, Scott Yager, NCBA's chief environmental counsel, noted “both the Obama and Trump administrations codified exclusions for agricultural features like stock ponds, farm ponds, settling basins, irrigation ponds, fields flooded for rice growing, and some irrigation ditches from the preceding definitions of WOTUS. Those exclusions are notably, and concerningly, absent from the Biden WOTUS proposal. All we’re left with is the waste treatment exclusion and a hollowed-out version of Prior Converted Cropland.”

AFBF said the “lack of a clear definition of PCC has presented problems in the past regarding when, for example, PCC can be ‘recaptured’ and treated as jurisdictional.” AFBF and its fellow farm groups said the long-standing exclusion “reflects the fact that PCC generally has been subject to such extensive modification and degradation as a result of human activity that the resulting ‘cropped conditions’ constitute the normal circumstances for such lands.”

Farm groups backed the interpretation of PCC in the Trump administration’s NWPR, with AFBF citing a 1993 rule to support the idea that “PCC no longer exhibits defining characteristics of a wetland (hydrology or vegetation) and no longer performs wetland functions and thus, such lands should not be considered WOTUS.”

Environmentalists, however, called for a limited PCC exclusion. “A wetland area that has been abandoned for crop production should, if it otherwise qualifies as a ‘water of the United States,’ be treated as such,” the Natural Resources Defense Council and other groups said.

SELC said the NWPR opened a loophole for PCC by providing that “land would retain its excluded status if it had been used even once in the preceding five years ‘for, or in support of agricultural purposes.’”

But those purposes were broad, SELC said. “While ‘agricultural purposes’ was undefined in the rule itself, the agencies suggested it would include a broad range of uses that did not resemble using the land as cropland: idling land for conservation, providing wildlife habitat, and leaving land fallow, among others.”

AFBF said PCC land “is often used as collateral for farm loans” and that “the knowledge that PCC could be put to nonagricultural uses also has value,” referring to an Economic Research Service study that estimated the value at $2,200 per acre more than 20 years ago.

“Adjusted for inflation, the average opportunity cost would now be over $3,500 per acre,” AFBF said. “Multiply that by the 53 million acres of PCC nationwide, and that is over $150 billion in value hanging in the balance if the PCC exclusion is diminished. Simply put, restrictions on the PCC exclusion decrease the value of PCC, threatening the prosperity of farmers and ranchers nationwide.”