President-elect Joe Biden is moving ahead with filling out his Cabinet, and he’s getting some help from the Senate starting today.

On Monday, Biden announced Virginia Ag Commissioner Jewel Bronaugh as his choice to be deputy secretary at USDA. Bronaugh, who would be the first person of color in the post, served a stint as Virginia state director of USDA’s Farm Service Agency during the Obama administration.

According to The Wall Street Journal, Treasury Secretary-designate Janet Yellen will tell the Senate Finance Committee today that the dollar’s value should be determined by the market and that the U.S. won’t try to weaken the dollar to get a trade advantage. A weaker dollar makes U.S. exports more competitive. 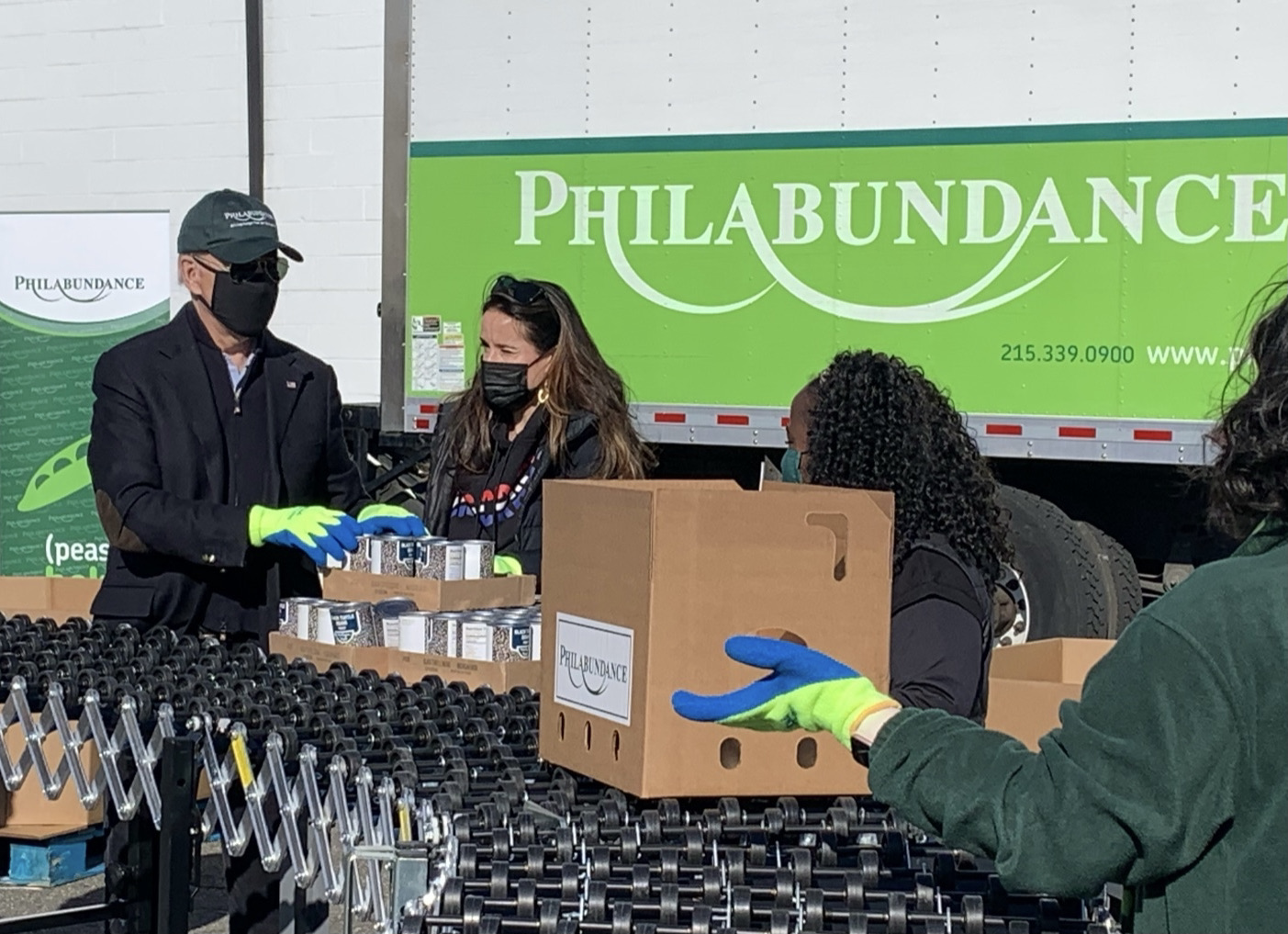 Biden at a Philadelphia food bank on Monday. (Feeding Pennsylvania)

The Trump administration has been working feverishly to get regulations into the Federal Register before Joe Biden is sworn in as president at noon Wednesday.

Announcements were made Friday on a new H-2A rule from the Labor Department to streamline the hiring of farmworkers and a final hemp rule from USDA that adopted many industry recommendations designed to ease the regulatory burden for growers. And EPA issued a proposal on E15 labeling and another that would take comments on waiving the biofuel mandate for the 2019 and 202 compliance years.

What’s left? A lot, according to the Office of Management and Budget’s regulatory review website. Despite being under review by OMB since November and the subject of numerous stakeholder meetings, a proposal to increase line speeds at some poultry plants has yet to appear. A USDA notice on use of Radio Frequency Identification Tags for cattle and bison got to OMB last Wednesday for review. 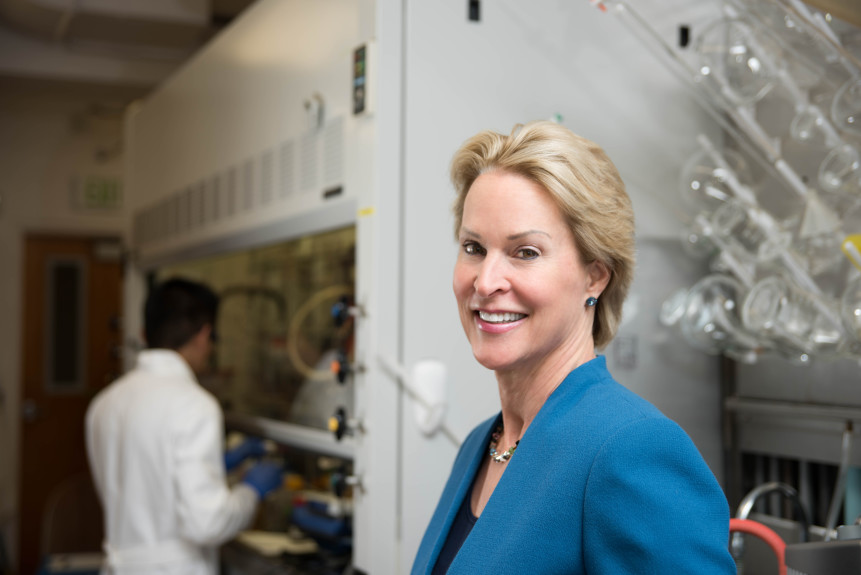 A scientist who won the Nobel Prize for developing a technique called “directed evolution” to engineer enzymes to combat agricultural pests and for other purposes will be helping advise the Biden White House on science policy.

Frances Arnold, a professor of chemical engineering at the California Institute of Technology, will co-chair the Council of Advisors on Science and Technology.

Arnold’s Caltech lab spun off a startup that is focused on producing non-pesticide methods of controlling insect pests. After the company announced it was commercializing a product to attack fall armyworm in Mexico, Arnold tweeted, “This is how advances in biological chemistry help people and the planet.”

Why it matters: During the Obama administration, the council developed sweeping recommendations for combatting antibiotic resistance.

Equipment manufacturers will be closely watching how Biden handles trade policy in the early days of his presidency, and specifically what he does on tariffs. AGCO’s Senior Vice President and General Manager of North America, Robert Crain, says the current tariffs in place are putting jobs at risk.

“The continued use of tariffs to get there is the wrong approach,” Crain said on an Association of Equipment Manufacturers webinar. Crain says 30% of all heavy equipment made in the U.S. is destined for export. 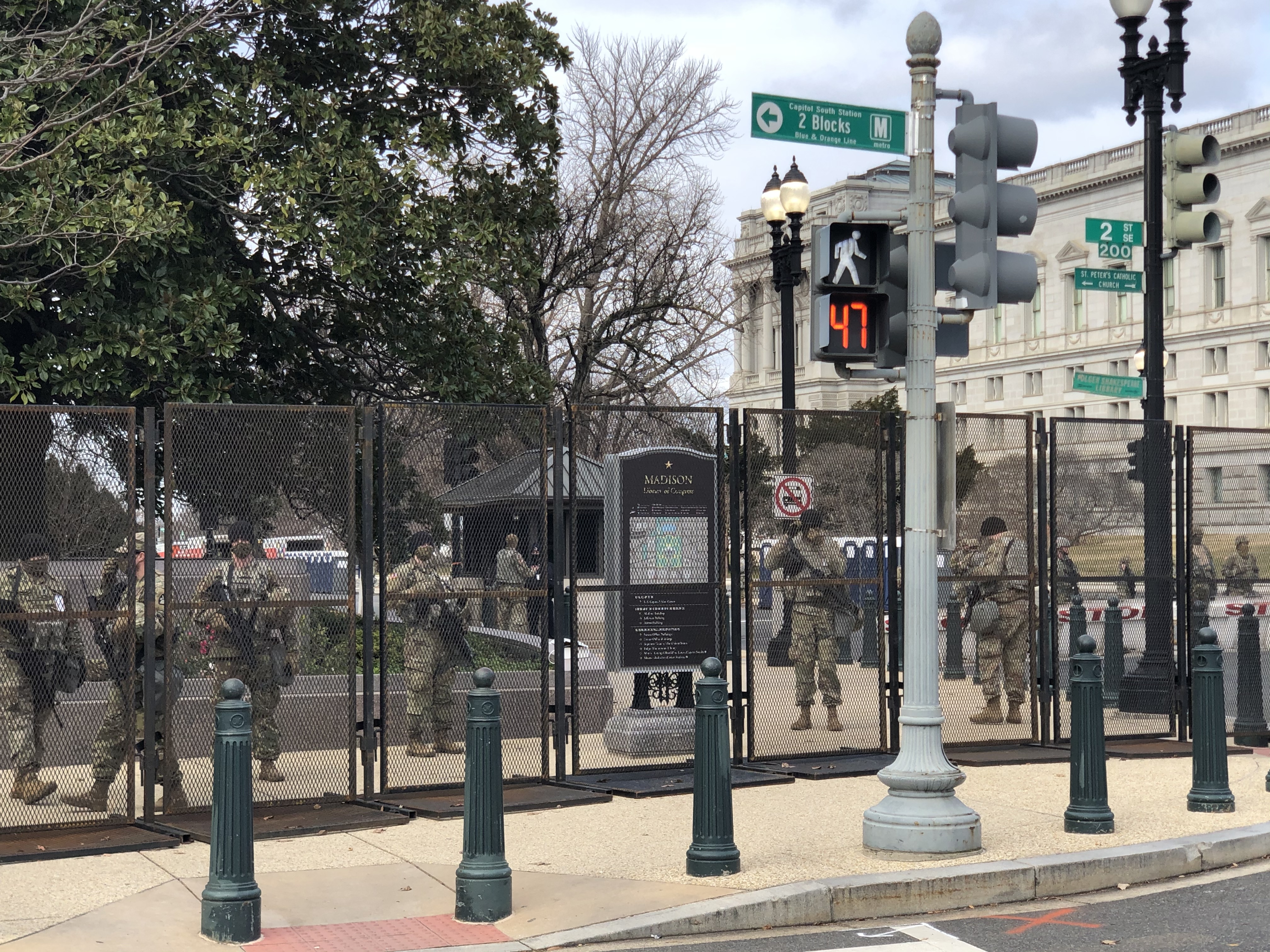 Capitol Hill is under heavy security ahead of Wednesday’s inauguration.

The Office of the U.S. Trade Representative says Vietnam, a growing market for U.S. farm goods, is guilty of currency manipulation, but the Trump administration has decided not to punish the Southeast Asian country.

That will come as a relief to the U.S. pork industry, which feared the USTR investigation could lead to tariffs and a trade spat that would disrupt rising U.S. pork exports to Vietnam.

EU to publish text of China trade deal this week

Questions about what exactly is in the Comprehensive Agreement on Investment, a trade pact between China and the European Union, will be answered this week after the text of the deal is released, says EU Director-General for Trade Sabine Weyand.

The pact, which has been under negotiation for the past seven years, contains promises from China to stop its practices of forced technology transfer, much the same as the Chinese commitment in the “phase one” deal that it struck with the U.S. last year.

Weyand said in a webinar hosted by the Center for Strategic and International Studies that the agreement also includes commitments by China to increase transparency on the country’s goods and services subsidies.

The Farm Credit Council wants to talk with the Center for American Progress about its report on promoting ag lending practices to address climate change. CAP’s president, Neera Tanden, is Biden’s pick to head the White House Office of Management and Budget.

In a statement, Farm Credit Council President and CEO Todd Van Hoose said while it appreciated the left-leaning think tank’s focus on the impact of climate change on farmers and rural areas, some of the recommendations would increase the cost of credit to farmers and rural businesses.

One of those is “a suggestion that Farm Credit institutions needed higher capital levels, despite Farm Credit lenders already being well-capitalized,” spokesperson Mark Hayes said.

Van Hoose said the council would be contacting CAP “in the hopes of engaging on these important issues.”

She said it. “When we put science back to work for the benefit of all people — revitalizing our economy, fueling our climate response, broadening our perspective as we rebuild around greater equity and opportunity — we are making a society worth passing on to our children and our grandchildren.” Frances Arnold, co-chair of the incoming White House Council of Advisors on Science and Technology.