The balance of power in the nation’s capital has shifted; Democrats now control both the presidency and Congress for the first time in a decade.

President Joe Biden used his first hours in office to sign a series of executive orders and slap a freeze on regulatory actions taken in Donald Trump’s final days. One of the orders requires a review of environmental and health regulations, including Trump’s “waters of the U.S.” rule, a pesticide application exclusion zone rule, and a rule overhauling National Environmental Policy Act regulations.

The Senate is now under Democratic control for the first time in six years after three new senators were sworn in Wednesday: California’s Alex Padilla and Georgia Sens. Jon Ossoff and Raphael Warnock.

Take note: Biden has a bust of United Farm Workers founder Cesar Chavez placed on a table directly behind his desk in the Oval Office.

Shea in charge at USDA; Bonnie advising on climate

Kevin Shea is serving as acting agriculture secretary while Tom Vilsack awaits Senate confirmation to the position he held during all eight years of the Obama administration. Shea has been the administrator of the Animal and Plant Health Inspection Service since 2013.

Robert Bonnie, the leading advocate for creating an ag carbon bank at USDA, is now in position to carry out his plan. The former USDA undersecretary for natural resources has been named deputy chief of staff for policy and senior adviser for climate.

Also notable: Ag policy veteran Matt Herrick has left the International Dairy Foods Association to become communications director for USDA. Herrick served as a spokesman for USDA and then for the U.S. Agency for International Development during the Obama administration.

Read our story here for more on USDA’s new staffing. 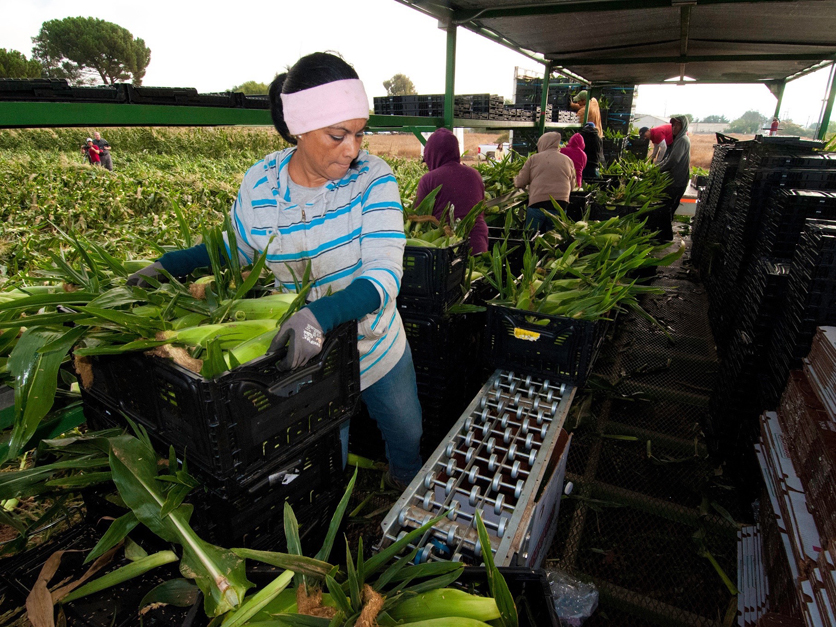 Biden puts focus on immigration, but can he get a deal?

Biden released a proposal on immigration reform even before taking office, but the plan’s focus is on a path to citizenship for undocumented workers, and any deal that can pass Congress is likely going to have to address H-2A.

On Capitol Hill, Sen. Robert Menendez, D-N.J., told reporters he would be reaching out to other senators to develop a broad compromise on immigration reform. Among the senators he wants to talk to are members of the Gang of Eight who negotiated a 2013 bill.

Ag reaction: Allison Crittenden, a director of congressional relations at the American Farm Bureau Federation, said she was struck by the absence in Biden’s proposal of any language addressing H-2A. The contemplated bill “only seeks to address the challenges facing farmers who have employees that have documentation challenges,” she said.

Dave Puglia, president and CEO of Western Growers, said his group would be working to ensure “a streamlined temporary nonimmigrant program that provides a reliable future flow of guest workers.”

Farmworker Justice President Bruce Goldstein said “after the last four years of an administration intent on terrorizing and scapegoating immigrants, it is encouraging to see an administration prioritizing the wellbeing of the people who put food on our tables.”

The Renewable Fuels Association filed a petition for review and an emergency motion in the U.S. Court of Appeals for the District of Columbia, to block EPA from granting three small refinery exemptions.

On Tuesday evening, the agency issued two exemptions for compliance year 2019 and one for 2018.

“To avert additional harm to the ethanol industry, EPA must be prevented from returning any compliance credits to the unidentified refiners who were given these last-minute exemption handouts,” RFA President and CEO Geoff Cooper said.

Three South Dakotans convicted of selling misbranded beef were among the 73 people that former President Donald Trump pardoned shortly before he left office.

Gregory, Deborah and Martin Jorgensen were convicted in 1996 after they were found to have “mixed in inferior, commercial beef trim” with their premium beef, the Trump White House said in its summary of the pardon decision.

“Since their convictions in 1996, the Jorgensens have served their community devotedly,” the White House said. “Gregory was elected twice to the Tripp County Board of Commissioners and spearheaded infrastructure projects to improve access for Native American communities.

Deborah Jorgensen is a lifelong member of a non-profit dedicated to promoting educational opportunities for women.”

Martin Jorgensen, whose pardon was posthumous, was once named the National Cattlemen’s Association Businessman of the Year.

European Council President Charles Michel on Wednesday welcomed Biden’s presidency and said he hopes the European Union and the United States can repair their fractured relationship, including the improvement of trade.

“Today is more than a transition,” Michel said in a speech before the European Parliament, which represents the individual governments of nations in the EU. “Today is an opportunity to rejuvenate our transatlantic relationship, which has greatly suffered in the last four years.”

Talks between the U.S. and EU over a free trade agreement remain idle amid trade tensions and tariffs over steel and aluminum as well as airplane subsidies and digital service taxes. Both sides have levied tariffs on agricultural products, such as cheese and wine.

“So, on the first day of his mandate, I address a solemn proposal to the new U.S. President: let's build a new founding pact,” Michel said. “For a stronger Europe. For a stronger America. For a better world.”

The data is not all in yet, but the European Union has already set a new record for pork exports in 2020 with only 10 months reported, according to USDA's Foreign Agricultural Service.

EU countries set a record in 2019 when they exported 3.55 million metric tons of pork, but the total has already inched past that level from January through October in 2019. The FAS says skyrocketing demand from China, which lost much of its pork production to outbreaks of African swine fever, is the primary factor behind the boost to European exports.

He said it. “During my visits to farms in all 50 states, I have learned that while accents and commodities may vary, the heart of the farmer remains the same. Agriculture is a selfless profession of men and women who strive to feed a growing population.” Former Ag Secretary Sonny Perdue, in a series of farewell tweets Wednesday.