As Jessica Rosenworcel transitions into the role of acting chair of the Federal Communications Commission, rural broadband leaders are expecting her to maintain her criticism of the agency's broadband coverage maps and keep a focus on identifying gaps in high-speed internet service.

Rosenworcel, who has been an FCC commissioner since 2012, has been a staunch critic of Pai moving forward with rural broadband funding programs before broadband maps show which areas of the U.S. do and do not have high-speed internet.

In a note from FCC Acting Chairwoman Rosenworcel Tuesday, she said the commission, during their upcoming Feburary meeting, will hear about the work the agency is doing to improve its broadband maps.

"I’ve always said you cannot manage what you do not measure. But for too long, the FCC has lacked the data it needs about precisely where service is and is not throughout the country," Rosenworcel said. She further stated it is good to see "Congress just appropriated $65 million to help the agency develop better data for improved maps so we can get started on this in earnest."

That was also evident last week after she blasted the Trump administration’s rural broadband deployment report, which said the digital divide is closing.

“If this crisis has revealed anything, it is the hard truth that the digital divide is very real and very big,” Rosenworcel said in a statement.

On Jan. 19, the FCC released its annual broadband report touting “significant progress” in closing the digital divide. The report claimed the gap between urban and rural areas with 25 megabits per second download and 3 megabits per second upload speeds of fixed broadband service has dropped more than 46% since 2016.

It further stated roughly 83% of rural Americans lived in areas served by 25/3 broadband service. But Rosenworcel was extremely skeptical.

“There are people sitting in parking lots using free Wi-Fi signals because they have no other way to get online. There are students who fall in the homework gap because they lack the high-speed service they need to participate in remote learning,” Rosenworcel said.

Speaking before a House Appropriations Subcommittee last March, she said, “We need to have maps before money and data before deployment.

“Let’s take just a little time to make sure they are better.”

However, it could be difficult for Rosenworcel to do much with only a total of four commissioners at the FCC. The commission typically has five commissioners, with three coming from the party in control of the White House.

Despite the FCC's current dynamics, Mike Romano with NTCA-The Rural Broadband Association expects improving rural broadband access will be an area where the FCC can move ahead.

Pai: The digital divide has to be our top priority
Daybreak April 10: Ag hurt ‘very badly’ by COVID-19, Trump says 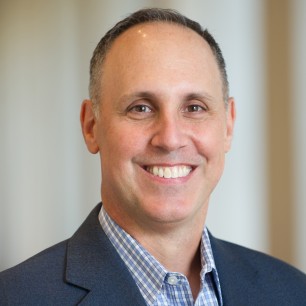 “One of the things Chairwoman Rosenworcel has been interested in from the start is making sure every American, rural or urban ... has the ability to get robust and affordable broadband,” Romano told Agri-Pulse.

He said docket orders relating to rural broadband have been moved in the past by both sides. Romano also said with Rosenworcel leading the commission during the interim, it provides continuity for the agency.

“The fact is that the FCC has processes already underway to improve the maps," Romano said. "It’s clear that she would have liked these processes to move much faster than they have, but the pieces are now in place for things to move — specifically, the FCC will be able to start gathering new, more granular reports from providers in coming months, and it has the funding now to create better underlying maps on top of which those reports would sit."

He noted while he could not weigh in on her anticipated agenda as a whole, he thought it safe to say, given her strong focus on mapping concerns in the past, that moving on these implementation pieces will presumably be near the top of her agenda.

Jon Conradi with Connect Americans Now, a coalition of organizations and companies representing voices from agriculture to health care, said there is widespread bipartisan agreement that in order to tackle the rural broadband mapping issue, access must be measured and locations must be identified.

He said this became evident after Congress passed the Broadband Data Act, which requires the FCC to change how broadband data is collected, verified, and reported in more granular service availability data. The act passed Congress in March 2020 and was funded in the last omnibus.

“It’ll be up to new leadership at the FCC, in order to swiftly implement those changes in a way that solves this problem once and for all to better guide both public and private investments in tackling the broadband gap,” Conradi told Agri-Pulse.

At this time, it is uncertain if Biden will appoint a different chair or formally nominate Rosenworcel to lead the commission on a permanent basis. Even though Rosenworcel was tapped as acting chair, it does not mean she will get the top spot, but National Grange President Betsy Huber said her experience warrants it.

“She’s been at the FCC for more than 20 years, so I hope President Biden takes that experience into consideration. I think her experience would definitely make her a good candidate for chairwoman,” Huber told Agri-Pulse.

Rosenworcel was appointed by former President Barack Obama to serve on the commission and confirmed to the position in May 2012. She served a five-year term until to January 2017 and was confirmed by the Senate in August 2017 to serve an additional five-year term.

Prior to joining the FCC, Rosenworcel served as senior communications counsel for the United States Senate Committee on Commerce, Science, and Transportation, under the leadership of Sens. Jay Rockefeller, D-W.V., and Daniel Inouye, D-Hawaii, according to the FCC.