President Joe Biden’s proposal to provide a path to legal status for illegal immigrants offers farm groups a new chance to persuade Congress to expand the availability of guest workers for agriculture, but winning critical Republican support for a major immigration bill could be harder than ever in the post-Trump era.

Congress hasn’t passed comprehensive immigration reform in 25 years, the year the H-2A visa program was first authorized. In 2013, the Democratic-controlled Senate passed a sweeping bipartisan bill that included an expansion of H-2A as well as legalization of undocumented workers.

However, that deal eventually died in the House, which was then under Republican control, and some of the GOP senators who backed the 2013 bill say they don’t think a comprehensive immigration measure can pass the Senate this time — or should be a priority.

“Given all the other challenges we're facing as a country, I think those have to take precedence” over immigration reform, said Sen. Marco Rubio, R-Fla.

Biden’s proposed U.S. Citizenship Act of 2021 would make no changes in the H-2A program, but, in a recent conversation with farm group leaders, Agriculture Secretary nominee Tom Vilsack said he hopes Congress would fold in the Farm Workforce Modernization Act, which passed the House in 2019. That bill would expand the H-2A program to year-round farmworkers and provide growers with some relief on wage rates.

For farm groups, an expansion of the H-2A program must go hand in hand with legalizing undocumented workers, a million of which work in agriculture. Many would be expected to leave agriculture if they get legal status. Moreover, H-2A visas can't be used to import year-round workers until Congress changes the law. 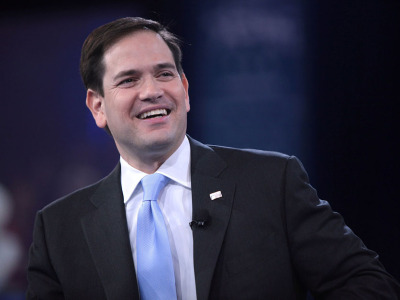 Chuck Conner, president and CEO of the National Council of Farmer Cooperatives and a leader of the Agriculture Workforce Coalition, a collection of farm groups that works on farm labor policy, said it’s too early to tell whether a major immigration bill can get through the Senate, or whether a smaller ag-related bill like the Farm Workforce Modernization Act might have a chance.

“There's an interest in the Senate — always has been — in a strong agricultural sector,” Conner told Agri-Pulse. “I can't believe the members of the U.S. Senate aren't going look at that and want to be helpful in as many ways as they possibly can.”

The incoming chairmen of the Foreign Relations and Judiciary committees, Sens. Bob Menendez, D-N.J., and Dick Durbin, D-Ill., respectively, both say they would be talking to some Republicans about a possible compromise. Menendez and Durbin were members of the Gang of Eight that negotiated the 2013 bill.

“I've reached out to half a dozen Republicans on immigration,” Durbin told reporters last week. “They have been open to the conversation. We haven't agreed on anything, but they've been open to it, and that's what it's going to take.”

But former President Donald Trump successfully made an issue out of the 2013 bill during the 2016 campaign, and two GOP members of the Gang of Eight, Rubio and Lindsey Graham of South Carolina, express pessimism that similar legislation will get anywhere in this Congress. Rubio was pilloried during the 2016 presidential primaries for his role in the Gang of Eight.

Democrats control the 50-50 Senate only because Vice President Kamala Harris can break ties, and they would need at least 10 Republican votes to end a filibuster. Democrats technically could do away with the filibuster — Majority Leader Charles Schumer, D-N.Y., refused to protect it under a new Senate organizing resolution — but two Democratic senators now insist they won't agree to end the filibuster.

"It sounds like Democrats don't have their party fully supporting the idea of getting rid of the filibuster. That means that anything that passes the Senate (in regards to immigration policy) will have to be bipartisan," said Allison Crittenden, director of congressional relations for the American Farm Bureau Federation.

Graham says Biden’s bill is “to the left” of the Gang of Eight compromise and the most Congress is likely to do is to pass legislation addressing the Dreamers, immigrants who were brought to the United States illegally as children and how have temporary legal status under the Deferred Action for Childhood Arrivals (DACA) program.

“I just think comprehensive immigration (reform) is going to be a tough sale, given this environment, but doing DACA I think is possible,” he told reporters. 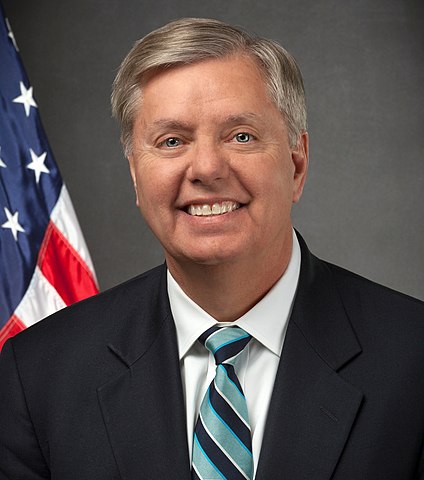 Rubio and Graham both noted the lack of border security measures in Biden’s bill. The 2013 compromise would have proved $30 billion for border security. “ironically, had that bill been passed and signed into law, President Trump wouldn’t have had to fight for all he money for the wall. He would have had much more than even he asked for,” Rubio told reporters.

Rubio, who is considered a likely presidential candidate in 2024, also contends that Biden’s proposal to legalize undocumented workers will encourage more people to leave Central America and try to enter the United States. “People sort of read it that there’s going to be a very permissive environment for people to come here and overstay visas or come here and enter illegally,” he said.

The two other GOP members of the Gang of Eight were the late Sen. John McCain and former Sen. Jeff Flake, both of Arizona.

Adding to the urgency of the labor issue for farm groups is that the Trump administration failed to come through with administrative reforms to the H-2A program, including changes in the way that the wage rates are calculated. The Labor Department finalized a rule in November that would have ended the practice of basing rates on an annual USDA survey of farm labor wages, but a judge in late December struck down the regulations, less than a month before Trump was set to leave office Jan. 20.

On Jan. 15, the department announced that it had finalized additional rule to streamline other H-2A regulations, but the measure was not published in the Federal Register before Trump left office, and the incoming Biden administration has now withdrawn it.