USDA has announced the appointment of three new deputy undersecretaries and a handful of key staff appointments as the department begins to fill positions with Biden administration officials.

Stacy Dean has been tapped to be the deputy undersecretary for food, nutrition and consumer services, overseeing the Food and Nutrition Service. Dean has been with the Center for Budget and Policy Priorities since 1997, and most recently was vice president for food assistance policy. Justin Maxson, CEO of the Mary Reynolds Babcock Foundation, has been named deputy undersecretary for rural development, and Mae Wu has been named deputy undersecretary of marketing and regulatory programs, overseeing the Animal and Plant Health Inspection Service and the Agricultural Marketing Service. Wu previously worked as a senior director at the Natural Resources Defense Council. To read more on the three appointments, click here.

Mike Schmidt has been tapped to be the senior adviser in the Office of the Undersecretary for Farm Production and Conservation. Previously, Schmidt was senior professional staff for Sen. Debbie Stabenow, D-Mich., on the Senate Agriculture Committee. Marcus Graham is now the deputy administrator for field operations in the Farm Service Agency. Most recently, Graham was the legislative director in FSA's Office of External Affairs. Matt Herrick has been named director of communications in the Office of Communications. Herrick previously served as senior vice president of the International Dairy Foods Association and also served as USDA’s director of communications during the Obama Administration. 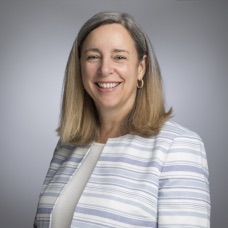 USDA has announced Heather Dawn Thompson as the new director of the Office of Tribal Relations. Thompson is a member of the Cheyenne River Sioux Tribe, a Harvard Law School graduate, and an expert in American Indian law, tribal sovereignty, and rural tribal economic development. Thompson most recently served as a member of the American Indian Law Practice Group at Greenberg Traurig, where she worked on federal Indian law and Tribal agriculture.

The Environmental Protection Agency has announced members of its incoming leadership team. Radha Adhar will be the deputy associate administrator for congressional affairs. Adhar previously served as senior policy adviser for Sen. Tammy Duckworth, D-Ill., covering energy, environmental and science issues. Vicki Arroyo returns to EPA after serving as executive director of the Georgetown Climate Center for 12 years. She will be the associate administrator for policy. Alison Cassady will be the deputy chief of staff for policy. She most recently served as the deputy staff director for the House Select Committee on the Climate Crisis. Dimple Chaudhary joins EPA after serving as deputy litigation director at the Natural Resources Defense Council. She will be the new deputy general counsel for Nationwide Resource Protection Programs. Rosemary Enobakhare also returns to EPA to be the associate administrator for public engagement and environmental education. She most recently has been the director of campaigns at The Hub Project. Philip Fine is the new principal deputy associate administrator for policy. He spent the last 15 years at the South Coast Air Quality Management District in Southern California, most recently serving as the deputy executive officer for the planning, rule development and area sources division.

Radhika Fox has been appointed to be the principal deputy assistant administrator of the Office of Water. She was previously the CEO of the U.S. Water Alliance. Michal Ilana Freedhoff has been tapped to be the principal deputy assistant administrator for chemical safety and pollution prevention. Freedhoff comes to EPA from the Senate Environment and Public Works Committee, where he was minority director of oversight. Appointed to principal deputy assistant administrator for the Office of Air and Radiation is Joseph Goffman, who most recently served as executive director of the Environmental and Energy Law Program at Harvard Law School. Lindsay Hamilton has been tapped to be the associate administrator for public affairs. She comes to EPA from Climate Nexus, where she was senior director of national media strategy. Sinceré Harris will be the White House liaison. Since 2015, she has served as the executive director of the Pennsylvania Democratic Party.

Melissa Hoffer has been appointed principal deputy general counsel at EPA. She previously was with the Massachusetts Attorney General’s Office, where she served as the chief of the Energy and Environment Bureau. Casey Katims will be the deputy associate administrator for intergovernmental affairs. Katims most recently served as director of federal and interstate affairs for Washington Gov. Jay Inslee. John Lucey has been hired to be the special assistant to the administrator. Lucey previously worked at the North Carolina Department of Environmental Quality, most recently as the chief strategy officer. Dan Utech will be the chief of staff. Utech has over 20 years of experience in the federal environmental and energy sectors.

Tate Bennett has gone to the private sector and has taken a job with Forbes Tate Partners, helping build upon the firm’s agriculture and food policy portfolio. Most recently, Bennett was at the White House National Economic Council, where she served as special assistant to the president for agriculture, trade and food assistance. Before that, she held various roles at EPA.

Caitlin Kennedy Eannello is leaving the National Association of Wheat Growers, where she served as the director of communications, effective Jan. 29. She is headed to the Department of Homeland Security. 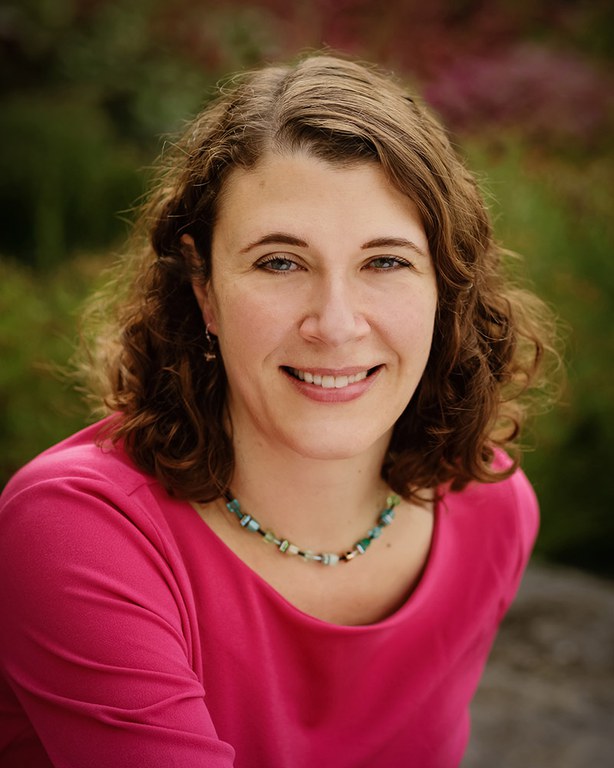 The National Academy of Sciences has awarded the 2021 NAS Prize in Food and Agriculture Sciences to Christina Grozinger for her work addressing the pollinator crisis. Grozinger is a professor of entomology and the director of the Center for Pollinator Research at Pennsylvania State University. The NAS Prize is endowed by the Foundation for Food and Agriculture Research and the Bill and Melinda Gates Foundation.

Candice Herndon has been named President of IFCO North America, a provider of reusable plastic containers for fresh food packaging. Herndon comes to IFCO from CHEP, where she was vice president of European key accounts and was Inbound Solutions Business lead.

Rachel Millard is leaving the Commodity Futures Trading Commission, where she served as the deputy director of the office of public affairs, and is headed to Edelman’s Financial Communications team. Before joining the CFTC, Millard was the communications director for the House Ag Committee.

Rep. Tracey Mann, R-Kan., has announced additional members of his D.C. staff. Laura Schlapp is Mann’s communication director. She previously worked at the Department of Defense and most recently served as regional media director for Vice President Mike Pence. Katherine Thomas is the new deputy legislative director. She previously worked on agriculture issues for former Sen. Pat Roberts, both as a legislative assistant on the Senate Ag Committee and as senior agriculture policy adviser in his personal office.

Logan Penfield has left the office of Sen. Mike Rounds, R-S.D., where he was a legislative assistant covering agriculture and environmental issues. He has returned to his native South Dakota and has accepted a job with the Realtor Association of the Sioux Empire.

The Ecosystem Services Market Consortium welcomes Andrew Lentzand Lizzie Roseto its team. Lentz has been hired to be a policy director, working to develop ECSM’s national policy plan. He comes to ECSM from Deloitte where he served as a senior lead in the firm’s policy and government relations office. Rose has been brought on as a project coordinator. Rose is a graduate of St. Olaf College, and holds a Master of Natural Resources Stewardship with a specialization in Forest Sciences from Colorado State Universit

AgBiome has named Dr. Marijn Dekkers as the company's new chairman. Dekkers is the founder and chairman of Novalis LifeSciences, an investment and advisory firm for the Life Science industry. He previously served as the CEO of Bayer AG, and before that, was CEO of Thermo Fisher Scientific Inc.

The Transportation, Elevator, and Grain Merchants Association (TEGMA) has selected Terry McDermott, director of supply chain for Bunge North America, as the new chairman of the board of directors. He succeeds outgoing chairman Scott Mills, senior vice president, The Andersons. Wyatt Brummer, vice president of western rail grains for The Scoular Company, was elected as first vice chairman, and Greg Beck, senior vice president of the Grain Division at CGB Enterprises, was elected second vice chairman.

The International Poultry Council (IPC) Working Groups have chosen Anne-Marie Neeteson, Shraddha Kaul and Erica Charlton to lead WGs on Animal Health and Welfare, Communication and Food Safety and Processing. Neeteson has been responsible for welfare and sustainability in Aviagen Group since May 2011. Kaul is the director of external affairs for the British Poultry Council. Charlton represents the Canadian Poultry and Egg Processors Council, where she has held the position of CPEPC Technical Director since 2006.

David Kubik has been hired by the Illinois Soybean Association as its public policy manager. Kubik previously served as a communications specialist for the Illinois House of Representatives. 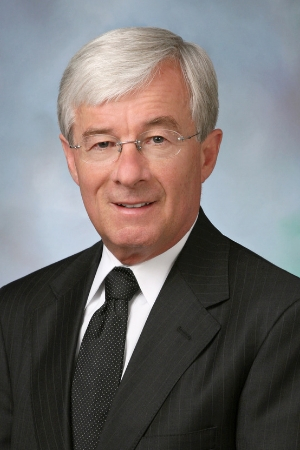 Sonia Muñoz has retired from the U.S. Wheat Associates (USW) after serving 39 years with the organization. Muñoz retired as regional program director for the USW Santiago Office, where she helped manage South American regional programs.

Floyd Gaibler passed away Jan. 21, due to complications from surgery. Gaibler had a colorful and diverse career serving in roles at USDA, U.S. Grains Council, International Dairy Foods Association, the Lesher & Russell consulting firm, and elsewhere. He represented almost every sector of the U.S. agricultural sector over the past 45 years in Washington and left an impact on many people who he worked with. To read more on Gaibler’s career, click here.

Jerold Harris of Parkville, Mo., passed away Jan. 15 at the age of 79. A graduate of Colorado State University, Harris began his career in 1963 with the Farm Credit System. In 2007, he retired as president and chief executive officer of US AgBank. He then served on the board of directors of American AgCredit in Santa Rosa, Calif., until 2017. No formal services will be held at this time. Memorial contributions are suggested to Children's Mercy Hospital, Kansas City, Mo., and may be left in care of Meyers Northland Chapel.

Dairy industry advocate Gaylord Joe Lyon passed away on Jan. 22. He was 92. At a young age, Lyon and his cousins started showing his family’s dairy cattle all around the country, later creating a world-renowned breeding herd of dairy cattle called Lyon Jerseys. He even shook the Queen of England’s hand after judging her own Jersey herd. This led him to embark on a journey to reform the existing farm milk pricing system. He was appointed by President Ronald Reagan as the only Democrat on the inaugural National Dairy Board in early 1984 and served as president of the American Jersey Cattle Club in 1970. He often referred to himself as “The Husband of the Butter Cow Lady” being a proud supporter of his wife Duffy Lyon, who gained world renown for her nearly fifty years of sculpting the butter cow at the Iowa State Fair.

This week’s Open Mic guest is U.S. Senate Majority Whip Dick Durbin. The Illinois Democrat has long been concerned about a changing climate and the challenges it poses for the nation and its farmers. Durbin supports the American Jobs Act and recognizes the agriculture industry’s concerns over tax amendments to pay for the investment. He continues to work for immigration reform with a strong agriculture worker component and hopes for new efforts to expand market opportunities for farmers and ranchers.
Listen Here

The Biden administration rolled out a plan to conserve 30% of the nation's land and water by 2030 this week, and House Ag Committee Republican Dusty Johnson is among many looking for specifics on what this means for American agriculture. In this interview, the South Dakota Republican offers his thoughts on that as well as where he sees infrastructure and beef cattle market reforms going in 2021.