The Senate Agriculture Committee is expanding its membership with three new Democrats, including Sen. Cory Booker, D-N.J., a vegan who’s a sharp critic of large-scale livestock farming as well as checkoff programs. He also has pushed for big increases in conservation spending to address climate change. The other new members: Newly elected Sen. Raphael Warnock of Georgia and Sen. Ben Ray Lujan of New Mexico. Lujan had a near-perfect record with the League of Conservation Voters as a House member. Pennsylvania Democrat Bob Casey is leaving the panel. Republicans haven’t announced their membership yet, but freshman Kansas Sen. Roger Marshall, R-Kan., is expected to get a seat. The committee’s incoming chairwoman, Debbie Stabenow of Michigan, has also taken a seat on the Environment and Public Works Committee, which will broaden her influence when it comes to climate policy.

Montreal native, Danny Dumas has been hired by Courchesne Larose, a Canadian wholesaler, to be the new president of Courchesne Larose USA. Dumas was most recently the senior vice president of North American sales, marketing and product management for Del Monte Fresh, a position he resigned from in May 2020. 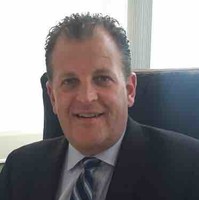 United Natural Foods has named Dorn Wenninger its senior vice president of produce. Bringing more than 25 years of experience in the procurement, sales, marketing, and operations of packaged foods and retail companies, Wenninger most recently served as vice president perishables for Walmart Mexico.

Mastronardi Produce, a distributor of fresh fruits and vegetables based in Canada, has brought on Caitlin Tierney to expand the company’s western region as the new business director of western operations. Tierney has held roles with SpartanNash, Fresh Direct, Fresh & Easy and 99 Cents Only Stores, as well as a seed-side marketing role with Bayer CropScience Specialty Seeds, and also sits on the board of directors for the Fresh Produce and Floral Council.

Before leaving his office, Secretary of Agriculture Sonny Perdue selected the members to serve on the National Honey Board. Newly elected and serving a three-year term are Christopher Olney, Joan Gunter, and Greg Olsen. Michelle Poulk, who served a vice-chairperson in 2020, was elected as the new chairperson and Maren Marten, who joined the board in 2019, will now serve as vice-chairperson. Lisa Hansel was re-elected as secretary treasurer.

Marrone Bio Innovations appointed Suping “Sue” Cheung to be the new chief financial officer, effective Feb. 18. Cheung brings 28 years of experience to the position. She is a certified public accountant and previously was the CFO of QuickLogic Corp. She succeeds James Boyd, who will be retiring.

USDA has announced individuals who will fill key staff positions. Rebecca Piazza has been named senior adviser for delivery in the Office of the Undersecretary for the Food, Nutrition, and Consumer Services. Most recently, she served as vice president of program delivery at Nava Public Benefit Corporation. Steffanie Bezruki was selected to be chief of staff in Rural Business Services. Bezruki spent the last seven years on Capitol Hill, most recently as Former Rep. Abby Finkenauer’s, D-Iowa, legislative director. Abbey Meller is now a confidential assistant in the Office of Congressional Relations. She previously served as an organizing associate at the Center for American Progress. Paul Zeiss will report to the Office of Intergovernmental Affairs as a confidential assistant. Before joining USDA, Zeiss served in various capacities on President Joe Biden’s campaign, most recently as a field organizer. Tharun Vemulapalli was named confidential assistant in the Office of the Undersecretary for Farm Production and Conservation. Vemulapalli previously served as a field organizer for the Democratic Party.

Samuel Negatu now works at the Office of the U.S. Trade Representative as the director of congressional affairs. He previously served as the legislative director to Rep. Jimmy Gomez, D-Calif.

Rob MacGregor now serves as a Republican professional staff member for the House Natural Resources Committee under Rep. Bruce Westerman, R-Ark. MacGregor previously worked at the Department of Agriculture as a senior adviser.

Savannah Block has left Capitol Hill and has moved to the private sector to start a new job with Novozymes as a government relations associate. Block previously worked in Sen. John Hoeven’s, R-N.D., office as a legislative aide covering the agriculture and food, animal welfare, and telecommunications portfolio. Her first day was on Monday. 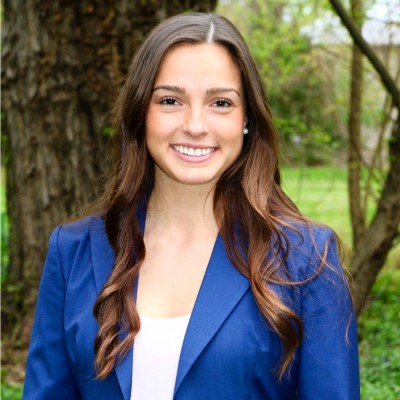 Greg Dotson is now the Democratic chief counsel for the Senate Environment and Public Works Committee, under Sen. Tom Carper, D-Del. He previously worked for the Center for American Progress as a senior fellow and before that was the vice president for energy policy. Dotson is also a professor at the University of Oregon School of Law. He replaces Andrew Rogers, who has taken a job with the Federal Highway Administration as the new chief counsel. Taylor Meredith has joined the Senate Environment and Public Works Committee as a counsel for the panel's Republicans. Meredith comes to the Hill from the Environmental Protection Agency where she most recently served as a senior adviser to the administrator.

Adam Tomlinson now works for the Senate Environment and Public Works Committee as an aide on the committee's GOP staff. Tomlinson previously worked for Sen. Shelley Moore Capito, R-W.V., as her legislative director. J.T. Jezierski is now Capito’s legislative director. He covers the portfolio for appropriations and emergency management. He previously served as Capito’s appropriations director.

John Tanner is the Republican deputy staff director for the Senate Energy and Natural Resources Committee. He previously served as the principal deputy assistant secretary at the Department of the Interior for the Fish, Wildlife and Parks Division.

Jennifer Cox is now the chief of staff for Sen. Mark Kelly, D-Ariz. She previously served as Kelly’s campaign manager.

Kaleb Froehlich has replaced Mike Pawlowski as chief of staff for the office of Sen. Lisa Murkowski, R-Alaska. Froehlich previously was director of legislative and regulatory affairs at Holland & Hart.

Sage Saffron has joined the National Milk Producers Federation helping to advance sustainability practices in the dairy industry. Saffron recently completed an internship with the National Association of State Departments of Agriculture as the Fall 2020 public policy intern.

Susan Shultz has been tapped to lead the American Sheep Industry Association as its next president. Shultz had served as vice president the past two years and as secretary/treasurer the two years before that. Shultz operates Bunker Hill Farm with her husband, Bill, and their son, Joe, in Ohio.