The new chairman of the House Agriculture Committee, Georgia Rep. David Scott, passed his first test as Democrats stuck together Wednesday night to advance their piece of a sweeping $1.9 trillion stimulus package.

Republicans took aim at a key provision of the stimulus package that pays off USDA farm loans held by minority farmers. Republicans charged that it was unfair and potentially unconstitutional.

But Scott, the committee’s first Black chairman, stood by the plan, which was the result of discussions with key senators and the Biden administration. “There has been no one who has been discriminated against in the whole agriculture industry like African Americans, who deserve some compassion and understanding,” Scott said.

Take note: Rep. Randy Feenstra, R-Iowa, made a splash in his first committee meeting, winning adoption of an amendment that forced Iowa Democratic colleague Cindy Axne to break party ranks. Feenstra’s amendment would earmark some of the bill’s funding for farmers hurt by last summer’s derecho.

How to make a point: The meeting was held online, and Rep. Michelle Fischbach, R-Minn., was in the middle of arguing that the bill shorted rural broadband needs when her balky connection cut out. Rep. Vicky Hartzler, R-Mo., jumped in to observe, “She’s making her point about rural broadband is an issue, and she’s having connectivity problems.”

Read our report on the stimulus package here.

China missed the purchasing goal set in the “phase one” agreement for the 2020 calendar year, even though the Chinese imported record amounts of U.S. ag commodities, according to a new analysis from the American Farm Bureau Federation.

AFBF calculates that China’s ag purchases totaled $27.2 billion last year, well short of the goal. And the 2021 commitment will be even harder to hit.

The 2020 goal set in the text of the deal is $36.5 billion, but the Farm Bureau calculates that commitment to be $33.4 billion when factoring in the cost of shipping and freight. China’s two-year commitment is the equivalent of $73 billion, so ag exports will have to hit $45.8 billion to meet that, AFBF says.

Two hemp industry groups are looking for about 20 people to serve on a task force that will develop a proposal for a checkoff program funding research, education and promotional activities for the crop.

Leaders from the National Industrial Hemp Council and the Hemp Industries Association say they want the task force to be geographically diverse and represent all facets of the industry, from farming to processing to CBD manufacturing. The group’s work is expected to take about 18 months.

One important question to be addressed is the size of the budget needed to fund activities and precisely what those activities would be. That will help determine how much growers and other checkoff participants would be assessed. 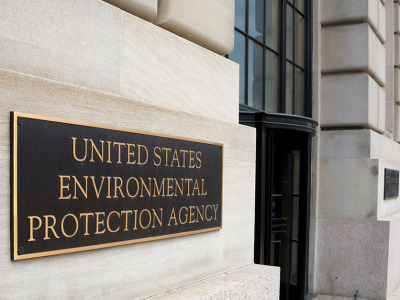 EPA’s internal watchdog says the agency’s process of granting Special Local Needs, or SLN, pesticide registrations needs an overhaul. “Without a system of management controls, publicly available data, and clear and consistent stakeholder communication, the SLN program is at risk of not effectively promoting risk reduction and pollution prevention,” the agency’s Inspector General says in a new report.

The program has been used historically to allow states to register pesticides for pest problems that cannot be addressed by federally registered chemicals. But it also has been used to restrict uses, such as by setting cut-off dates, as in the case of dicamba.

The Office of Pesticide Programs agreed with the OIG’s recommendations to improve the program, which include development of a database and standard operating procedures to allow SLN applications to be reviewed consistently.

A Hong Kong farm has been forced to cull another 590 pigs after more animals there tested positive on Feb. 6 for African swine fever – the virus that already forced China to depopulate much of its swine population.

Two days earlier – on Feb. 4 – the Hong Kong farm culled 240 pigs that shared a shed with six infected cohorts, according to a report from USDA’s Foreign Agricultural Service.

“The Hong Kong government assured farmers and the public that they have stepped up surveillance of all farms in Hong Kong and encouraged farmers to report on any abnormalities concerning the health of their pigs,” says FAS.

Food prices on the rise

Supermarket prices are up 3.7% over the past 12 months, according to the latest Consumer Price Index. Prices for all major categories up, ranging from an increase of 2.5% for cereals and bakery products to 5.1% for meat, poultry, fish and eggs.

He said it. “I know you’ve been given your marching orders, but this process really stinks.” – House Ag Committee’s ranking member, Glenn “GT” Thompson, complaining that Republicans had no input in writing the draft of the stimulus package.

The committee has had occasional partisan breaks before, including in 2018 when Republicans attached cuts in nutrition assistance to its farm bill.