European farmers and ranchers offered their support as the EU signed pacts with Mexico, Japan, Singapore and South Korea, but they are raising alarms now over a massive deal with four South American countries that make up the Mercosur trade bloc.

The EU and Mercosur — Brazil, Argentina, Uruguay and Paraguay — signed a draft of the bloc-to-bloc pact in 2019 and talks to finalize it are ongoing.

European negotiators traded away increased access for South American beef, poultry, sugar and poultry in exchange for the ability to sell more cars and other products to Mercosur, and the result will be devastating for European farmers, according to some of the biggest agricultural organizations in the European Union.

Farmers in Europe are already bracing for more regulations and production expenses under the proposed European Green Deal, but under this new trade pact, they are also going to be asked to compete with billions of dollars of new South American imports, says Daniel Azevedo, director of commodities and trade for COPA-COGECA, the largest umbrella group for European farmers and cooperatives.

It’s simply not fair to ask European producers to contend with influxes of commodities that are cheaper and sourced from countries with comparatively lax standards, he told Agri-Pulse. 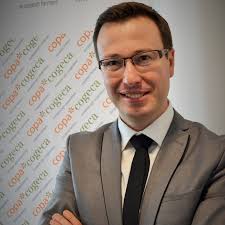 For example, Mercosur farmers are free to use pesticides that contain dozens of chemicals that are banned in the EU.

The expected impacts on beef and poultry trade are good example of the problems that the European producers fear, according to the EU’s Association of Poultry Processors and Poultry Trade, or AVEC, COPA-COGECA and other groups.

The European Union already imports about 262,700 metric tons of beef from Mercosur countries, but the trade pact would lower tariffs and create tariff rate quotas to allow in an extra 99,000 tons, according to the producer groups.

EU government officials who communicated with Agri-Pulse mostly dismissed the fears, pointing to a study showing “a limited impact on prices and production” and stressing that the agreed-upon tariff rate quota is too small to hurt European producers.

The study includes the impacts from 12 separate free trade agreements that have either been completed or are close to be completed — such as the pact with Mercosur.

“For certain sensitive products such as beef, poultry, sheep, sugar, and rice, imports are indeed projected to increase,” said one EU official who asked not to be named in this article. “However, the study shows that whenever a realistic outcome for trade agreements is modeled, notably granting preferences under the form of TRQs — the impacts on the EU agri-markets are manageable, with limited impacts on price and production levels.”

But when it comes to beef, the study is clear that European imports will rise significantly, and much of that increase will be a direct result of just one FTA — the Mercosur pact.

European beef imports would increase by as much as the equivalent of $744 million annually, and $511 million of that total would be from Mercosur countries, the report concludes.

Overall, the report concludes that Mercosur agricultural exports to the EU will increase by about $2 billion, but one government official says that amount isn’t as high as it may seem because “those gains will be distributed over sectors and there will be no particular product where the increase in imports from Mercosur will be overwhelming.”

“The market access that we will be granted (in Mercosur markets) in terms of wine, dairy, olive oil and some fruits and vegetables will not compensate for the losses in other sectors,” Azevedo said.

When it comes to beef, even a small amount of imports can have a huge impact, say the European farm groups.

The European Commission argues that it’s letting in only a little more than 1% of European production, but the farmers say Mercosur exporters will only be shipping high-value cuts, representing about 8% of the cow, and that translates into 30% of the market returns for beef producers.

“After the deal is implemented with Mercosur, overall imports of high-value cuts will represent almost 30% of EU production,” according to an animated video released by the European farm groups. “This deal will transfer the bargaining power to third countries, lower the overall price and the replacement of 2 million (calves) in Europe.”

While industry representatives, like Azevedo and Jean-Baptiste Boucher, the communications director for COPA-COGECA, say their farm group members across the EU are not yet advocating for the abandonment of the Mercosur trade pact, that could quickly change if it is not changed to address their concerns. 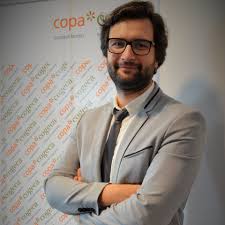 Time is running out to get that done, says Boucher. That’s why the farm groups have begun a social media campaign to reach out to the European Parliament — the only directly elected body in the EU, where officials represent member countries. Parliament, he said, is not yet fully onboard with the trade pact.

And that’s why the European Commission reached out to the Mercosur countries about a year ago to propose a separate agreement that will be annexed to the pact. It’s that annex where the farm groups hope to see their concerns addressed, but time is running out and changes will be difficult, say Azevedo and Boucher. The commission is pushing to get the annex approved by the end of June, but it will likely be at least a couple more years before the EU can completely ratify the trade pact, they said.