Home » The pandemic is reshaping geopolitics, and citrus growers stand to benefit
WEST

The pandemic is reshaping geopolitics, and citrus growers stand to benefit

Most countries will never recover to the economic status they had before the pandemic struck, according to geopolitical analyst and author Peter Zeihan. This means the California citrus industry’s primary competitors are likely “going to vanish from the market.”

Zeihan, delivering a keynote speech last week for California Citrus Mutual’s Citrus Showcase, delivered three warnings to growers. Globalization, he said, isn’t ending but is already over. Recovery from COVID-19 is “almost upon us,” but only for North America, and the rest of the world may not have a recovery. Import-export markets for the U.S. industry’s competitors are going to get “a lot more simplified” in the years to come. Countries that are long-term customers for California citrus have a bright future, while the competition does not.

“The rules of the game as we understand them—as we have built our businesses for the last 60 years—are changing,” said Zeihan. “Because the world has evolved beyond what we understand.”

He argued the U.S. is the least globally involved economy in the world and the bipartisanship needed to bump up the country’s level of engagement disappeared years ago. The Trump administration, by prioritizing trade deals for South Korea, Japan, Mexico, Canada and the UK, combined with the coronavirus, changed trade relationships overnight. The country’s energy independence will also lead to stable prices for pesticides and fertilizers, while producers in the rest of the world “are going to face extraordinary challenges.”

Lemon growers, however, will still see rising competition from Argentina, Chile and South Africa. For the primary competition to orange growers, Egypt and Spain, “the short version is they’re screwed.”

In a follow-up panel discussion, grower Jim Finch called the Argentinian competition “very real and fairly new to us in lemons.”

“We know we have competition and we've been facing it for the last few years. But it sounds like it's only going to get worse,” said Finch, adding that the closing of restaurants during the pandemic led to one the industry’s worst years in over a decade.

Zeihan projected that a recession in China would cause their whole agricultural system, which is heavily subsidized, to fall apart. He encouraged commodity groups to explore new relationships in Southeast Asia—particularly Vietnam—as replacement markets for China. 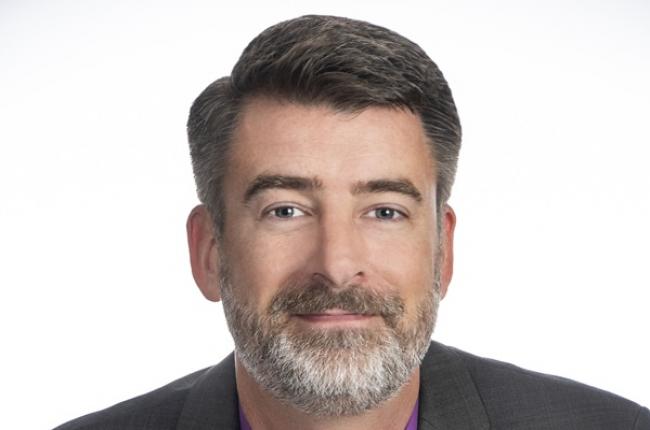 “If you don't do it soon, the Australians and the New Zealanders will beat you to it,” he cautioned. “So get in early, bring a fruit basket, bring a lot of bourbon, make friends.”

Keith Watkins, vice president of farming for Bee Sweet Citrus, was concerned to hear Zeihan say the market in China is going to implode in a year.

“We're seeing other opportunities in exports in Southeast Asia and in some of these developing countries,” said Watkins. “But we have put a lot of time into China.”

As far as labor issues, the traditional methods for tree fruit industries of hiring guest workers from Mexico and Central America are not going to work much longer. While that could happen years from now, Zeihan urged farmers to start planning for something else and even consider sponsoring refugees, if the political mood is right.

Another concern with Mexico, he explained, is that cartels have largely taken over citrus distribution in the country, which will be challenging for the U.S. to wrestle with in the bilateral relationship.

One surprise outcome from the geopolitical shifts may be that agriculture’s voice in Sacramento could grow stronger as the tech industry faces a significant economic challenge in the “de-globalization” process.

“That will probably be of a net benefit for you,” said Zeihan. “All of a sudden, the attraction of going to the coast isn't going to be there.”

With the need for a “rationalization” on water usage in California, he urged the industry to take the lead in how the state manages surface and groundwater resources.

Beyond the global issues, California Citrus Mutual Chairman Matt Fisher warned that farming costs have gone up 75% in the last 10 years.

“My message and my challenge to growers,” said Fisher, “is do your part and redevelop.”

He encouraged growers to work with their marketing team to find solutions and to not let the natural forces of market dynamics drive up costs.