Report: $11.5B in lagging facilities hampering US ag research

Land-grant universities continue to face a huge and costly backlog of deferred infrastructure needs that, left unaddressed, threaten U.S. agricultural competitiveness, according to a new report released by the Association of Public and Land-grant Universities.

The total tab across the 97 institutions is estimated at $11.5 billion, and the report’s analysis “suggests that colleges and schools of agriculture will require a sustaining annual investment of approximately $550 million each year just to keep deferred maintenance from growing.” Just six years ago, Gordian, the company that produced the report, estimated $8.4 billion in infrastructure and deferred maintenance needs.

“We have received reports from every type of institution that deteriorating facilities interrupt the pursuit of research and education excellence,” Douglas Steele, APLU vice president of food, agriculture and natural resources, said in a prologue to the report. “These challenges on campuses are more than a nuisance: they are a national economic threat.”

“The United States risks losing the ability to compete internationally if we ask our researchers and educators to conduct and deliver 21st century results in facilities from the 1950s and 1960s,” Steele said in a news release. “In order for these institutions to conduct cutting edge research in areas such as food safety and security they need cutting edge research facilities, not buildings with failing utility systems, leaky roofs, and outdated equipment.”

The report notes data showing that every dollar invested in ag research returns $10-$20 in benefits, and spending on the deferred maintenance would generate 200,000 jobs.

APLU’s Board on Agricultural Assembly “calls upon Congress and the administration to provide resources to update the invaluable network of extramural research facilities via a grant program administered through the National Institute of Food and Agriculture,” Steele said. 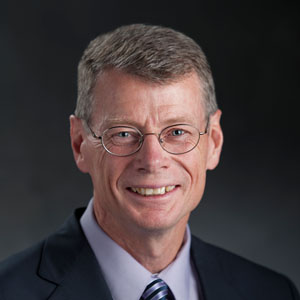 “We have a building called Agricultural Hall that was built in the 1950s, early ‘60s. And most of the laboratories are ones we can't even use any more,” he says. “They simply don't have the capacity to handle the electrical load, they don't have the HVAC that we need for safe operations. A lot of the safety measures just don't come anywhere close to what current code is like.”

Oklahoma State has “a really strong wheat program,” he says, but because of the lab issues, those geneticists had to move to another building, Coon said. In addition, breeders are working at greenhouses built in the 1930s or ‘40s.

“Our scientists are incredible,” Coon says. “They’ve been really productive. We've got 24 varieties of wheat that we have released for commercialization, and yet we're operating in these facilities that are way outdated.”

In both cases, the university is planning replacements. Oklahoma State will break ground next month on a $100 million facility to replace the lab building — half the money will come from university-issued bonds and half from private donations, which now total $43 million.

Douglas Buhler, director of Michigan State University's AgBioResearch and assistant vice president of research and innovation, said MSU faces similar problems, with aging greenhouses and labs, as well as a dairy research facility that needs to be replaced. A new science facility would cost around $100 million, updating the greenhouses would be about $20 million, and a high-end dairy research center would cost in the neighborhood of $40-$50 million, he said.

Michigan faces particular challenges because of the diversity of its agriculture production in the state, which also includes blueberries, cherries, apples and asparagus.

“We like to claim to have the second most diverse agricultural economy behind California,” Buhler says, which puts pressure on the university to address a wide range of issues.

Echoing Coon’s remarks, Buhler says older facilities are simply not up to the task of handling today’s challenges, which require controlled environments.

“We need to be able to control and simulate environments and what we predict the environment to be in the future,” Buhler said. “A lot of our older greenhouses are just basically big greenhouses that are there to grow things. They’re not equipped to simulate different conditions of light, of gas of temperature, the kinds of things that we need to understand the genetics of plant response.”

The advent of climate change — and with it, changing weather patterns — and appearance of new invasive plant species and pests also are challenging university researchers.

In addition to global competitiveness, another issue is attracting talent, both Coon and Buhler said.

“If we're going to be able to hire and retain the best scientists, they need high-end facilities,” Buhler said.

APLU said the study was conducted by Gordian, which it characterized as "a leader in facility and construction cost data, software and expertise."