The USDA keeps a tight lid on the amount of foreign sugar that enters the U.S., and the department is keeping a close eye on whether it will need to allow more to enter if consumer demand increases as the COVID-19 pandemic loosens its grasp on Americans.

While nothing is certain – especially in the international sugar market – Barbara Fecso, a renowned analyst of sugar and other commodities at USDA, is warning food manufacturers that they should be ready for a possible surge in demand this year and should not wait to get the sugar they’ll need.

“My radar tells me that buyers are slowing down on their orders – delaying them,” Fecso said during this year’s International Sweetener Colloquium. “I don’t blame them. Who knows what this market is going to be with COVID. But my concern is that if the vaccination rate picks up, there could be a surge in demand and we could need more sugar.”

The end of the pandemic that’s kept people away from restaurants, hotels and ice cream parlors is coming closer into view as the pace of vaccinations increases around the country. That could lead an increase in the consumption of sugar, one of America’s favorite agricultural commodities.

“Our research shows there’s a pretty high pent-up demand for eating in restaurants,” says Vanessa Sink, a spokeswoman for the National Restaurant Association.

That has the industry cautiously optimistic after losing business for months.

Prior to the pandemic, restaurants accounted for about 51 cents of the dollar Americans spent on food, but that has dropped to 45 cents as eateries laid off workers, downsized menus and shifted to carryout or delivery, according to NRA calculations. The restaurant industry lost about $250 billion in sales between March 2020 and January 2021.

President Joe Biden said last week the U.S. "is now on track to have enough (COVID-19) vaccine supply for every adult in America by the end of May.”

Still, food and candy companies are hesitant to place new orders for sugar because supplies were plentiful in 2020 and there isn’t yet evidence of rising demand.

USDA nearly doubled the 2020 tariff rate quota for imports of refined sugar in April of last year by allowing in an extra 181,437 metric tons. On top of that, USDA allowed in an extra 317,515 tons of raw sugar.

That was even more than industrial sugar users in the U.S. had been asking for, and the action was widely lauded by groups like the American Bakers Association as consumer demand for bakery goods in grocery stores spiked. Sugar is the third most important commodity for baked goods behind flour and water. 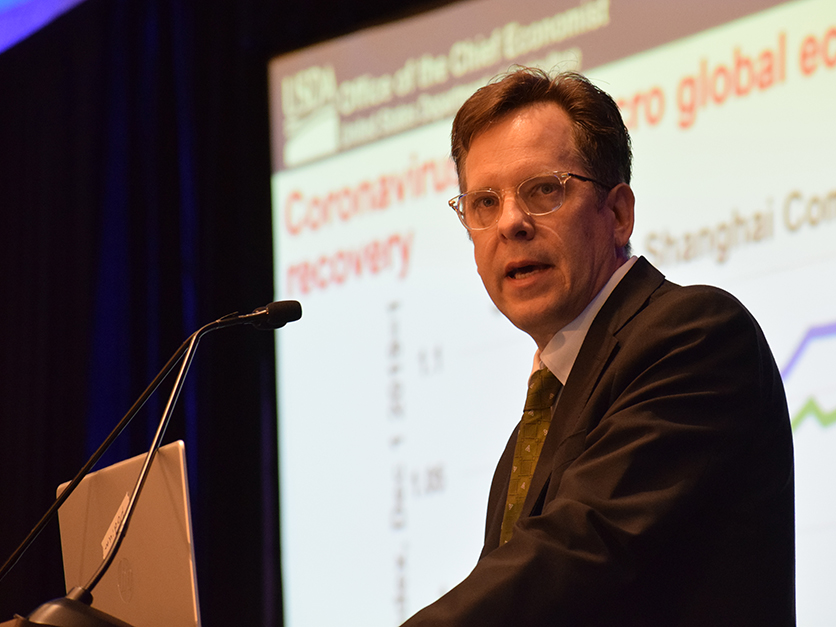 But demand in the U.S. has been down in recent months, and forecasts still haven’t yet raised expectations for 2021.

Nevertheless, Rob Johansson, associate director for the American Sugar Alliance and former USDA chief economist, offered support for Fecso’s warning, calling it a “wise observation of the market by someone who’s been following it for a long time.”

“Barb’s point,” he added, “is that even though the outlook says year-over-year demand … is likely to be down slightly compared to last year, she’s sounding a bell that says there’s a lot of uncertainty in the forecast and it’s still possible that if the economy really gets going … and there’s pent-up demand for taking vacations and going out to restaurants, you may see an increase in demand … that you have to be ready for.”

And Fecso said there is plenty of sugar on the world market that is available – especially from Mexico.

Every year the USDA sets the quota for U.S. raw sugar imports at about 1.2 million tons, which is the minimum required under U.S. commitments to the World Trade Organization. That quota is filled by many different countries and can be increased, but Mexico – because of the special “suspension agreement” with the U.S. - gets preferential treatment.

But for USDA to increase the import quota, it first needs evidence that demand is increasing, which is why the department is watching closely, said one industry official who asked not to be named because they are not authorized to speak publicly.