President Joe Biden’s COVID-19 advisers tell Agri-Pulse they’re optimistic that rural residents will get vaccinated in sufficient numbers to stop the virus from circulating. But these advisers say they know people who may be hesitant about getting a shot have to hear from their doctors and other local people they trust.

The officials say they’re working with states and with stakeholder groups both to get feedback and to provide the information that is needed. “We just want to make sure every American feels like they can be included in the conversation (and) get their questions answered,” said Andy Slavitt, Biden’s senior adviser on COVID.

The White House also is taking steps to address the shortage of vaccine sites in many rural areas.

We have a lot more about the issue in this week’s Agri-Pulse newsletter.

House Democrats are ready to send that massive $1.9 trillion stimulus package to Biden’s desk for his signature. The House needs to vote again on the bill today because of changes the Senate made to the measure.

What’s next: House Budget Committee Chairman John Yarmuth, D-Ky., is eyeing the fall for the next budget reconciliation bill, and he says it could be used to pay for addressing climate change. We’ll be watching this closely because it is a potential vehicle to ramp up conservation program spending ahead of the next farm bill.

About that filibuster: Sen. Joe Manchin, D-W.Va., is shooting down the suggestion that he would support filibuster reforms that would allow Democrats to pass bills with a simple majority. The “minority must have input” into legislation, and there must be a “60-vote threshold” for passing bills, Manchin told reporters Tuesday.

The Obama administration’s war on child obesity was a hallmark of its food policy, and Agriculture Secretary Tom Vilsack told members of the School Nutrition Administration on Tuesday that the issue also will be a priority under the Biden administration, though he didn’t give any hints as to what actions he will take.

“It's critically important that we focus not just on food insecurity and getting people fed, but that we also continue to look for ways in which we can improve the healthy choices that our children, and that all of us have, in the country,” he said.

EPA nominee to get Senate OK

The Senate is set to confirm Michael Regan today as administrator of the EPA. A cloture vote is scheduled this afternoon, with the final vote taking place about two hours later.

Two GOP senators, Lisa Murkowski of Alaska and Susan Collins of Maine, say they will support Haaland. But two other Republicans, Montana’s Steve Daines and Wyoming’s Cynthia Lummis, have been working to delay the final vote as long as they can. 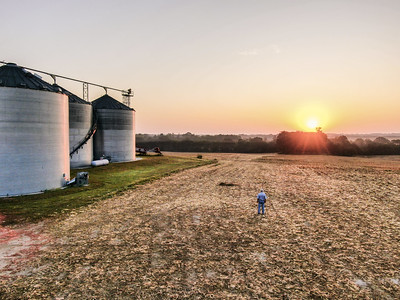 Farmers who used soil health management systems cut their costs and increased their net income, according to a new analysis by the Soil Health Institute.

SHI interviewed 100 farmers in nine states that account for 71% of U.S. corn production and 67% of soybean production. It found 85% of corn growers and 88% of soybean growers increased their net income.

The survey questioned those who actively managed their soil health by using any or a combination of practices, such as no or reduced tillage, cover crops, or grazing.

Bottom line: Corn growers’ costs fell $24 per acre, while soybean growers’ costs decreased by $17 an acre. At the same time, corn growers saw their net income go up by $52 an acre. For soybean farmers, the increase was $45 an acre.

Chinese pork production is expected to increase by 14% in 2021, but that still won’t be a full recovery from the damage done to the country by African swine fever, according to a new analysis by USDA’s Foreign Agricultural Service.

China is now forecast to produce 47 million tons of pork this year, up from 41.1 million tons in 2020. As a result, Chinese imports will drop by roughly 15% but still remain relatively strong.

An FAS analyst in Beijing says “competitively priced imported pork and pork products will continue being an important component of the domestic pork supply. Pork imports in 2021 are forecast to reach 4.5 million metric tons as consumers are increasingly receptive to chilled or frozen pork.”

The already-delayed Brazilian soybean crop slowed down even further last week as “continued heavy rains” allowed only a 10% increase in harvesting, and the weather is an increasing threat to yields, according to the consulting firm AgRural. The country’s soybean harvest is now 35% complete, compared to 49% at the same point last year.

AgRural raised its production forecast last month to 133 million metric tons, but the firm said it may have to reconsider. That’s because high humidity in some major growing areas is worsening quality problems.

He said it. “I will have been in the Congress 26 years by the end of this term and 20 years in elected office in Missouri before that. That should be enough to satisfy even the neediest politician, you know.” – Sen. Roy Blunt, R-Mo., talking to reporters about his retirement decision.