A key Republican says the $1.9 trillion stimulus bill Democrats are pushing through the Senate will lead to automatic cuts in farm programs and other forms of federal spending. Sen. John Boozman, the top Republican on the Senate Ag Committee, is referring to the Congressional Budget Office’s determination that the legislation would trigger the budget sequestration process under the 2011 budget law.

Congress can waive the PAYGO rules, but that requires 60 votes in the Senate, so Democrats would need at least 10 Republicans to go along. “Triggering PAYGO is a very real risk that this bill carries, and if that happens, our family farmers will be among those who will be hurt the most,” said Boozman.

Democrats could try to tuck a waiver into a must-pass bill later. A spokesman for the Democratic leadership didn’t immediately respond to a request for comment on the issue.

Take note: Since the impact on the deficit would be so large, and many programs such as Social Security are exempt from sequestration, the required cuts would be so large they couldn’t be fully implemented, CBO said. 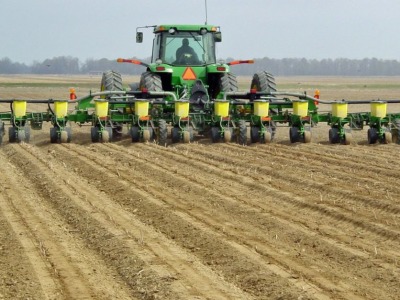 The surge in commodity prices since last summer is driving the “sharpest turnaround” in farm lending conditions in more than a decade, according to a new agricultural credit survey from the Federal Reserve.

The survey, which collects quarterly responses from commercial banks chartered within Federal Reserve districts in the central U.S., said increasing commodity prices and government payments helped boost farm income in the fourth quarter of 2020. Farm loan repayments are on the rise for the first time since 2013, the survey found.

“The rate of loan repayment increased from a year ago in all participating districts except Dallas, with the fastest pace of increase reported in the Minneapolis and Chicago districts,” the report stated.

Katherine Tai’s nomination as U.S. trade representative is ready for a final Senate vote after easily winning approval from the Senate Finance Committee.

Sens. John Thune, R-S.D., and Amy Klobuchar, D-Minn., are pushing the Federal Maritime Commission to speed up its investigation of claims that container ship operators are refusing to ship agricultural commodities.

Farmers need access to their overseas customers and denial by vessel-operating common carriers – cargo shippers that are open to public contract – is hurting the ag sector, the senators say in a letter to the commission.

The Trump administration’s Navigable Waters Protection Rule has survived a challenge from the state of Colorado. The 10th U.S. Circuit Court of Appeals ruled that a lower court in the state wrongly granted an injunction preventing the rule from going into effect there.

The appeals court said the state was unable to show implementation of the rule would cause “irreparable harm,” and sent the case back to the lower court for further proceedings.

Farm groups have joined in a call to simplify the National Environmental Policy Act permitting process in order to speed approval of infrastructure projects.

In a letter to all members of Congress, 41 different trade groups said, “Adopting permit streamlining policies in conjunction with any infrastructure bill would reduce delays and improve the predictability of the federal permitting process, allowing businesses to plan and invest with confidence while enhancing economic productivity and environmental stewardship.”

Among the signatories: AFBF, the Agricultural Retailers Association, The Fertilizer Institute, and the National Lime Association. 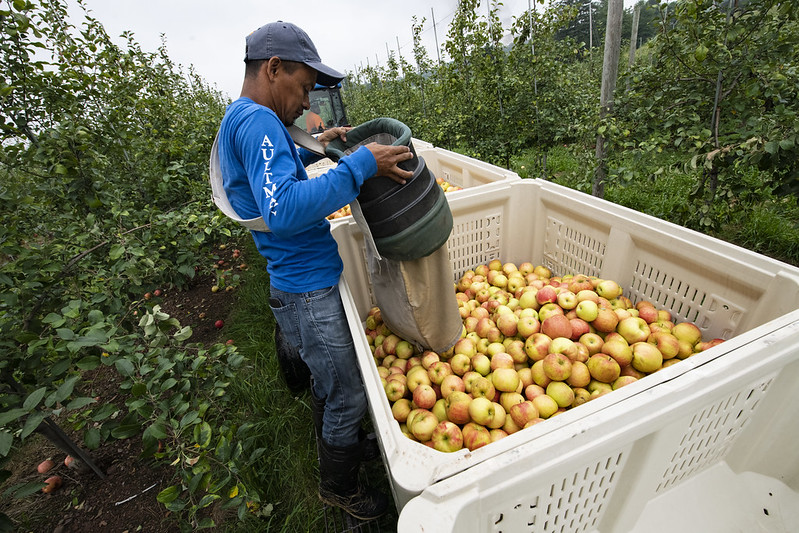 The Farm Workforce Modernization Act, which would overhaul and expand the H-2A visa program, is in the mix again as lawmakers consider trying to pass immigration reform.

The measure, reintroduced by Rep. Zoe Lofgren, D-Calif., and Dan Newhouse, R-Wash., would provide a missing piece to the broad immigration bill introduced with President Biden’s backing last month. The FWMA passed the House in 2019 but was never considered in the Senate, which was then under GOP control.

The FWMA “is the culmination of nearly a decade of negotiations between key stakeholders and represents an important first step toward resolving, once and for all, one of the biggest challenges facing American farmers,” said Dave Puglia, president and CEO of the Western Growers Association.

Keep in mind: Immigration reform remains very difficult to pass in the Senate.

National Institute of Allergy and Infectious Diseases Director Anthony Fauci is urging food system workers to keep wearing masks and to get vaccinated. He also used a Facebook Live event organized by the United Food and Commercial Workers International Union to slam the decisions of governors in Texas and Mississippi to lift mask mandates.

Fauci said the risk of being vaccinated is far outweighed by the risk of getting COVID-19.

He said it. “There's no question that over the next four years we're going to continue to see an effort to improve the nutrition in school meals.” – Ag Secretary Tom Vilsack, when asked whether he would reverse changes to school meal requirements made by the Trump administration. Vilsack didn’t give a timetable or say what he would do.