Debra Haaland looks to have the votes to become the first Native American to hold a Cabinet post.

The Senate is scheduled to consider the New Mexico congresswoman’s nomination for Interior secretary at 3 pm and start voting at 5:30.

Despite some fierce opposition from GOP Sens. Steve Daines of Montana and Cynthia Lummis of Wyoming, Haaland’s confirmation appears secure with support from Democrats and several Republicans.

Of the four Republicans who voted to end debate and proceed to a vote last week, two — Susan Collins of Maine and Lisa Murkowski of Alaska — have said they will vote for Haaland.

EPA’s 2018 dicamba registrations were influenced by “political interference,” an agency spokesperson said Friday, confirming an email from Acting Assistant Administrator for Chemical Safety and Pollution Prevention Michal Freedhoff to all staff about the importance of scientific integrity.

The interference helped lead to the registrations being vacated by a federal appeals court last year, Freedhoff said. EPA renewed them last year after the court decision.

Responding to the report, Bayer said, “We stand fully behind our XtendiMax herbicide, which has been reviewed and approved for use under different administrations” and also said it had “enhanced our trainings, resources, and other support heading into the 2021 season.” BASF, which markets Engenia, said the report was “being reviewed by our internal stakeholders.”

George Kimbrell, legal director at Center for Food Safety, called the report “blockbuster news,” while Lori Ann Burd, environmental health program director at Center for Biological Diversity, said “we appreciate the candor coming from the new leadership at the chemicals office” and “now that we’ve seen just how much harm the previous decisions have caused in rural communities, it’s time for the agency to fix the mess it has created and cancel” over-the-top-uses on cotton and soybeans.

Both groups are challenging the 2020 registrations. 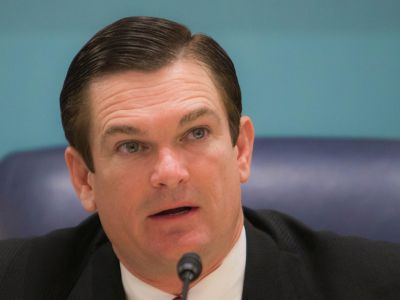 A senior Republican on the House Agriculture Committee says the panel’s GOP members are unlikely to support a climate bill.

Rep. Austin Scott, R-Ga., told Agri-Pulse, “I don’t see Republicans on the committee being willing to go to the lengths that the Democratic Party is going to demand that we go.”

That’s a contrast with the Senate Agriculture Committee, where Indiana Republican Sen. Mike Braun is working with Chairwoman Debbie Stabenow to move her bipartisan Growing Climate Solutions Act, which is aimed at accelerating the development of carbon markets.

Scott said he remains concerned that USDA’s potential use of the Commodity Credit Corp. to fund a carbon bank could crowd out other farm programs. Ag Secretary Tom Vilsack has insisted that won’t happen.

Canada on the verge of getting the best BSE safety rating

Canada – the home country of the cow that introduced bovine spongiform encephalopathy to the United States in 2003 – is on the verge of being bestowed an international designation of “negligible risk” for the disease that can be transmitted to humans.

A commission at the World Organization for Animal Health – known by its French acronym OIE – has recommended Canada get the new designation, which is the best possible one, and OIE delegates will hold a final vote on the decision in May, says Canadian Agriculture Minister Marie-Claude Bibeau.

“Although we still need to await the final vote, I am optimistic that this will soon allow them to expand their markets for cattle and beef exports to the U.S. and other foreign markets,” said Bibeau.

Neither the House nor Senate Appropriations Committees has begun debate on spending levels next year for the USDA, but 130 farm groups are letting lawmakers know early that a priority is full funding for USDA’s key programs that support ag exports.

The National Cotton Council, U.S. Poultry and Egg Export Council, U.S. Wheat Associates and many others have signed off on a letter to the Republican and Democratic leaders of the Senate and House ag subcommittees, demanding they appropriate the full amounts authorized in the Farm Bill for USDA’s Market Access Program and Foreign Market Development Program in fiscal year 2022. That would be $200 million for MAP and $34.5 million for FMD.

They said it: “Working to expand our export markets requires every dollar these programs provide.” — Coalition to Promote U.S. Agricultural Exports to House and Senate appropriators, promoting MAP and FMD funding.