It’s now up to the Senate. The House on Friday voted 246-175 to block the newly enacted $1.9 trillion economic stimulus package from triggering deep cuts in government programs. The cuts become automatic if Congress doesn’t waive PAYGO requirements under a 2011 budget law that was intended to limit deficit spending.

Twenty-nine Republicans joined Democrats in passing the waiver measure. But Senate Democrats may not be able to count on GOP support unless they negotiate a deal or tuck the measure into a larger, must-pass piece of legislation. Democrats point out that they supported a similar PAYGO waiver that was required because of the 2017 tax cuts. 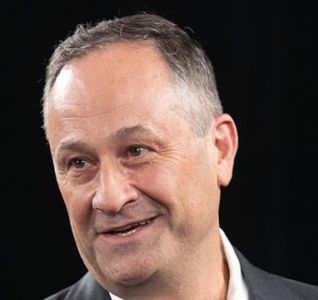 Today’s event is part of the White House's “Help is Here” tour promoting the ARP, and it will follow Vilsack’s appearance this morning with the Agri-Pulse Ag and Food Policy Summit.

The Supreme Court will hear arguments this morning in a case where two California agribusinesses allege that union organizers’ right to recruit on their property amounts to a constitutional taking that requires compensation.

Pacific Legal Foundation represents a nursery and a packing company that argues unions that exercise their right under California law to come onto company property are, in effect, appropriating an access easement. The companies are supported by numerous friends of the court, including ag groups.

California and its supporters — which include law professors and farm labor advocacy groups, among others — contend the law does not result in a taking, in part because it only allows access for three hours a day, 120 days a year.

The parties disagree over whether a victory for the property owners would threaten enforcement of vital health and safety laws.

The Senate will vote on the confirmation of Marty Walsh to be Secretary of Labor later today.

Former Chair of the House Education and Labor Committee George Miller, D-Calif., says Walsh will likely have to address the H-2A program once he takes office.

“He doesn’t have a choice, he’s going to be involved in it; we’re talking about the labor policy in this country and our access to individuals ... who have substantially contributed to the economy,” Miller told Agri-Pulse.

USTR Tai to speak with UK trade chief this week

While the agenda for the discussion is not nailed down, Truss this week tweeted that she looks forward to working with Tai “to advance our bilateral trading relationship.”

The U.S. and the UK have been negotiating a free trade agreement since May, last year, but those talks have been on hold since the November election and the British began preparing to begin working with the Biden administration.

It’s largely thanks to the North American Free Trade Agreement that Mexico has become one of the largest foreign markets for U.S. ag exports, but that relationship is showing more and more cracks as the Mexican government erects new trade barriers.

Mexico’s refusal to approve new genetically modified traits, the country’s plan to ban glyphosate and biotech corn, and a new scheme to require new testing for cheese imports are some of the most troubling developments that farm groups are sounding the alarm to the Biden administration.

The Corn Refiners Association, American Farm Bureau Federation and 25 other groups are sending a letter to Agriculture Secretary Tom Vilsack and USTR Katherine Tai today, saying: “NAFTA has yielded strong benefits to both countries and the U.S.-Mexico-Canada Agreement (USMCA) promises to build upon those gains. Yet, the food and agriculture trade relationship with Mexico has declined markedly, a trend USMCA’s implementation has not reversed. We respectfully urge your attention to this important but quickly deteriorating trade relationship.”