President Joe Biden will announce his infrastructure plan this week during a trip to Pittsburgh. White House Press Secretary Jen Psaki said on Fox News Sunday this is the follow-up to the American Rescue Plan. “What the American people will hear from him this week, is … the first step of his plan toward recovery, which will include an investment in infrastructure," Psaki said.

Agriculture Secretary Tom Vilsack is considering ways to get more land taken out of production and enrolled in the Conservation Reserve Program. During an online appearance with the National Press Club, Vilsack said he wants to work with states and look at ways to increase CRP payments.

Why it matters: Fewer than 20.8 million acres are currently enrolled in CRP, far short of the 25 million-acre limit set by Congress for fiscal 2021. Of that current acreage, 3 million is in contracts set to expire this fall, and another 4 million acres are due to leave the program in 2022.

Vilsack brought up the program in response to a question about what he wanted to address climate change. “I would hope in the near future that we would look for ways in which we might encourage farmers who have marginal land to consider the possibility of utilizing that marginal land in the CRP program,” he said.

Vilsack said he wants to “figure out ways to encourage states to work with us to look at innovations and creative ways to encourage more participation in the CRP program.” He also said CRP payments should be high enough to get people to enroll in the program without distorting land markets.

Read our report on the challenges facing CRP here. 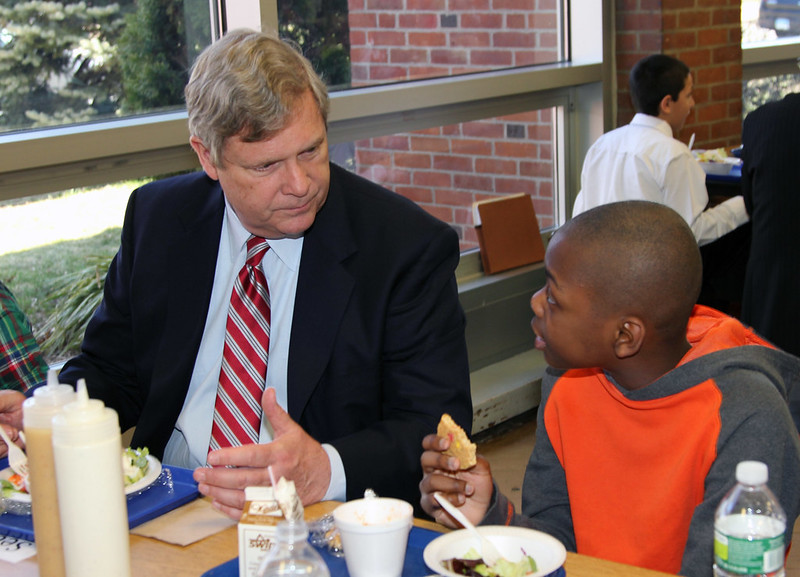 Vilsack visiting with schoolchildren during his previous USDA stint.

Vilsack indicated that he will leave it to Congress for now to decide what to do about school nutrition standards, and he’s mindful of concerns that schools may have trouble procuring products that meet federal requirements.

Vilsack said Congress’s highest priority when it comes to child nutrition should be to increase funding for school meals. “If we are truly serious about nutrition, and I think … we have to put resources behind it,” he said. Many Democrats and anti-hunger advocates want to make school meals free to all students, regardless of income.

Keep in mind: What Vilsack said must be music to the ears of the school food service providers, who are asking Congress to provide more funding along with flexibility in existing standards.

Don’t Miss: In this week’s Agri-Pulse Open Mic interview, Rep. Cheri Bustos, D-Ill., says Vilsack can help Democrats win back rural voters. She also says climate policy will be involved in everything Congress does this year.

The massive cargo ship lodged in the Suez Canal could send rippling trade disruptions for weeks. But it’s a bigger problem for Europe and China than it is for the U.S., says Soy Transportation Coalition Executive Director Mike Steenhoek.

“We do have a decent amount (of freight) that goes through the Suez Canal, but we do have more diversity to our supply chain when it comes to link Asia to the U.S.,” Steenhoek told Agri-Pulse.

Most U.S.-bound freight from China crosses the Pacific Ocean or goes around the southern tip of Africa, Steenhoek says.

US Sugar to buy Imperial refiner

Imperial Sugar, the last major U.S. refiner not tied to domestic production and highly dependent on imported raw feedstock, has agreed to be purchased by U.S. Sugar, a conglomerate of farming, milling and refining operations and one of the biggest players in the U.S. market.

Imperial, with its refinery operation in the port city of Savannah, relies almost exclusively on imports of raw sugar from South America, Central America and the Caribbean. The refinery is expected to continue to import, but also expand to refining raw product produced on the 200,000 acres of farmland owned by U.S. Sugar, according to industry sources.

President Biden plans to nominate Seema Nanda to be the top lawyer at the Labor Department. Nanda served in the department for three and a half years during the Obama administration as deputy chief of staff and chief of staff, as well as deputy solicitor.

Nanda has an extensive background in labor issues, having led the Immigrant and Employee Rights Section of the Justice Department’s Civil Rights Division and serving as a supervising attorney in the Division of Advice at the National Labor Relations Board. 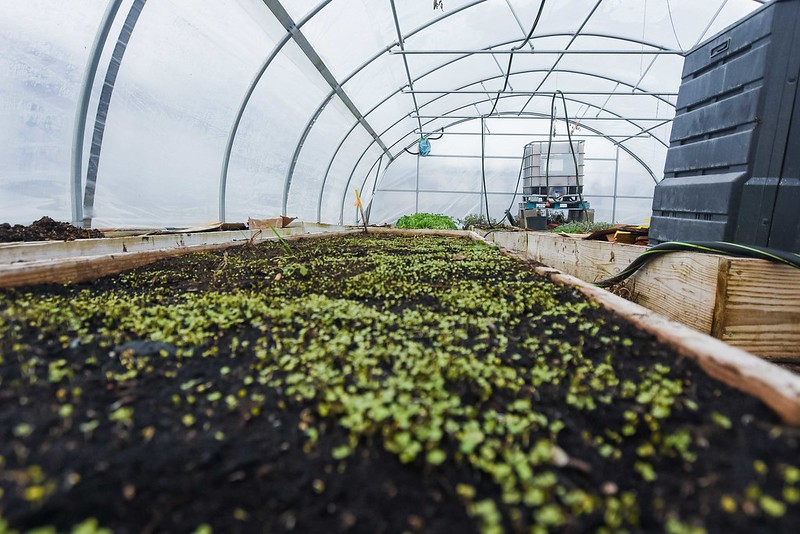 “Their findings … suggested that it is not possible — using the predominant commodities and common urban agricultural production of today — to meet the nutritional needs of Chicago within a radius under 400 miles, given the cropland and pastureland available, without fortifying foods with vitamin D and supplementing foods with vitamin B12,” Penn State said.

The study was the first to examine the amount of land needed to meet food demand while accounting for a range of nutritional needs — not just calories or quantities.

Man’s best friend a threat to US pork?

Liz Wagstrom, the National Pork Producers Council’s chief veterinarian, is a dog owner, so the fact that shipping rescue dogs from overseas to the U.S. could spread disease to the American pig population is an especially alarming situation.

It’s not the dogs themselves that are the threat; dogs aren’t known to pass infection of animal diseases to livestock. It’s the bedding, crates or even the dog’s fur.

“If even one of these animals carried (a disease) into the country, it could put the U.S. swine herd and other livestock in jeopardy and have disastrous consequences for our nation’s agriculture sector,” Wagstrom said in a blog post.

The solution lies with USDA, she says. The department has the authority under the Animal Health Protection Act to develop new rules to require better safety measures for importing dogs from countries that are home to diseases that threaten livestock.

He said it. “Regardless of what we might do in meeting the president's goal of a net-zero-emission agriculture by 2050, it won't necessarily impact and affect the overall climate effort by the United States if our forests continue to burn in horrific fires.” – Ag Secretary Tom Vilsack on the importance of forest management.