The White House Office of Management and Budget is getting pushback on a proposed change to what constitutes a metropolitan area of the U.S., with members of Congress and rural advocates arguing that the resulting increase in what are considered “rural” counties would make it harder for them to compete for scarce federal dollars.

The day before President Joe Biden took office, OMB issued a notice asking for comment on recommendations from a committee that examined the standards for defining metropolitan areas.

The committee recommended that the “minimum urban area population to qualify a metropolitan statistical area [MSA] should be increased from 50,000 to 100,000,” the agency said, but downplayed the impact of the change.

“OMB establishes and maintains these areas solely for statistical purposes,” the notice said, and added — in italics for emphasis — “In reviewing and revising these areas, OMB does not take into account or attempt to anticipate any public or private sector nonstatistical uses that may be made of the delineations. These areas are not designed to serve as a general-purpose geographic framework applicable for nonstatistical activities or for use in program funding formulas.”

But Fred Ullrich, program director of health management and policy at the Iowa College of Public Health, said, “The notion that this is a purely statistical exercise is a little bit disingenuous.” 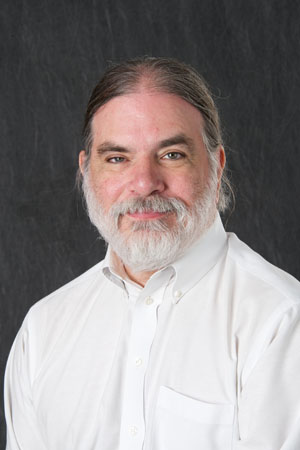 That’s because many federal programs have used the definition to calculate funding eligibility for programs such as Community Development Block Grants.

“There are a number of agencies that have really hung their hats on that particular nail,” he says, referring to the definitions. “And moving the nail without appropriate consideration of what hats are going to be dislocated, is not really desirable.”

“It really is grossly oversimplifying things, but this really is an issue of pies, and how pies get sliced,” he said.

The redefinition would shift 142 areas — and more than 250 counties — that were considered “metropolitan” into the “non-metro” category, increasing nonmetro America by nearly 19 million people, according to The Brookings Institution.

“Under the current standards, about 14 percent of the population lives in nonmetro areas; under the proposed standards, this figure would jump to about 20 percent,” according to the Brookings analysis.

Commenting on the recommendations, more than 400 organizations and governmental entities told OMB, “Widening this pool of ‘nonmetro’ communities would likely result in the current remote and distressed towns with very small populations competing with an even larger number of well-resourced former metropolitans for scarce federal funds.”

And the Independent Community Bankers Association said the competition for federal money likely would “further crowd out rural, remote communities.”

“The term ‘non-metro' typically means ‘rural’ and much economic analysis and research is based on these delineations,” ICBA said. “Many believe that federal programs tend to emphasize larger populations when awarding federal dollars, making it more difficult for rural communities to identify, compete for and access federal funding.”

More than 50 members of Congress said in a letter to OMB that “losing an MSA designation could mean tens or hundreds of millions of dollars in lost federal grant money to communities already struggling to rebuild economic engines that have been damaged by our current COVID-19 crisis.”

Twenty-five U.S. senators — three Democrats and 22 Republicans, including ranking Ag Committee member John Boozman, R-Ark. — also objected, telling OMB that it should not “ignore” the impacts of the proposal.

The Rural Policy Research Institute, in its comments, said the changes “will impact health care policy and federal funds flows in other programs. For example, approximately 244 hospitals currently located in MSAs receive payment adjustments linked to an area wage index unique to their MSA. If they lose that designation, they would shift to an adjustment based on a rural wage index, most likely lowering their payment. Conversely, their move into non-metropolitan status will affect the wage index for all rural hospitals in their states.”

The Eastern Plains Healthcare Consortium, which represents nearly one-third of Colorado’s critical access hospitals, said the change would mean relatively prosperous counties in the state would be competing with smaller, poorer counties for the same pot of federal money.

“While we recognize that undesignated MSAs may lack necessary resources, the solution should not be on the backs of truly rural communities,” the consortium said. “The health entities that apply and or currently awarded federal grants are already struggling to remain open. The pandemic has only exacerbated viability. Increasing competition may result in stifled innovation and further jeopardize the sustainability of rural providers.”

Tamara Nelsen, executive director of the Minnesota AgriGrowth Council, which represents a broad cross-section of the agriculture and food industries, told OMB the shift would affect the Mankato area. “When you're working all day long to make sure you've got employees, processing, and agri-food humming along, and then you have another hit that just seems like it's favoring more of a metro area than these very viable, robust rural areas, it’s kind of disconcerting,” she told Agri-Pulse.

Keith Mueller is a professor and head of the Department of Health Management and Policy at the University of Iowa, and also is director of the Rural Policy Research Institute’s Center for Rural Health Policy Analysis.

Echoing comments made by many others, he said he understands the need to look at the definitions, which have not been changed since the middle of the last century. But the agency has not provided a good reason for why it decided to make the change the day before the arrival of a new administration.

“Yes, we ought to be looking at this,” he said. “Let's now step back and take our time.”

OMB’s press office did not respond to a request for comment on why the notice was published and whether it plans to put it on hold until more analysis has been done.