Oscar Gonzales is coming back to the Department of Agriculture. On Monday, President Joe Biden appointed Gonzales as USDA’s assistant secretary for administration. Gonzales held several roles under Ag Secretary Tom Vilsack during the Obama administration including deputy secretary for administration and deputy chief of staff for operations and senior advisor on immigration reform. Gonzales also spent time as California’s Farm Service Agency executive director and was most recently vice president for government relations, western states, for Goldman Sachs. 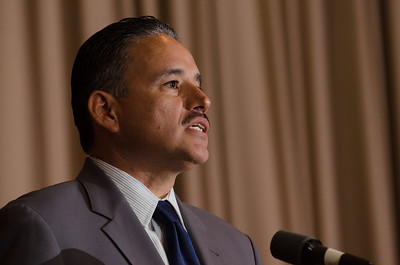 Gov. Gavin Newsom has made appointments to the California Fish and Game Commission. Reappointed is Jacqueline Hostler-Carmesin and Samantha Murray. Hostler-Carmesin has served on the board since 2013 and has been CEO at Cher-Ae Heights Indian Community of the Trinidad Rancheria since 2010. She also was the director of transportation and land-use planning from 2007 to 2009. Murray has served on the commission since 2019. She serves on the faculty and is the executive director of the Master of Advanced Studies Program in Marine Biodiversity and Conservation at Scripps Institution of Oceanography at the University of California, San Diego. She is also principal at Samantha Murray Consulting. Newly appointed to the commission is Erika Zavaleta. She is a professor at the University of California, Santa Cruz in the Ecology and Evolutionary Biology Department, where she has worked since 2016. She was also a professor in the Environmental Studies Department from 2003 to 2016.

Thomas Parks is joining Finsbury Glover Hering as an associate director on the food and ag team. Parks currently serves as the senior manager of communications at the Corn Refiners Association & Plant Based Products Council.

Julie Borlaug, granddaughter of Norman Borlaug, has joined the World Food Prize Foundation Council of Advisers. Borlaug is president of the Borlaug Foundation and vice president of external relations for Inari. 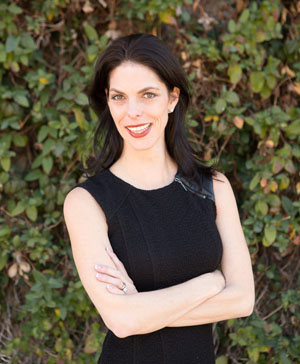 The National Association of State Departments of Agriculture hired Joe Reardon to be its director of food safety programs. He is currently the assistant commissioner for consumer protection for the North Carolina Department of Agriculture and Consumer Services and has 28 years of experience in various regulatory positions. He’ll join NASDA July 1.

The White House on Monday announced members of its Environmental Justice Advisory Council, including a pair of members with ag connections. Andrea Delgado, the government affairs director of the United Farm Workers-affiliated UFW Foundation and co-founder of GreenLatinos, and Hli Xyooj, director of program strategy at the Hmong American Partnership, were both named to the council. A complete roster can be found on the White House website.

Hannah Stern has been promoted to legislative assistant in Rep. Scott Peters’, D-Calif., office. She handles the portfolio for labor and employment, transportation and public works, and science and technology. She previously served as a scheduler and legislative aide in Peters’ office.

Robert “Bobby” Bianco, a longtime board member for the California Table Grape Commission and California Grape and Tree Fruit League, died earlier this month at 78. Bianco and his brother built and maintained Anthony Vineyards for more than 50 years. He was also president of the California Desert Grape Administrative Committee and served as chair and director of American AgCredit Bank for 15 years.