US lawmakers look to trade to counter China’s strength

Lawmakers, lobbyists and farm groups are anxious for the Biden administration to take its first concrete steps to begin negotiating international trade agreements and reform at the World Trade Organization to improve international access for U.S. goods as well as rein in China’s expanding global influence.

Bipartisanship may be increasingly rare now, but confronting China’s trade practices and controversial humanitarian issues is uniting some Republicans and Democrats that are seeing trade as a tool to bolster U.S. leadership in the global arena.

“Many of us are rightly repulsed by practices like China’s technology theft,” said Sen. Mike Crapo, R-Idaho, at a Thursday hearing held by the Senate Finance Committee that also focused on allegations of human rights abuses. “But the answer is not to construct our own restrictions on data and information, or create some social credit score for U.S. companies. … We must also negotiate and enforce strong rules through new trade agreements, including at the World Trade Organization.”

From the potential of the U.S. rejoining the Trans-Pacific Partnership to China’s rising influence at the WTO, Republican and Democratic lawmakers quizzed witnesses about ways to counter the country while at the same time creating more opportunities for American farmers to increase their exports.

“Internationally, we must be sharper in our engagement on human rights by rallying our allies to confront these abuses, including forced labor and the suppression of free speech,” said Crapo. “What will bring down those abuses is not U.S. disengagement, but facilitating the opportunity for the Chinese people to engage themselves.” 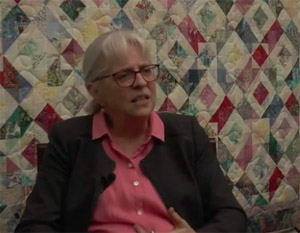 Both the forging of new trade pacts and strengthening WTO rules “are important and viable mechanisms to reassert the United States’ leadership on the international level,” she told Agri-Pulse. “That leadership provides a lot of balance to China’s engagement at the WTO, which has increased over the past four years.”

Sen. Tom Carper, D-Del., used the Finance hearing to stress the damage done when the U.S. pulled out of the TPP and insist that the U.S. needs to rejoin the pact that includes Japan, Vietnam and nine other Pacific Rim countries.

“One of the best ways we could move forward in terms of trade is the TPP,” he said.

“With RCEP now a reality and America not a party to the Trans-Pacific Partnership, what should the top trading priority of the United States … be?” Thune asked of witnesses at the hearing entitled “U.S.-China Relations: Improving U.S. Competitiveness Through Trade.”

“We need to get in the game,” answered Clete Willems, an international economics adviser at the White House during the Trump administration.

One of the first things former President Donald Trump did after being sworn in to office was pull the U.S. out of the TPP. Willems, though, said that was a mistake.

“If a comprehensive agreement with our former TPP partners is not viable, we should consider targeted sectoral agreements with TPP countries in areas like digital trade and build on that approach over time,” Willems said.

China and the 14 other RCEP countries signed on to the pact just two weeks after the November election, and then President-elect Joe Biden promised he would not allow China to take the lead in global affairs.

One of the reasons the Obama administration pursued the Trans-Pacific Partnership "was to pivot the United States to Asia to provide countries an ally,” said Bomer Lauritsen, who helped negotiate the pact. “When the United States walked away from TPP in 2017, it gave impetus to China to negotiate RCEP.”

Vietnam — a member of both the TPP and RCEP — has become an increasingly valuable customer for U.S. farmers, especially U.S. pork producers. The country is suffering outbreaks of African swine fever and desperate for imported U.S. pork. 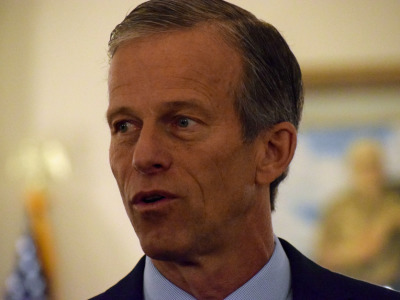 The situation spurred four GOP and Democratic lawmakers to sign on to a letter to U.S. Trade Representative Katherine Tai, asking her to negotiate improved trading conditions with Vietnam.

The European Union as well as TPP countries “are well-positioned to take advantage of this tremendous opportunity given their free trade agreements with Vietnam,” says the letter signed by Reps. Ron Kind, D-Wis., Darin LaHood, R-Ill., Dusty Johnson, R-S.D., and Jim Costa, D-Calif.

“Vietnam was one of those countries that, when we were negotiating TPP, where we were really very excited about the market access opportunities (for) our farmers,” Bomer Lauritsen said. “U.S. farm groups see that part of the world as particularly important as their middle classes improve and American products become more attractive to South East Asian consumers.”