Daybreak May 5: Top R to FACA: No way on 'carbon bank'

With the Agriculture Department expected to soon release its strategy for tackling climate change, the top Senate Ag Committee’s top Republican is doubling down on his opposition to a USDA-run carbon bank.

“I appreciate the interest from food and agriculture organizations to develop proposals intended to provide for a greater role for agriculture in addressing climate change. The reality is that the secretary does not have the authority to create and operate a ‘carbon bank’ as proposed by the Biden administration,” says Sen. John Boozman, R-Ark.

He issued a statement Tuesday in response to recommendations by the Food and Agriculture Climate Alliance for using a carbon bank to test ways of rewarding farmers for conservation practices.

Boozman went on, “Since it was first proposed, the concept of a so-called ‘carbon bank’ has shifted many times. Today, it is unclear whether the term ‘carbon bank’ is a noun, a verb, or an adjective.”

Take note: FACA’s recommendations were included in comments that many farm groups and environmental organizations filed in response to questions posed by USDA about how the department’s climate policy should be shaped.

For more on those comments to USDA, read this week’s Agri-Pulse newsletter. 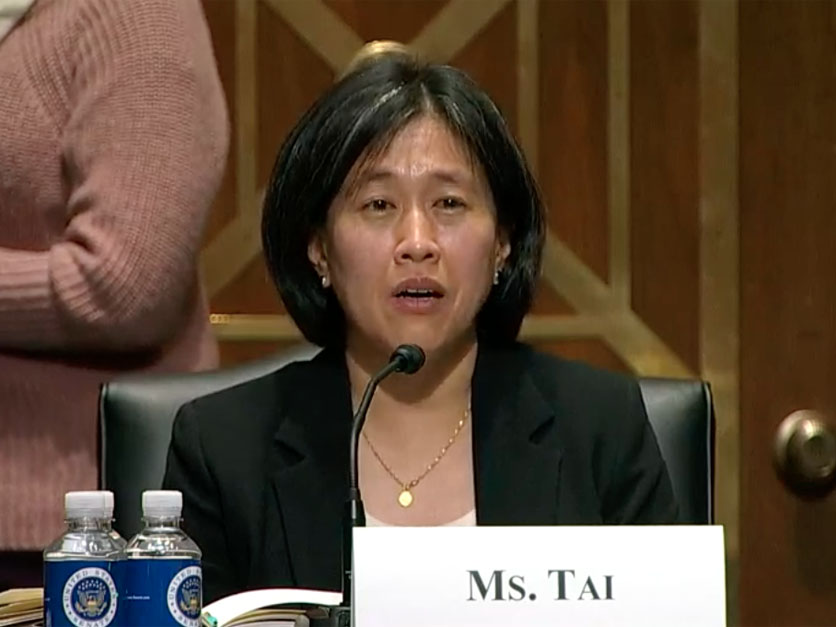 USTR holds up USMCA as a partial template

U.S. Trade Representative Katherine Tai thinks the U.S.-Mexico-Canada Agreement is the best free trade agreement ever because of its strong labor and environmental standards, but she says future trade pacts will need provisions on climate change and other issues.

“The United States-Mexico-Canada Agreement’s bipartisan approval gives me confidence that this approach is worthwhile,” Tai said at the 51st annual Washington Conference of the Americas. “The updated agreement now includes the most comprehensive, enforceable labor and environmental standards of any U.S. trade agreement – and, I would argue, any trade agreement.”

Tai stressed that USMCA is only “a starting point for future work in the region that explicitly acknowledges climate change, aggressively addresses global forced labor issues, and expands the benefits of trade to women and historically underserved communities.” 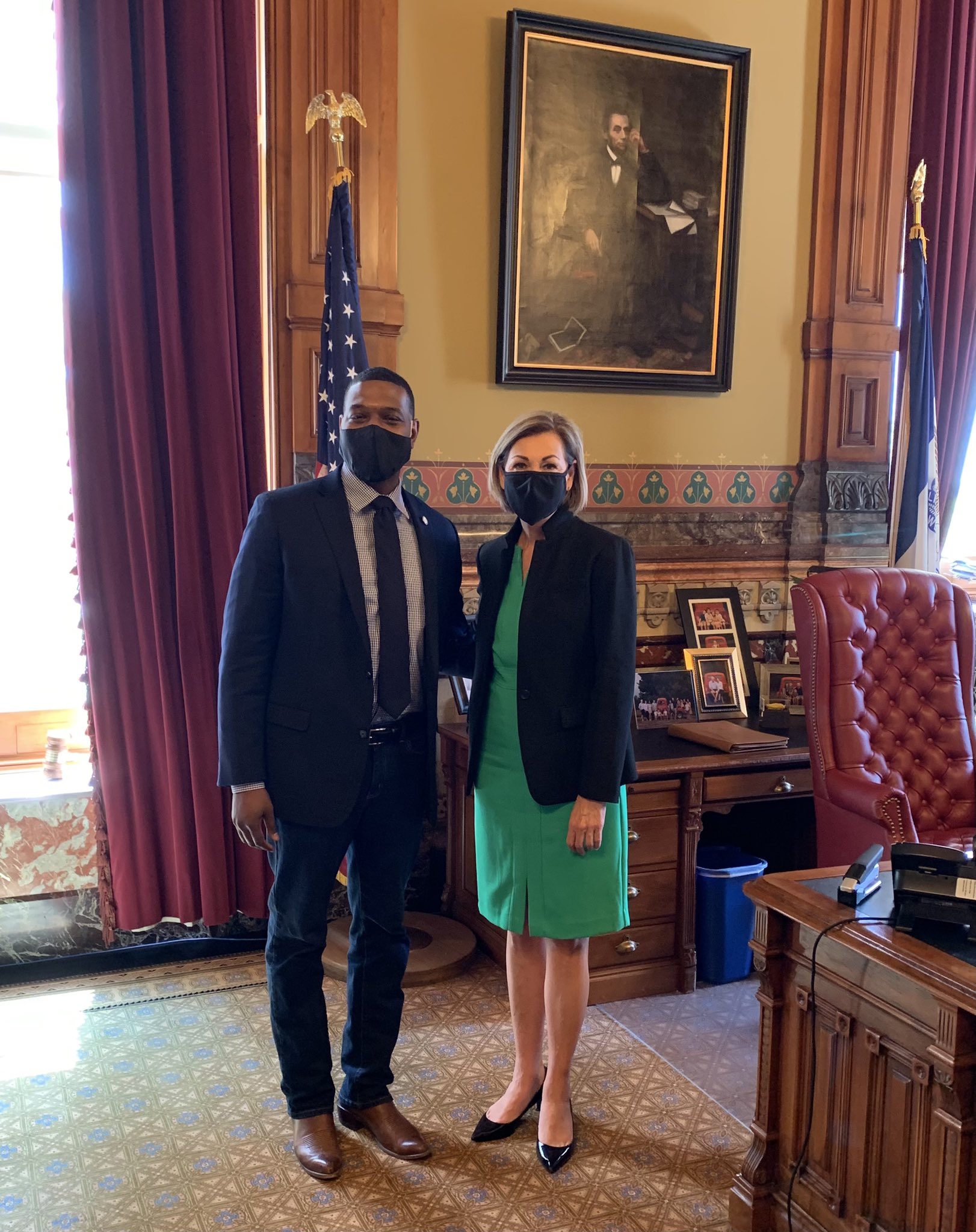 Farmers will be watching to see whether EPA Administrator Michael Regan follows through on promises he made in Iowa Tuesday to support biofuels.

Regan toured Lincolnway Energy in Nevada, Iowa, and heard from roughly 30 farmers on concerns ranging from renewable fuels, electric vehicles and livestock production to the “waters of the U.S.” rule and the Clean Water Act.

Noteworthy: Monte Shaw, executive director of the Iowa Renewable Fuels Association, told Agri-Pulse he thought Regan was “much more sincere and open” about upholding the Renewable Fuel Standard than then-Administrator Scott Pruitt was when he spoke at the same farm a few years ago.

Daybreak Feb 5: USDA: We won’t compete with private sector on carbon
Daybreak April 20: COVID-19 aid is on its way – maybe in May

The Biden administration is taking new steps to increase vaccination rates in rural areas and to meet the president’s goal of administering one shot to 70% of all Americans by July 4.

The administration is releasing $100 million in funding for rural outreach programs and also will be sending vaccines directly to rural clinics, including those in areas with a limited number of other vaccination sites.

Some $860 million will go to rural health clinics and hospitals to help them to broaden testing and mitigate the spread of the virus.

Why it’s needed: According to the Kaiser Family Foundation, three in ten rural residents say they will either ‘definitely not’ get vaccinated or will only do so if required.

Transportation Secretary Pete Buttigieg says the administration expects to see “real movement” from Congress in the days and weeks ahead on President Joe Biden’s $2.7 infrastructure package.

“I think May, in particular, is a month where you are going to see a lot of action,” he told Punchbowl News Tuesday.

Speaking to Fox News earlier this week, the top Republican on the Senate Environment and Public Works Committee, Shelley Moore-Capito of West Virginia, said there appears to be a “real desire” on the part of the White House to reach a compromise on infrastructure spending.

Today is Cinco de Mayo, and California avocado growers should have a lot to celebrate.

Cinco de Mayo was muted last year amid the height of the pandemic, but the Mexican holiday that’s popular on both sides of the border is going to be a much more festive occasion this year and that’s great news for avocado farmers, says the California-based Mission Produce.

About 100 million Americans will be celebrating today and they’re expected to consume 70 million pounds of avocados, says the company that packages avocados in California, Mexico and Peru.

“As vaccinations ramp up in the United States, people are eager to return to pre-COVID activities, like gatherings and in-person dining. Cinco de Mayo could be the first holiday of normalcy for many,” said Steve Barnard, founder and CEO of Mission Produce.

He said it: “There are people out there who somehow think we’re still in the stone ages and farmers still stand around in overalls and hold a pitchfork all day, not that we might not occasionally, but that’s not modern farming.” – Monte Shaw, executive director of the Iowa Renewable Fuels Association on EPA Administrator Michael Regan’s visit Tuesday.