Florida has expanded its right-to-farm law by making it more difficult for residents to sue over the impacts of agricultural operations, adding a slew of conditions designed to discourage lawsuits.

Farming advocates cheered the changes, which they said would protect the state’s ag industry from encroaching development. But opponents said it’s aimed at protecting the sugar industry from lawsuits.

“As more and more people leave densely populated areas of the country and relocate to rural areas of our state, residential development encroaches on our rural areas,” said state senator and bill sponsor Jason Brodeur (R-Sanford), who said the bill was an attempt to “modernize” the law. “Friction between these competing land uses can lead to litigation that threatens the survival of legacy farming communities.” 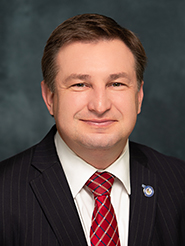 “My sons will be able to continue the legacy of our family-owned operation without the threat of costly and detrimental nuisance lawsuits,” said Steve Singleton, owner of Singleton and Sons Farm in Hastings.

And state Senate President Wilton Simpson, an egg farmer who shepherded the bill through its final passage, said the bill would protect Florida’s agricultural legacy.

Opponents of the bill, however, said it’s targeted at preventing legal actions against sugar companies, which are facing a class-action lawsuit in federal court over their practice of pre-harvest burning, which sends smoke into the air for miles around sugar fields from October to at least March.

In particular, they point to the inclusion of provisions preventing anyone farther than a half-mile from a farming operation from filing a lawsuit, and the addition of “particle emissions” to the definition of nuisance.

“Sugar cane, smoke and ash can travel a lot further” than a half-mile, says Patrick Ferguson, who heads up the Sierra Club’s Stop the Burn campaign. That portion of the law “goes directly to the issue of sugar burning in Florida and fundamentally closes the courtroom doors to folks who are impacted by this practice and looking to seek legal remedies as a result.”

The new law also sets up a tougher standard for plaintiffs to make their nuisance cases, requiring them to prove by “clear and convincing evidence that the claim arises out of conduct that did not comply with state or federal environmental laws, regulations, or best management practices.” In addition, in a new twist for right-to-farm laws, it adds “agritourism” to the list of protected farming activities.

Adam Basford, director of state legislative affairs at Florida Farm Bureau Federation, said the current lawsuit provided an impetus for the bill, but the legislation's purpose is to protect all farming operations from lawsuits that could, for example, target pesticide applications.

“We obviously work with the sugar industry a lot,” he said. “They’re our members, they’re our partners, and we actually worked with them to look at this issue. But from our perspective, it was looking at what has happened to them as a precedent and trying to make sure that type of lawsuit doesn't become more prevalent in the state of Florida.”

Neither U.S. Sugar nor Florida Crystals responded to requests for comment on the bill and the sugar industry’s role. In a statement to ProPublica, which reported that lobbyists for the sugar industry had worked on the bill, Florida Crystals said it had worked with “farmers and ranchers across the state to ensure that farms that abide by local, state and federal regulations can continue to fulfill their important mission.”

The question of whether the bill would have an impact on the pending lawsuit, filed in the Southern District of Florida, is now front and center.

Basford says the bill will not have a retroactive effect.

“There's very clear case law in Florida that unless something is explicitly retroactive in the law, then it’s prospective in nature,” he said.

Local activist Robert Mitchell of Belle Glade, Fla., one of the Everglades communities that has been dealing for decades with what residents call “black snow,” said, “This horrible bill pretty much created a stumbling block.”

He pointed to the defeat of a proposed amendment that would have explicitly stated the bill would not have retroactive effect as evidence that the lawsuit could be affected.

The law “is definitely meant to directly affect this current lawsuit against Big Sugar,” he said, also criticizing its requirement that plaintiffs who lose a nuisance suit would have to pay all costs, fees and expenses to the defendants.

Mitchell also pointed to $11 million in contributions by the sugar industry to Florida state lawmakers in the 2020 election cycle, as reported by the Miami Herald and Tampa Bay Times.

“It’s making our residents sick,” says Mitchell, a representative of the Stop the Burn-Go Green campaign and the founder of Muck City Black Lives Matter. “You don’t have to be a lawyer or a doctor to understand that consistent smoke is not good for anyone.”

The Go Green campaign is urging the sugar industry to employ green harvesting using mechanical methods to prepare for harvest, instead of burning the tops of the plants.

“Where green harvesting has been embraced large-scale, the sugar cane leaves and tops, instead of going up in smoke, are utilized to create additional sources of income or savings for the growers and more sugar-related jobs,” Sierra Club says on a website explaining green harvesting.

The industry defends its burning practices. “This process is strictly regulated and well-controlled through the Florida Forest Service,” U.S. Sugar says on its website. “During harvest season, sugar cane fields are burned in contained, small areas — 40 acres at a time — with fires lasting 15 to 20 minutes on average. We receive permits on a daily basis to ensure that a comprehensive review of weather conditions and surrounding area (or proximity to sensitive areas) has taken place.”

Basford says a critical part of the new law is that it prevents lawsuits over practices that conform to existing environmental laws such as the Clean Air Act.

But Sierra Club, Mitchell and the lawsuit filed against the sugar companies say that the state allows continued burning when the smoke is blowing toward poorer communities.

“Remarkably, current regulations promulgated by the State of Florida deny burn permits to defendants if winds are projected to blow smoke and ash plumes toward the more affluent Eastern Palm Beach County and Eastern Martin County communities near the coast,” the third amended complaint in the litigation says. “By contrast, burn permits are subject to little scrutiny when the wind blows toward the areas of Western Palm Beach County, Western Martin County, Hendry County, and Glades County.” 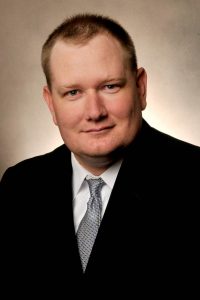 “Typical right to farm statutes provide liability protection for the tort of nuisance, but do not protect against lawsuits brought under other tort claims such as trespass and negligence,” Rumley said in an analysis of the law on NALC’s website. The new law, however, “not only defines nuisance, but it also provides protection against an array of other tort actions so long as the claims would ‘meet the requirements of this definition.’ This language represents a substantial change not found in any other current right to farm statute.”

“Typically, your traditional right-to-farm statutes provide a defense against nuisance lawsuits, but no other type of lawsuit,” he told Agri-Pulse. “That's probably the biggest change in the whole statute. I’ve never seen another state do that yet.”

Rumley says other states, including Arizona, Indiana, New Jersey and West Virginia, are all considering changes to their laws.

Whether Florida’s new law will provide a template for changes in other states remains to be seen, Rumley says.

“It is really hard to tell,” he says. “There was an uptick after the North Carolina cases came through with the large jury verdicts, but amendments to these statutes tend to ebb and flow.” (North Carolina juries handed down awards of over $500 million to neighbors of hog farms in the state in 2018 and 2019, but those awards were reduced to about $100 million before Smithfield settled the cases for an undisclosed amount.)

It will probably take “a couple years” to gauge the influence of Florida’s measure, Rumley said.

Basford says he’s had some conversations with colleagues in other states but noted that the Florida bill was just signed into law April 29.

“We’ve had other states that serve as inspiration for us to kind of move forward in getting this thing done,” he says. “And we hope that other states do the same thing because it's easy to see that agriculture could be under attack at any moment.”