The nation’s largest beef producer group outlined its top near-term policy goals in a letter to lawmakers Tuesday that calls for reauthorization of the mandatory livestock price reporting system with at least one new provision to help producers with marketplace leverage.

In the five-page document sent to the leaders of the House and Senate Ag Committees, the National Cattlemen’s Beef Association and 37 of its state affiliates also called for expanded processing capacity, a fix to the labor squeeze at existing packing plants, and better guidance for what constitutes a “product of the USA.”

“We’ve been seeing increased attention being given to cattle market issues by folks on Capitol Hill,” NCBA lobbyist Tanner Beymer told Agri-Pulse. “We wanted to go on the record outlining the areas of critical concern for NCBA and the cattle industry in the context of all the discussions that are going on right now.” 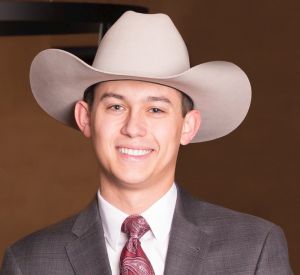 The letter was released ahead of a possible, cattle-specific Senate hearing. The prospect for a hearing got a jolt last week when the top Republican and Democrat on Senate Ag both endorsed the idea of a comprehensive look into the workings of the industry.

In an interview last week with Agri-Pulse, Sen. John Boozman, R-Ark. – the top Republican on the panel – decried the price disparities between packers and producers and said, “We as a Congress need to learn how we can be helpful in pushing things forward.” Committee Chair Debbie Stabenow, D-Mich., said she’d like to see the committee do a “deep dive” on the issue and a hearing is “not out of the question.”

Beymer said it’s unclear at this point what a hearing, should one even take place, would focus on. A broad oversight gathering could be in play, but there’s also the possibility a discussion could take the form of a committee markup of a bill to reauthorize Livestock Mandatory Reporting, which will require action by the end of its current authorization in September.

Sen. Chuck Grassley, R-Iowa, has been pushing for the Ag Committee to take up a bill he introduced to mandate changes in beef markets, but was unsuccessful in convincing former committee Chairman Pat Roberts, R-Kan., to take up the issue. Now, he says Stabenow has told him they will “get together next week and try to see what can be done for a hearing.”

Asked about what he thought Janie Simms Hipp, nominated to be USDA’s general counsel, could do on the matter, Grassley said “we aren’t talking about the interpretation of existing law, we’re talking about passing a new bill that would deal with the issue.” 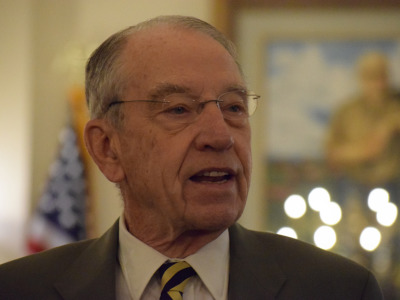 While the livestock market reporting bill could prove to be a vehicle for some of the reform mechanisms, adding additional provisions to that effort could prove to be a delicate balancing act. It’s a bill both producers and packers will want to see passed, but that desire could also keep some language off the table in negotiations. The reporting system is currently operating under a one-year extension rather than the customary five-year reauthorization law.

The reporting system provides tons of livestock pricing information for cash transactions in the beef, pork, and poultry sectors. A recent gathering of beef producer groups firmed up a desire to also produce a contract library that would include information on formula trades taking place in the industry. NCBA’s letter voiced its support of a contract library “so that producers can compare their marketing methods to those of others.”

The organization also spells out a desire to build out more processing infrastructure and make better utilization of the capacity already in place. A provision in a year-end spending measure in December created grants for state-inspected facilities to become federally inspected, thus allowing their products to be shipped across state lines; NCBA says that funding should be distributed “without delay.”

There’s also the delicate matter of addressing “product of the USA claims” on beef packaging, which can currently be applied to all products subjected to USDA inspection whether or not the item in question came from an animal born, raised and slaughtered within American borders.

NCBA is quick to note it is not calling for a return of mandatory country-of-origin labeling, which the organization staunchly opposed and led the drive to repeal in 2015, but instead is “advocating for the expanded use of voluntary origin and value-added marketing opportunities that deliver value back to the producer segment and curtail non-verified blanket origin claims that fail to adequately inform consumers.”