The U.S. and European Union are working to smooth out trade differences when it comes to aviation and steel, but the U.S. dairy sector says a proposed European overhaul to the health certificates it requires for imports is a major threat to American exports.

The U.S. ships about $100 million worth of dairy products each year to the EU, despite tariffs and restrictive licensing requirements, but selling to Europe is on the brink of getting much worse, according to U.S. industry groups like the National Milk Producers Federation and the U.S. Dairy Export Council.

Beginning in August, the EU plans to impose a host of new rules covering the importation of dairy and composite food products, regulations the U.S. industry says will cripple trade. The European Commission was working on its overhaul of the health certificates when it comes to dairy, meat, eggs, seafood and composite foods for about a year before it published the new rules late last year. Composite foods are a wide variety of products such as pizza, cheesecake and biscuits.

The new regulations require farms to receive frequent inspections for signs of foot and mouth disease and rinderpest, new procedures that industry representatives say are far too intrusive and force farmers to hand over too much information to foreign governments. The EU is also demanding new record-keeping systems that would store years’ worth of data on cows’ health records and movements. 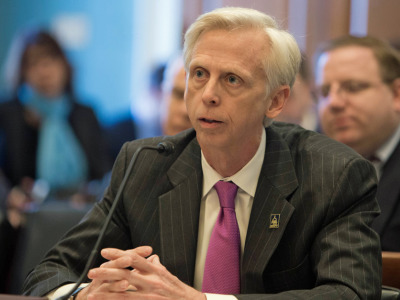 “If we don’t meet those requirements,” one U.S. industry official said, “trade will stop with Europe.”

There is evidence that trade is already being affected. U.S. exporters are rushing to get shipments to Europe on the books by the Aug. 21 deadline, according to the industry official and a U.S. government official who are monitoring the situation.

“If the dairy and composite certificates are implemented as proposed, we are deeply concerned that this new legislation has the potential to cut off U.S. dairy exports to the EU market as well as to foreign food processors whose finished products ultimately are shipped to the EU,” USDEC and NMPF said in the letter. “Trade in dairy products transiting EU member states (in route) to a third country and to U.S. military bases in the EU is also in jeopardy, as are exports of composite products to the EU, even if they contain very little dairy.”

The European Commission is simply acting to consolidate food safety and animal welfare regulations for imports while bolstering their effectiveness, one official said. But the U.S. dairy industry doesn’t see it that way.

Representatives say the U.S. deserves special consideration because of the strength of its food safety and animal health systems, especially because when it comes to animal diseases like foot and mouth disease, conditions are better in the U.S. than in many European countries.

Study: Dire consequences for US dairy if the EU expands GIs
USDA discloses deal to preserve US dairy exports to EU

“The EU’s rush to implement a ‘one-size-fits-all’ approach to food import certification for all countries does not recognize the safety of U.S. dairy products, which has not changed and remains high,” said Mulhern and Harden in the letter to Vilsack and Tai.

As U.S. exporters scramble to rush sales before the August deadline, government officials in Washington and Brussels are trying to work out a solution that will keep trade flowing, even if it’s just a postponement of the new certification requirements, U.S. industry, U.S. government and European government officials tell Agri-Pulse. 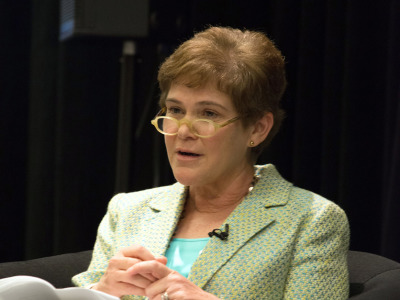 European and U.S. officials agreed to talk only on background because sensitive talks remain ongoing.

Washington is working hard to get Brussels to bend, says one government official. “We are concerned enough that we are really pushing it.”

And Mulhern and Harden say they are frustrated — especially because Europe has much better access to the U.S. dairy market than the U.S. has to Europe.

“If the EU is not prepared to genuinely reform its agricultural trade tactics, then the U.S. should make the difficult decision to fight fire with fire,” they said in the letter to Vilsack and Tai.

“Our industry is deeply frustrated that the EU has easy and reliable access to this market for roughly $1.5 billion of its dairy products each year while the U.S. is forced to scramble every few years when EU import documentation requirements change merely to hang onto dairy exports less than a tenth that level. This persistent EU disregard for the impacts of its agricultural regulatory changes on trade partners must come to an end to have any hope of a good faith reset to trade relations.”

The European Commission has been very accommodating to requests for talks, an EU official said, but stressed that the deadline is still in place. The official declined to say if any changes had been agreed upon.

“We are talking and we hope that we can find a solution,” the official said.