New animal rights agendas in Western states are threatening to curtail livestock production there as animal rights groups latched onto an environmental platform that calls for cutting back or eliminating meat consumption to help slow climate change.

Because the animal rights movement is small compared to the environmental movement, activists are hoping to get more traction by attaching their agendas to those of other, larger movements, according to experts.

“There has not been a lot of collaboration between groups like the Sierra Club or The Nature Conservancy and animal rights groups,” Jamison said. “But pragmatism rules the day, and when there are clearly defined benefits that animal rights groups and environmental groups can sign off on, they will cooperate.”

The last time such collaboration happened on a large scale was in 1990 when the two factions teamed up to get Proposition 117 on the ballot in California. Animal rights groups wanted to ban the hunting of mountain lions, and environmentalists signed on because they saw it as an opportunity to protect mountain lion habitat. Proposition 117 passed 51.4% to 47.6% and is still in effect today.

Now, animal rights groups have elevated two ballot initiatives with the potential to outlaw common agricultural practices like artificial insemination and castration, but one has already hit a stumbling block in the judicial system.

The Colorado Treatment of Animals Initiative 16 was remanded by the state's supreme court on Monday but had the state's livestock and ag groups concerned about its potential implications. If passed by Colorado voters, the initiative would have expanded the state’s current definition of a “sexual act with an animal” to include “intrusion or penetration into an animal’s anus or genitals with an object or part of a person’s body” while eliminating the existing exception for animal husbandry. It would have also prohibited the humane slaughter of an animal until it has lived one-fourth of its natural life span, but the state Supreme Court ruled it violated the state's "single subject" clause.

Oregon’s Initiative Petition 13 (IP 13) is still active. If passed, it would basically criminalize animal agriculture in the state by classifying slaughter as aggravated abuse, and similar to the Colorado initiative would characterize artificial insemination and castration as sexual assault.

Direct Action Everywhere is one of the groups behind Colorado’s ballot initiative. Robert Norton, professor of veterinary infectious diseases, biosecurity, and public health at Auburn University, said Direct Action Everywhere is a well-financed, transparent group, and its leadership is legally and socially astute. On its website, Direct Action Everywhere states that if enough people were to join its cause to liberate animals “every last slaughterhouse will shut down in one human generation.” The group has a code of ethics, which includes nonviolence, and as a nonprofit, publishes its financials. 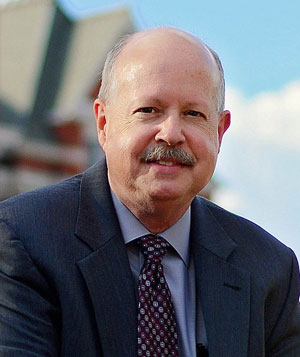 End Animal Cruelty, a sponsor of Oregon’s ballot initiative, is now reportedly gathering the 112,000 signatures it needs to get IP 13 on Oregon’s ballot next year. David Michelson is a chief petitioner behind the initiative and recently told KBOO, an alternative donor-supported radio station in Portland, that if the measure were to pass, "Oregon would essentially become a sanctuary state for animals.

Without the ability to breed animals through practices like artificial insemination, Michelson said billions of animals would not be brought into the world. He added that, if IP 13 were to pass, a future conversation for people would be to decide whether they “even want (animal ag) industries to continue.”

Even before the Colorado Supreme Court action, many saw that initiative's chances at passage as steep given the state's long-held ranching culture. But animal ag advocates say these efforts by advocacy groups should not be taken lightly.

Mainstream environmental groups have not traditionally attached themselves to animal rights agendas, but some of their members are sympathetic to both causes, experts said, and the result of both initiatives, if passed, would be to reduce or eliminate animal agriculture in those states — an agenda that dovetails with the food and agriculture platforms of many environmental groups.

Greenpeace, for instance, encourages people to adopt a plant-based diet, saying: “Switching to organic, plant-based foods from local eco-farms, reducing (or eliminating) meat and dairy consumption, and even growing some of your own food are all steps that help combat climate change, protect forests and waterways, and make us healthier and happier.”

The Sierra Club also notes on its website that “minimizing the production and consumption of domestic animals” that produce the most methane, such as cows, goats, and sheep is one way to reduce greenhouse gas production.

Likewise, the animal rights group Farm Sanctuary recently launched a new website that mirrors these messages by calling for systemwide changes in food and agriculture, including a shift away from animal products toward plant-based alternatives. The only difference is that it also includes the animal rights message, which is not echoed on the environmental groups’ websites.

“Reducing or eliminating animal products from your diet and supporting plant-based, community-centered agriculture is a great step you can take toward healing the planet, improving your health, helping farm animals, and reducing the plight of workers in these industries,” Farm Sanctuary says on its website.

Norton has been studying the animal rights movement for years and said activist groups are pushing the message, especially to young people, that animal agriculture is one of the main sources of methane and some of the other gasses affecting the environment. This claim — often cited by opponents of animal agriculture — is rebuffed by recent Environmental Protection Agency figures showing agriculture accounted for about 10% of the nation's greenhouse gas emissions in 2019; of that 10%, livestock emissions accounted for about 38%, EPA noted.

The Animal Ag Alliance’s Emily Solis said animal rights groups will look for any way to capitalize or push their agenda, and generally speaking, animal rights groups are trying to attach their message to other movements, including labor issues like those affecting farmworkers and meat processing employees as well as the Black Lives Matter movement and environmental racism. 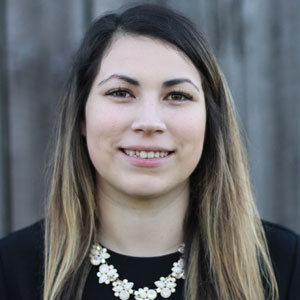 The older approach to animal rights activism from groups like the Animal Liberation Front, where entire farms of animals would be released or facilities damaged, has been replaced by groups acting within their constitutionally protected rights. These groups liberate one animal at a time, and when they are guilty of trespassing and minor theft, the penalties are palatable and they receive a lot of publicity, particularly on social media, for their efforts.

“The extreme groups, like Direct Action Everywhere, make a lot of noise on their social media platforms,” Solis said.” But they don’t reach many people outside their own echo chamber.”

Norton said activist groups are trying to change the social culture of young people because they realize those are the people more willing to pursue change. As activist issues become more mainstream, especially with the next generation, and the public drifts further from agricultural roots, Norton said chances increase that ballot initiatives like those in Colorado and Oregon could succeed.

“The industry needs to take this very seriously,” Norton said. “To maintain animal agriculture at the current level, we need to study this, address the issues, and find ways to break through the message barriers.”

While the Oregon ballot initiative still faces challenges, the struggle for the industry is the general public determines the outcome of ballot initiatives, Solis said. The way the Colorado and Oregon initiatives are framed and written — to prevent sexual assault and premature death — people who don’t have a good understanding of practices like castration and artificial insemination could very well vote for the initiatives if they indeed make it onto the ballots in 2022.

Jamison said the animal rights movement is moving away from action by large groups to make campaigns appear more local. He also noted that while this has not been confirmed, it appears that large established groups are approaching local activists to mobilize them around a specific area or cause and then contacting members to encourage them to donate to that cause.

While at this point, the animal rights movement is relatively small, the environmental movement is mainstream and climate change is a growing concern for Americans. According to a 2020 survey by the Pew Research Center, almost two-thirds of U.S. adults (64%) said protecting the environment should be a top priority for the president and Congress, and more than half (52%) said the same about dealing with global climate change. A January Gallup poll further showed that 23% of Americans said they ate less meat over the past year than they previously had, and of those who cut back, almost half (49%) did so because of environmental reasons.