Farm Hands on the Potomac: Dolcini plans to return to DC 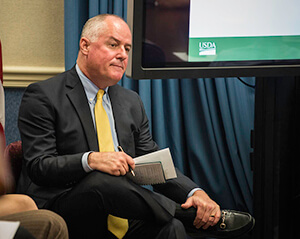 Val Dolcini has submitted his resignation, effective July 2, at the California Department of Pesticide Regulation and plans to return to Washington, D.C. California Gov. Gavin Newsom created the CalEPA deputy secretary for agriculture position for Dolcini in 2019, and after six months Dolcini later become head of CDPR. Dolcini previously served as the Farm Service Administrator during the Obama Administration. Dolcini was one of three who recently announced plans to leave CDPR.

Charles Santerre has been named the chairperson for Clemson University’s Food, Nutrition and Packaging Sciences Department. Santerre comes to Clemson after working at Purdue University as a professor of food toxicology. He also served as a senior policy adviser for the Office of Science and Technology Policy in the Executive Office of the President during the Trump Administration. In 2014, he was appointed to the Food and Drug Administration's Center for Food Safety and Applied Nutrition’s Food Advisory Committee, and in 2010 served as an American Association for the Advancement of Science fellow.

The Senate confirmed Lina Khan to the Federal Trade Commission with a final vote of 69-28 and shortly after, President Biden tapped her to serve as the new chair of the FTC, replacing Rebecca Kelly Slaughter. Slaughter has served as the acting FTC chair since January. Khan is an associate professor at Columbia Law School.

The Senate has confirmed Michal Freedhoff to be the next assistant administrator overseeing EPA’s office of chemical safety and pollution prevention. Freedhoff has worked on Capitol Hill for over two decades, most recently as the minority director of oversight for the Senate Environment and Public Works Committee.

Former House Ag Committee Chairman Mike Conaway has joined the Texas Agricultural Land Trust board of directors. Conaway served eight terms in the U.S. House of Representatives, retiring in 2020 after serving 16 years in public service. Conaway will serve a three-year term as an at-large member of the board.

Finsbury Glover Hering has hired Jenny Hopkinson as a director in the firm's food and agriculture practice. Hopkinson most recently worked at the National Farmers Union.

Marvin Kokes has accepted a new job offer as the vice president of agribusiness lending for Farm Credit Services of America. Kokes previously worked at the National Cattlemen’s Beef Association in industry and member services.

The National Association of State Departments of Agriculture has brought on Tandy Kidd as manager of events and member engagement and Maria Martinez as coordinator of programs and grants for the NASDA Foundation. Kidd most recently served as special project manager for the Oklahoma Department of Agriculture and Martinez most recently served as a graduate teaching assistant for the University of Georgia and has prior experience with Kansas Corn, Yum Brands Co. and the National FFA Organization. 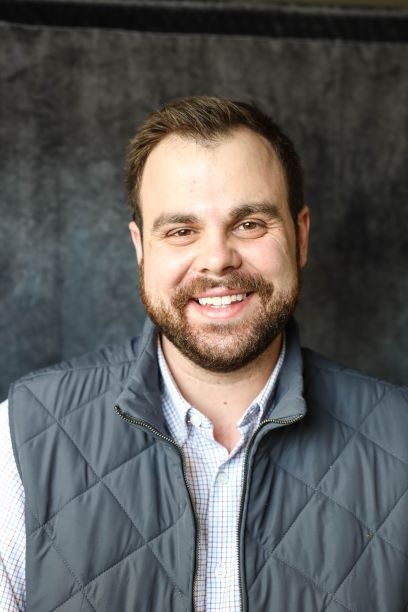 Judd Gardner has been promoted to legislative director for Sen. Jerry Moran, R-Kan. Gardner previously was the deputy legislative director and handles the portfolio for agriculture and food, environmental protection, public lands and natural resources, animal welfare, and foreign trade.

Shelby Davis-Prettiman has moved up to legislative assistant from legislative correspondent in the office of Sen. Chris Van Hollen, D-Md. Davis-Prettiman will handle the portfolio for agriculture and food, animal welfare, energy, environmental protection, public lands and natural resources, and the Chesapeake Bay.

Jared Honts has been moved to legislative aide from legislative correspondent in the office of Sen. Rick Scott, R-Fla. Honts helps work on the appropriations and health portfolios.

Janet Montesi has joined the staff of Rep. Kevin Brady, R-Texas, as his new communications director. Montesi previously worked at the Federal Emergency Management Agency as a press secretary.

Abigail Hemenway has been elevated to legislative correspondent from staff assistant for Sen. Lisa Murkowski, R-Alaska. Hemenway previously worked on the Senate Energy and Natural Resources Committee as a staff assistant.

Tyler Brown has left the beltway and has moved back to Iowa to work for Sammons Financial Group Companies as the associate director of government relations. Brown was on Capitol Hill in the office of Sen. Joni Ernst, R-Iowa, as a legislative assistant covering tax, financial services, small business, budget, and appropriations issues.

Chavonda Jacobs-Young, acting undersecretary for the Research, Education and Economics mission area and acting chief scientist of the Department of Agriculture, has joined the World Food Prize Foundation’s council of advisers. 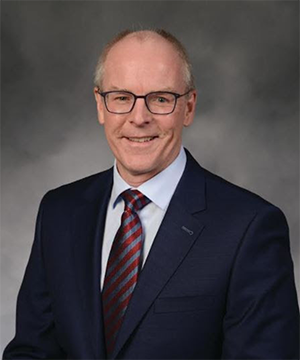 Sally Flis has been tapped to be the 2021-2022 president-elect for the Council for Agricultural Science and Technology (CAST). Flis works at Nutrien Ag Solutions as the sustainable ag field manager. She is a member of and has chaired the Plant Ag and Environment workgroup (PWG) at CAST. She has also served on the board of directors since 2018 as the PWG liaison.

Jim Spradlin has announced he will retire as CEO of GROWMARK, effective Feb. 28. He has served in the GROWMARK system since 1982, first joining as an accounting trainee at Schuyler-Brown FS. GROWMARK is currently searching for Spradlin’s replacement and hopes to name someone by the fall so they can work alongside Spradlin before he leaves.