US and EU declare new era of trade cooperation

The U.S. and European Union remain at odds over major trade issues, but leaders announced a new age of cooperation Tuesday, and U.S. farmers stand to benefit if leaders can follow through on the goodwill expressed in Brussels this week.

U.S. Trade Representative Katherine Tai and European Commission Executive Vice President Valdis Dombrovskis announced a deal aimed at ending tariffs tied to aircraft subsidies, but they and others stressed that the agreement is just the beginning of more cooperation on trade and other issues.

“This shows the new spirit of cooperation between the EU and the U.S. and that we can solve the other issues to our mutual benefit,” said Dombrovskis. “Together we can deliver for our citizens and businesses.”

A key dispute that the U.S. agriculture sector would like to see resolved is over U.S. tariffs on steel and aluminum imports from Europe, which resulted in EU tariffs on U.S. corn, rice and other commodities.

The U.S. and EU hope to have a resolution by the end of the year, both parties said in a joint statement Tuesday.

“We will engage in discussions to allow the resolution of existing differences on measures regarding steel and aluminum before the end of the year,” the statement said. “In this regard, we are determined to work together to resolve tensions arising from the U.S. application of tariffs on imports from the EU under U.S. Section 232, and will work towards allowing trade to recover from its 2020 lows and ending the WTO disputes.”

Another vexing problem for U.S. ag is the EU plan to impose new restrictions on U.S. dairy and meat.

Tai expressed optimism that the resolution to the dispute over aircraft subsidies would lead to more cooperation on other trade disputes and barriers.

The resolution on aircraft subsidies — including an agreement by the EU for a five-year suspension on U.S. wheat, orange juice, grapefruit, almonds, livestock feed and other commodities — represents an opportunity to rebuild U.S.-EU ties and “commit to working together on common challenges,” she said.

European Commission President Ursula von der Leyen said Tuesday that she expects the U.S. and EU to end the dispute over steel and aluminum trade by December amid the new wave of cooperation.

“With that spirit, we’ve said. 'Let’s sit down. Let’s sort this out together … and get rid of this nuisance issue,'" she said.

It’s of particular importance to U.S. corn farmers because the EU levies a 25% tariff on the grain in retaliation for the U.S. steel and aluminum duties.

Neither Tai nor her European counterpart mentioned publicly the looming dispute over the EU’s plan to begin requiring new health certificates for U.S. dairy and meat products this summer, but the National Milk Producers Federation, U.S. Dairy Export Council and U.S. lawmakers are hoping this is one more problem the two sides can resolve.

The NMPF and USDEC are lauding a new letter by Democratic and Republican lawmakers that asks the European Commission reconsider “these burdensome requirements and in the meantime delaying their effective date, so that U.S. exporters can assure their buyers that affected products will be available.”

The EU is still on track to impose a host of new rules covering the importation of dairy, meat, eggs, seafood and composite food products on Aug. 21. Composite foods are a wide variety of products such as pizza, cheesecake and biscuits.

The U.S. dairy industry says the rules would cripple trade, and there is evidence that U.S. exporters are already being impacted. 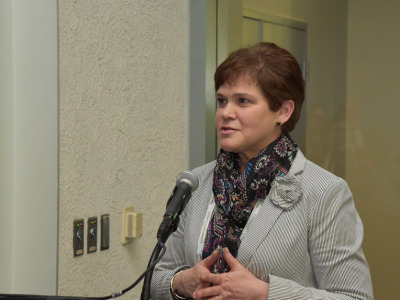 The new regulations require farms to receive frequent inspections for signs of foot and mouth disease and rinderpest as well as implement new record-keeping systems that would store years’ worth of data on cows’ health records and movements. The requirements are far too intrusive and force farmers to hand over too much information to foreign governments, say U.S. groups like the NMPF, USDEC and the International Dairy Foods Association.

"On behalf of America's dairy farmers, processors, and exporters, we thank Representatives Kind, Walorski, Costa and Katko for emphasizing to European leadership the need to prevent significant trade disruptions to U.S. dairy exports," said USDEC President and CEO Krysta Harden about the letter from lawmakers. "The U.S. government and American dairy industry have been making a reasonable request to delay implementation of the EU’s new certification requirements, which fail to recognize the safety of U.S. dairy products and the high level of animal health protections in our industry.”

The U.S. ships about $100 million worth of dairy products each year to the EU, according to USDEC data.

U.S. government and European government officials tell Agri-Pulse that there are ongoing talks between Washington and Brussels to resolve the U.S. industry concerns or at least postpone the new health certificates.