Farm groups are worried a UN initiative to reshape food production could result in recommendations that harm U.S. trade and deter the use of technology globally. But USDA tells Agri-Pulse the Biden administration will be emphasizing technology and research in its contributions to the UN Food System Summit.

In an extensive response to questions posed by Agri-Pulse, USDA said the U.S. contributions to the summit “will focus on improved nutrition for the most vulnerable, climate-smart agriculture and food systems, and inclusive food systems.”

The department says the administration “is committed to bringing the best science and innovation to grow climate-smart agricultural production. … By leveraging evidence-based innovation and science, including biotechnology, we can expand the toolbox for farmers, fishers and other producers to improve sustainability and resilience throughout food systems." 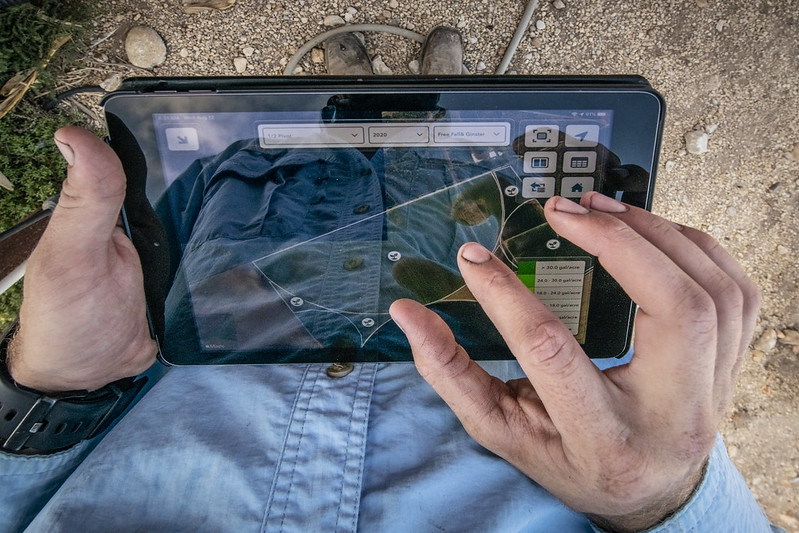 By the way: In conjunction with the summit, USDA has been conducting a series of input-gathering sessions that started in January. The final meeting next Wednesday “will focus on pathways forward,” USDA says.

For more on how the summit process and why ag groups are concerned about it, read our report in the weekly Agri-Pulse newsletter. We also look at prospects for a permanent disaster assistance program, an idea that House Ag Chairman David Scott says he’s working on.

Senate leaders have teed up floor debate on the Growing Climate Solutions Act, a bill intended to accelerate development of ag carbon markets.

The exact timing hasn’t been announced, but the Senate will have two hours of debate on an amendment offered by Sen. Mike Lee, R-Utah, and then will vote on passage of the bill.

Republican Sen. Chuck Grassley of Iowa says meatpackers are out of touch with concerns in farm country about their market power.

This week, the North American Meat Institute submitted comments to USDA about improving the food supply chain and said this about the meat industry: “Rhetoric about increasing concentration in the beef industry does not match reality, which is that the United States fed cattle market has had four firms operating in the space for more than 25 years.”

“The situation is very bad, and my comment is they (packers) have their head stuck in the sand,” Grassley told reporters ahead of a hearing that the Senate Ag Committee is holding this afternoon on cattle pricing.

By the way: Beef producer groups are pushing Congress to reauthorize the livestock mandatory price reporting law, create a beef contract library and publicize the results of a Department of Justice investigation into livestock markets.

Registrants of the herbicides atrazine and simazine are voluntarily requesting the cancellation of dozens of uses, but the companies are protecting applications for row crops.

The companies’ requests would end the use of atrazine “in or on roadsides; Conservation Reserve Program (CRP) land; conifers, including Christmas tree plantings; timber and forestry; and miscanthus and other perennial bioenergy crops,” according to an EPA notice.

The requests also would cancel the use of simazine in or on shelterbelts and all forestry uses except for Christmas tree plantings.

The public will have 30 days to comment on the proposal.

President Joe Biden has picked an expert in prosecuting environmental crimes to be the top regulatory enforcer at EPA. David Uhlmann will be nominated to be the agency's assistant administrator for enforcement and compliance assurance, the White House announced Tuesday.

Uhlmann, now a law professor at the University of Michigan, served for 17 years as a federal prosecutor, including seven years as the chief of the Justice Department’s environmental crimes section.

The White House says Uhlmann “earned a reputation for prosecuting polluters aggressively and fairly, presided over expansion of the environmental crimes program, and strengthened relationships with the Environmental Protection Agency, the Coast Guard, and other law enforcement partners.”

The committee usually meets face-to-face twice a year, generally in the spring and the fall. Members may be asked to serve on working groups that develop recommendations on specific policy issues.

The National Farmers Union says a proposal to permanently slow first-class mail delivery would be “catastrophic” for agriculture. The Postal Service currently is supposed to deliver mail in one to three days; the proposal would extend that to five days.

“Farmers rely on quick and affordable delivery for more than just seeds, fertilizer, pesticides, and other essential products. Farmers also receive live animals like chicks and bees in the mail. In these cases, delivery times cannot risk being postponed without tragic results,” NFU says in comments to USPS.

He said it. “I don’t represent Texas.” – Sen. Chuck Grassley, R-Iowa, responding to a reporter asking about concerns by Texas producers about his attempt to restrict packer purchasing practices.

He added, “You don’t get anything done in the United States Senate without some compromise. I’m willing to sit down with people and see what can be worked out.”