The Water Blueprint for the San Joaquin Valley has offered Gov. Gavin Newsom a list of projects to fund this year in response to the deepening drought. The coalition of local leaders, water agencies, farmers and commodity groups hopes the governor can allocate part of his $5.1 billion drought package to protecting drinking water in disadvantaged communities, restoring habitat, repairing canals and supporting a range of other multibenefit projects.

“We believe that, coupled with strategic land repurposing, these programs and projects could move the state and region closer to a future that protects the environment, economy and communities while helping them thrive,” writes Blueprint Director Austin Ewell in a letter to Newsom.

The coalition has expanded to include five caucuses, one of those composed of environmental groups.

“Particularly, the environmental demand is a hard one to get our arms around,” said Scott Hamilton, chair of the group’s Technical Water Committee, during a Blueprint meeting earlier in June. “We're very much looking forward to working with some of the environmental groups to get a better handle on that.”

Hamilton expects to reach out to The Nature Conservancy to coordinate on restoration projects in Tulare and Madera counties. Ewell said the Blueprint team has also been meeting with groundwater sustainability agencies to “evangelize and get them on board.” The Blueprint seeks to broaden the range of stakeholders and beneficiaries in the coalition to gain the Democratic support needed to sway previous opponents to such infrastructure investments.

The largest request is asking the governor to support Senate Bill 559 by State Senator Melissa Hurtado of Sanger. Newsom vetoed Hurtado’s previous version of the measure last year, after an appropriations committee had amended it to remove all funding.

The new bill proposes $785 million for restoring conveyance capacity along the Friant-Kern Canal, the California Aqueduct and the Delta-Mendota Canal. The Blueprint argues this would bolster California’s resilience to drought and climate change by replenishing groundwater basins, filling reservoirs, supporting recycled water projects and restoring ecosystems. 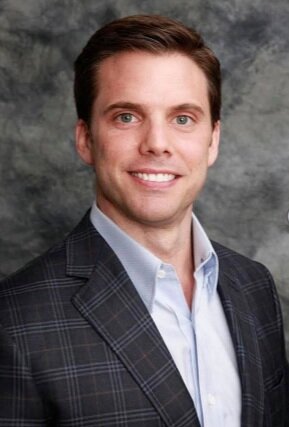 Austin Ewell, executive director of the Water Blueprint for the San Joaquin Valley

Newsom had proposed $200 million for conveyance projects in his drought package. That was trimmed down to $100 million in the package approved by the Legislature on Monday as part of an agreement between the governor and Democratic legislative leaders.

Yet the administration may be considering further allocations for water storage through the state budget. Sergio Aguilar, an assistant program budget manager at the Department of Finance, told the Assembly Budget Committee on Monday that an additional $2.1 billion in general taxpayer funding in the budget package remains to be allocated. The two branches have deferred negotiations over the remaining spending for the water resilience and drought package until later this summer.

Water interests ask Newsom for $6.5B in aid, as drought and flood costs rise
Newsom to decide on water 'Blueprint' for San Joaquin Valley

Aguilar noted that a significant amount remains from the Proposition 1 water bond money approved in 2014, and the Water Commission is currently considering options for approving this money for storage projects. Several Central Valley lawmakers have shared frustration lately that Prop. 1 funding was meant to better prepare the state for droughts like the one this year, but has instead remained in limbo.

“We have a lack of clarity when it comes to water storage, which has to be part of the solution if we're going to prepare for droughts in the future,” said Republican Assemblymember Vince Fong of Bakersfield on Monday.

Republican Asm. Thurston Smith of Apple Valley pushed lawmakers to go much further than Newsom or even Hurtado have proposed. He sought to add an amendment to the “budget bill junior,” guaranteeing $1 billion in water storage investment. The Democratic majority quickly overruled the amendments.

The Blueprint is also proposing projects that would bring more immediate relief if the drought persists into a third or fourth dry year. This could include lining canals and reservoirs to reduce water loss, installing meters on groundwater wells to better manage pumping, expanding projects that recycle municipal water for irrigation, and implementing groundwater recharge projects. Another measure that has been deployed in previous droughts would pump water upstream along the California Aqueduct to areas cut off from their banked groundwater supplies.

With the drought temporarily fallowing thousands of acres in the valley this year and the Sustainable Groundwater Management Act threatening to permanently retire as many as a million acres from production, the Blueprint is proposing $20 million to support land repurposing. The proposal dovetails with Assembly Bill 252 by Asm. Robert Rivas of Hollister, which has strong support from the Environmental Defense Fund and offers a similar program.

Such projects would be subject to a lengthy process of environmental documents and permit applications that require strategic design, planning and preparation.

“Those dollars for repurposing should only be spent when there is a collaboratively completed framework on how to achieve that water balance,” according to the Blueprint report to the governor. “Developing creative, cost-effective plans through collaboration is expensive and time consuming, but the initial investments often result in more thoughtful and effective plans with broader stakeholder, agency and public support.”