The Environmental Defense Fund (EDF) has published a new white paper to guide local agencies as they prepare for a future that may involve fallowing a large portion of the nation’s most productive lands. EDF is sponsoring a related measure in the Legislature that builds on the organization’s efforts to repurpose lands by incentivizing pilot projects.

“We're here today because the Central Valley has reached a fork in the road,” said Ann Hayden, who leads the EDF California Water Program, in her testimony last week in support of the bill. “The valley could become a haphazard patchwork of dusty fields with invasive weeds and pests, further impairing already poor air quality and putting many farmworkers out of work.”

Research studies project as many as one million acres could be fallowed in the San Joaquin Valley over the coming decades under plans for the Sustainable Groundwater Management Act (SGMA). As Hayden described it, this would be an area the size of Yosemite National Park.

With that in mind, EDF embarked on a listening tour last year with water policy veterans at the consulting firm New Current Water and Land. They hosted four workshops to gather insights from water and land managers on how they are proactively planning for land repurposing.

The feedback is shared in the white paper, which walks stakeholders through the process of developing and implementing strategic plans for repurposing the land. Alternatives could involve groundwater recharge, cattle grazing, ecological restoration projects or recreational areas. Other environmental groups like The Nature Conservancy, the Union of Concerned Scientists, and Sustainable Conservation have also developed guidance and technical tools.

A new legislative proposal arose from the workshops as well. Assembly Bill 252 would provide block grants to groundwater sustainability agencies and other local entities to dole out incentive payments to farmers who are willing to try out new actions on their lands while reducing groundwater pumping, according to Hayden.

“We're aiming to provide as much flexibility as possible for the landowner community to start exploring what options exist that work for them,” she said. 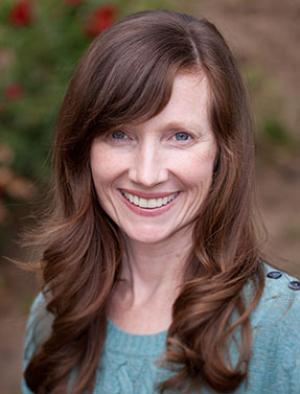 In introducing the measure last week, Assemblymember Robert Rivas of Hollister said that fallowed land presents an environmental liability in need of a remedy. Asm. Rudy Salas of Bakersfield, a co-author on AB 252, said the bill has been a couple years in the making and holds promise.

Hayden described the measure as providing a new path for the valley, transforming it into a thriving and water-resilient agricultural region.

“Our hope is that if we can begin to proactively plan for these changes, we can lessen impacts and perhaps even open the door to create some opportunities for a more resilient Central Valley,” she said.

The process is just beginning, and the valley faces a number of obstacles in the years ahead.

Emmy Cattani, the vice president of Cattani Farming and Ranching, a diversified operation in Kern County, worried that SGMA will lead to thousands of landowners making individual decisions that may not add up collectively.

“How do we manage that in a time where a lot of farmers are just trying to survive?” asked Cattani during a panel discussion hosted by EDF last week. “There's not a lot of extra buffer there. When you're running out of water, your land is becoming less valuable. So people are desperate.”

Many of the new land uses would conflict with existing management practices and run up against a bureaucracy of overlapping local agencies. And large-scale permanent changes may be too much for farmers to handle right now, worried Cattani. She also noted that a lot of the valley’s prime farmland has junior water rights, making it likely to be fallowed first.

Jack Rice, a natural resources consultant and former policy advocate for California Farm Bureau, agreed that farmers have already been struggling with labor issues, drought and many other challenges in recent years and will need time and flexibility to deal with this additional new uncertainty.

“The reality is economics are going to have a great influence in shaping this, and that's hard,” said Rice. “It's one thing to talk about ideas and it's another thing to do the math for a particular project and see how it works out.”

Rice said farmers are already getting mixed signals from policymakers and consumers. While California policies may deliver world-leading environmental standards, consumers tend to buy the imported product that is a dollar less on the shelf, he explained.

Anna Schiller, a manager in EDF’s water program, worried that federal incentive dollars for farmland conservation often fail to match the value of farmland in the valley.

“The payment expectations vary greatly from what a corn farmer in Iowa might expect for implementing a certain conservation practice,” said Schiller.

Amanda Monaco, a water policy coordinator for the Leadership Counsel for Justice and Accountability, pointed out that local communities often have different interests from farmers for that retired land. She described her engagement with community leaders in the town of La Vina in Madera County.

“The residents there are aware that over one million pounds of pesticides are applied to the land surrounding their community every year. They experience problems with their drinking water supply and drinking water quality and really have a lack of natural green spaces,” said Monaco. “They started saying it would be really great if they had buffer zones around their communities, if that could be incentivized so that they had less pesticide drift.”

Cattani emphasized that incentives grants must play a strong role in transitioning the lands. She said most growers will first try to sell the land before having to fallow it, and agencies will have to work with the new owners on investments for repurposing.

Yet Stephanie Anagnoson, who directs water and natural resources for Madera County, said that just getting past the politics to deliver incentive dollars to farmers could be a battle.

“People are excited about being paid for some ecosystem services or taking their land and retiring it. I don't hear people excited about paying into a system that does that,” said Anagnoson. “It's possible to create many different types of incentive structures. But it all needs to be paid for by someone.”