USDA will be taking some action to curb the market power of equipment manufacturers and other agribusiness giants. But it’s not clear yet what kind of teeth there will be in what USDA does.

White House press secretary Jen Psaki announced Tuesday that President Joe Biden would be signing an executive order directing USDA to address issues such as the ability of farmers to repair their high-tech equipment. But she provided few details.

Keep in mind: Critics of industry practices say concerns over software and code prevent farmers from doing their own repairs or utilizing third-party mechanics.

An official with the Association of Equipment Manufacturers, Stephanie See, said member companies “support a farmer's right to repair his or her own equipment. Our industry provides diagnostic guides, service manuals, and other tools and information for repairs and maintenance.”

White farmers suing USDA in Texas over its debt relief program for minority producers are objecting to some of the preparatory work USDA is continuing despite a preliminary injunction.

The plaintiffs and USDA filed papers before U.S. District Judge Reed O’Connor following his July 1 order halting payments under the program, an action already taken by judges in Wisconsin and Florida. On Monday, the plaintiffs said O’Connor’s order barred USDA “from discriminating on account of race or ethnicity in administering” the program. That includes, the plaintiffs argued, sending letters to eligible borrowers.

From now on, farmers will be able to hay and graze the cover crops they’ve planted on prevent-plant acres without waiting until November. Under the old policy, farmers who grazed or cut cover crops before Nov. 1 would have their prevent-plant payment reduced by 65%.

USDA’s Risk Management Agency is making a change for 2021 that will become permanent through a regulatory modification. RMA has decided that farmers seed cover crops on prevent-plant acres primarily for conservation purposes, not to get a second crop, and thus there should be no cut to their PP payments, Acting RMA Administrator Richard Flournoy tells Agri-Pulse.

Sen. John Thune, R-S.D., welcomed the rule change. “This will help level the playing field for producers in northern states like South Dakota,” he said. 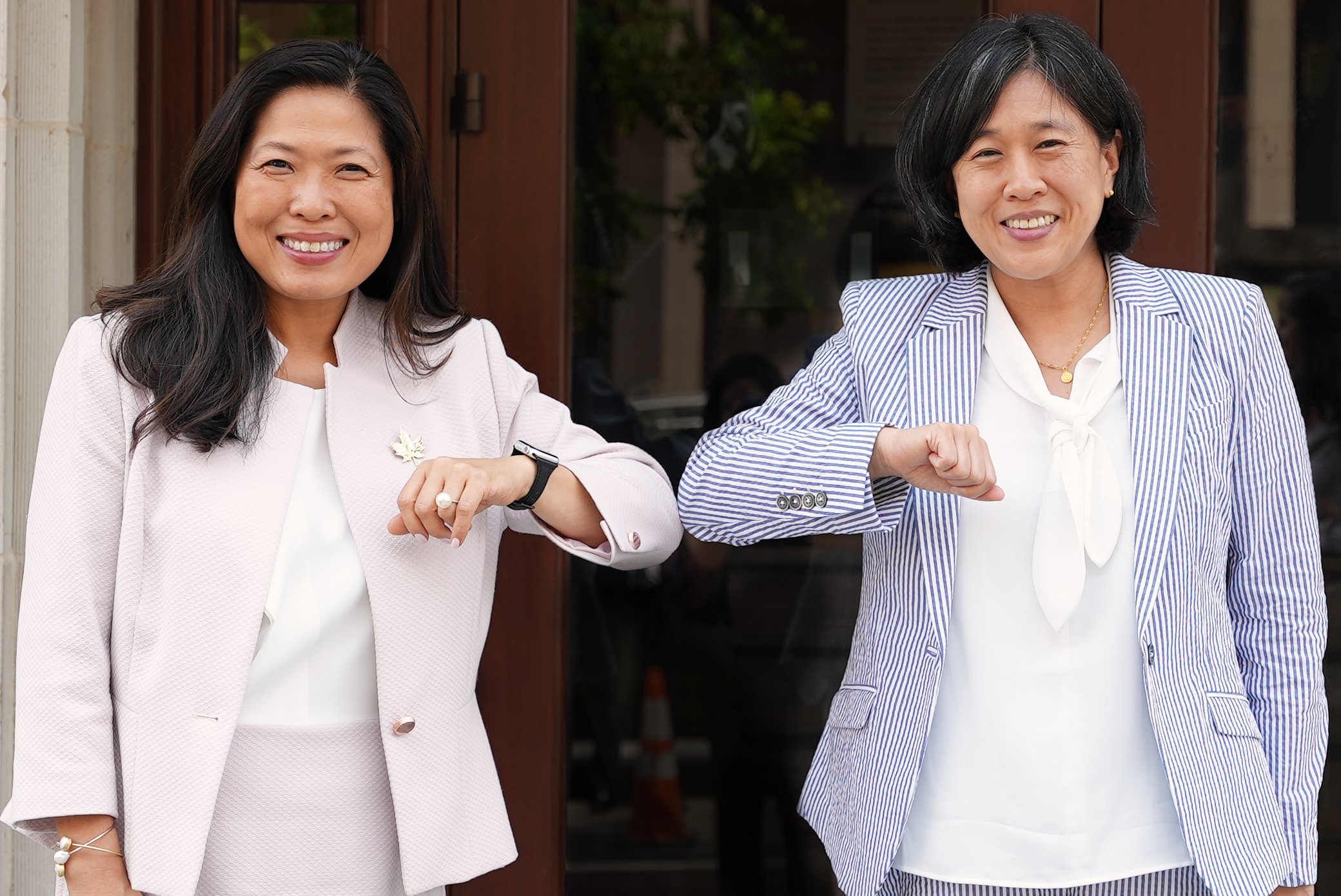 U.S. complaints about Canada’s compliance with the U.S.-Mexico-Canada Agreement on dairy imports was a topic of discussion when U.S. Trade Representative Katherine Tai met Tuesday with Canadian Trade Minister Mary Ng, according to a statement by Tai’s office.

Tai left later in the day for Mexico City, where she will sit down with Mexican Economy Secretary Tatiana Clouthier and Ng for more USMCA discussions.

Brazil’s corn harvest, already damaged by drought, is taking a hit again, this time from frost.

That reduces the forecast for the entire second-harvest corn crop – the “safrinha” that is planted after the country’s soybean crop is harvested – to 59.1 million tons. Last year, farmers harvested 75.1 million tons.

USDA’s Foreign Agricultural Service has raised its forecast for Brazil’s next soybean crop to 99.6 million acres, about 741,000 acres above the previous forecast. FAS expects Brazil to produce 143.5 million metric tons of soybeans next year, up from 137 million tons this year.

Brazil’s soybean exports next year “are forecast at 94 (million metric tons), shattering this season’s expected record shipments,” FAS analysts said. “The forecast is based on available supplies, a favorable exchange rate, and continued robust global demand.” Brazil is expected to export 87 million tons this year – most of it to China.

EPA is withdrawing an October decision allowing the use of phosphogypsum in government road construction, saying the Trump administration’s action was “premature.”

A request made by The Fertilizer Institute didn’t contain all of the information required, the agency said in a Federal Register notice being published today. In a letter to TFI CEO Corey Rosenbusch, EPA specifically cited a lack of information on exactly where and how much phosphogypsum would be used.

The announcement approving the radon-emitting byproduct of phosphate production was made by previous EPA Administrator Andrew Wheeler. EPA said then that TFI analyses “demonstrate that the proposed use of phosphogypsum in road construction” was as safe as putting the stuff in stacks.

There are more than 60 stacks of phosphogypsum in 13 different states, mostly in the Southeast, EPA said.

She said it. “Something I learned that I found a little outrageous – we'll see what you all think – is that under current labeling rules, most grass-fed beef labeled ‘Product of USA’ is actually raised and slaughtered abroad and then imported to the U.S. for processing.” – White House press secretary Jen Psaki, announcing the president’s moves to address agribusiness competition issues. Read our report on USDA's planned labeling review.