US seeks to undo Taiwan damage to pork trade

Taiwan needs to undo the damage it’s doing to U.S. pork exports. That’s one of the contentious messages delivered by the U.S. to Taiwan during recent trade talks, according to sources close to the discussions.

At the beginning of the year, Taiwan eased trade barriers to U.S. pork and beef — just as President Tsai Ing-wen promised in late August of 2020. While beef trade generally benefited from the removal of outdated BSE restrictions, U.S. pork exports declined sharply as the Taiwanese government replaced one restriction on pork imports and added newer measures, say U.S. officials.

While Taiwan followed through early this year on a promise to lift its zero-tolerance policy for ractopamine residues in U.S. pork, the country also set what U.S. officials say are over-restrictive maximum levels for the beta-agonist, instituted rigorous testing and began requiring country-of-origin labels on products containing U.S. pork.

All of this, along with the fanfare of the announcements from Taipei that were designed to gain favor with the White House, have had the impact of scaring the Taiwanese food industry and consumers away from U.S. pork, say American officials, most of whom asked not to be named because negotiations with Taiwan continue.

U.S. industry officials stressed that even though American producers are quickly phasing out the use of ractopamine, the Taiwanese announcement had the effect of convincing consumers there that the opposite was true.

Taiwanese importers actually began canceling orders of U.S. pork, citing consumer concerns that U.S. pork was tainted. In other words, the perception outweighed the reality, and importers did not want to deal with it and began increasing purchases from competing countries in Europe and elsewhere. 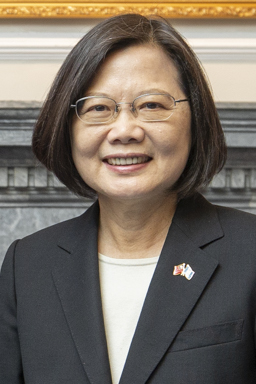 The U.S. and Taiwan are “committed to intensify engagement aimed at addressing outstanding trade concerns, including with regard to market access barriers facing U.S. beef and pork producers,” the Office of the U.S. Trade Representative said in a statement early in the morning of June 30 after hours of talks that lasted past midnight.

No resolution was reached in the June meeting between trade officials from both countries, but both sides vowed to continue the talks on a technical level in the months to come, one U.S. source tells Agri-Pulse. That first meeting of an “Agriculture Working Group” is scheduled to take place in August.

But time is of the essence as U.S. pork producers continue to lose market share in Taiwan.

U.S. meat exports set records for shipments overseas in May, but pork exports to Taiwan were an exception. U.S. trade with most other importing countries increased dramatically, according to the most recent data released by the U.S. Meat Export Federation.

The U.S. exported $8.5 million worth of pork and pork variety meats to Taiwan from January through May this year. That was a 54% plunge from the $18.6 million that the U.S. shipped to Taiwan in the same five months of 2020.

In contrast, the U.S. shipped about $222 million worth of beef and beef variety meat to Taiwan from January through May, a 3% increase over the same period last year.

Some in the U.S. pork sector say they were particularly frustrated because they knew that U.S. exports would suffer if Taiwan went through with the plan to make a big announcement on lifting the country’s ractopamine ban. In a move widely seen as an effort to curry favor with the Trump administration and restart bilateral talks under the Trade and Investment Framework Agreement, Taiwan moved forward with the plan.

The State Department reacted favorably last August to the announcement made by Tsai that the country would lift its ban on U.S. beef from cattle under 30 months old at slaughter as well as ditch its zero tolerance for ractopamine residues in pork.

“We look forward to the timely implementation of these actions, which will provide greater access for U.S. farmers to one of East Asia’s most vibrant markets, and for Taiwan consumers to high-quality U.S. agricultural products,” the State Department said at the time in a statement. “President Tsai’s vision and leadership in removing these long-standing barriers open the door to greater economic and trade cooperation between the United States and Taiwan.”

But the Trump administration never did agree to the new TIFA talks. There was no way that was going to happen because the White House was concerned about maintaining the integrity of the trade deal it had struck with China, a former Trump official stressed to Agri-Pulse.

Still, Taiwan rolled out its new regulations to set maximum residue levels for ractopamine in pork and require labeling of any products that contained U.S.-origin pork.

“That announcement put the issue back in the news media and it very much became a political lightning rod between the two major political parties (in Taiwan),” said Joe Schuele, a USMEF spokesman. “It made the issue much more contentious than it really was for consumers. … When the ractopamine issue is constantly in the news, then it has an impact on demand — especially at the buyer level.”

Companies that buy imported pork to incorporate into products began turning to non-U.S. imports, he said.

“Most of the pork that goes to Taiwan is for further processing,” Schuele said. “Buyers have a number of options — European, Canadian — and this issue gives (buyers) a reason to look at other options, unfortunately.”

The Biden administration did agree to restart the TIFA process — essentially just a mechanism for the two countries to have official dialogue — and now the two countries have agreed to keep those discussions going, but the turmoil in Taiwan over ractopamine and U.S. pork will also continue.

Taiwan’s Central Election Commission agreed to hold a national referendum for the country to vote on whether or not to reinstate the zero-tolerance policy for ractopamine residues. It was originally scheduled for August, but has been postponed until December.