Higher prices for meat and other foods are helping fuel the inflation that is pinching consumers.  Supermarket prices rose 0.8% in June, driven by a 2.5% increase for meat, poultry, fish, and eggs. Beef prices rose 4.5% last month.

Overall, the Consumer Price Index was up 0.9% in June. Consumer prices have risen 5.4% over the last 12 months, the largest 12-month increase since the period ending August 2008. 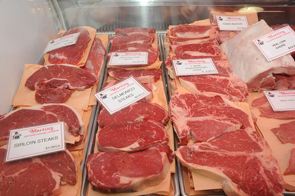 Keep in mind: Supermarket prices had risen 0.4% in April and May and just 0.1% in March.

Bowing to an outcry from Capitol Hill, the Office of Management and Budget has backed off setting  a new standard for metropolitan areas. OMB considered increasing the minimum population for metro designation from 50,000 to 100,000 but announced Tuesday that the standard would stay at 50,000.

Members of Congress and rural advocates argued that the redefinition would make it harder for rural counties to compete for scarce federal dollars.

A Senate committee today will consider an energy and water bill that is expected to be part of the broader infrastructure package that negotiators are putting together.

Western water provisions in the bill include $3.2 billion for modernizing Bureau of Reclamation projects, $1.5 billion for water storage and conveyance projects and $1 billion for rural water projects. The bill also would designate funding for the Colorado River Basin Drought Contingency Plan.

The water project funding is a small part of the 495-page draft bill, which includes provisions for cybersecurity and power infrastructure.

Heads up: While the water provisions address priorities for Western ag groups, the bill faces pushback from some environmental groups, who claim the bill spends far more on fossil fuels than it does on renewable energy.

USDA is taking steps to accelerate the processing of insurance claims from producers who’ve had crops damaged by the extreme drought. The emergency procedures authorized by the Risk Management Agency will ease paperwork and allow insurance companies to accept delayed notices of loss in some situations.

RMA also is cutting the number of representative samples that are required when damage is consistent.

The emergency procedures “will authorize insurance companies to expedite the claims process, enabling them to plant a new crop or a cover crop,” said Acting RMA Administrator Richard Flournoy.

By the way, sales of the Rain Index insurance policy for pasture, rangeland and forage have been soaring amid the prolonged Western drought, topping 200 million acres this year. We have a report on the program, including possible changes USDA is looking at making, in this week’s Agri-Pulse newsletter.

The House Appropriations Committee has revived an amendment that would allow farmers to import H-2A workers for year-round jobs. But similar provisions have advanced in the House before, only to be dropped during negotiations with the Senate. The program is currently limited to seasonal workers.

An amendment added Tuesday to the annual Homeland Security funding bill would allow H-2A visa holders to work all year in 2022.

Keep in mind: The amendment, sponsored by Henry Cuellar, D-Texas, and Dan Newhouse, R-Wash., was adopted on a voice vote.

But House Appropriations Chairwoman Rosa DeLauro, D-Conn., called the H-2A program “exploitative” and said that addressing the issue in the appropriations process would undermine broader negotiations on immigration reform. DeLauro is likely speaking for the Democratic leadership when it comes to strategy.

Officials from two major meatpacking companies are expected to testify at a Senate Judiciary hearing on agribusiness consolidation later this month. “I’m not sure that they are going to be at the CEO level. I think that is still being negotiated,” Sen. Chuck Grassley, R-Iowa, told reporters Tuesday.

Grassley did not give a specific date for the hearing.

Four lawsuits have been filed in California state courts on behalf of families who claim repeated exposure to the insecticide chlorpyrifos left their children with lasting neurological damage.

The suits filed in Fresno, Tulare, Kings and Madera counties name as defendants Dow Chemical and Corteva Agriscience, which was spun off after the merger of Dow and DuPont, as well as growers who applied the insecticide.

“These four cases set the stage for class action seeking residential cleanup and medical monitoring that the legal team estimates will be required for at least 100,000 homes and will cost, at the minimum, $500 million,” says a press release announcing the lawsuits.

Corteva stopped making the insecticide at the end of 2020, and EPA is facing a court-ordered deadline in August to decide whether to revoke or modify its tolerances.

Corteva spokesman Gregg Schmidt said the company believes the lawsuits are “without merit” and that it “will vigorously defend against these recent unfounded allegations.” 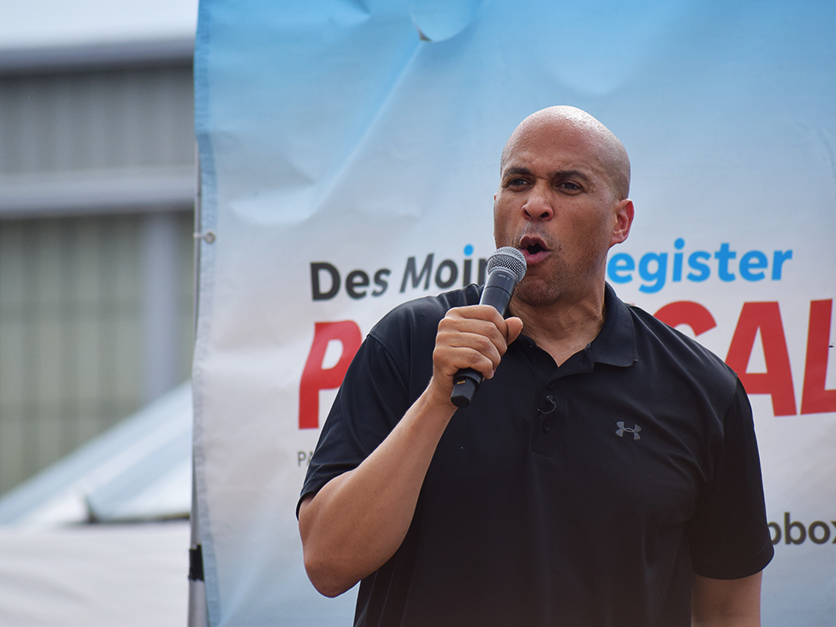 The difference this time around is that he now has a seat on the Senate Agriculture Committee from which to push his concerns about the livestock sector. And the lead sponsor for the House version of the Farm System Reform Act, Rep. Ro Khanna, D-Calif., is now on the House Ag Committee.

The bill’s supporters include the American Society for the Prevention of Cruelty to Animals, Food & Water Watch, and the Johns Hopkins University Center for a Livable Future.

Cover crops, no-till, nutrient management and conservation crop rotation can help farmers improve water quality and wildlife habitat and sequester carbon, AFT noted. But “despite farmers’ belief in the science underpinning the practices, they are often reluctant to change management techniques without knowing how much the practices will cost and what the financial benefits will be,” AFT said.

He said it. “Our farmers and ranchers remain in desperate need for a legal and reliable workforce.” - Rep. Dan Newhouse, R-Wash., arguing for the H-2A amendment.

A previous version of Daybreak incorrectly stated Rep. Rosa DeLauro and Sen. Cory Booker as Republicans. They are Democrats; we regret the error.