A major but temporary agricultural disaster program could be in for some revisions. The Wildfire and Hurricane Indemnity Program Plus, or WHIP+, provided assistance to producers for losses in 2018 and 2019.

Now, the House and Senate Agriculture committees are looking at an extension of WHIP+ with changes that could be included in an end-of-the-year spending bill, Agri-Pulse has learned.

“States like mine have had a significant amount of flooding, and then you have other states that are really suffering from drought,” said Arkansas Sen. John Boozman, the top Republican on the Senate Agriculture Committee. “So we’re very concerned about trying to get a vehicle such that we can provide them some relief.”

Boozman says he’s working on the issue with the top Republican on the Senate Agricultural Appropriations Subcommittee, John Hoeven of North Dakota. A spokeswoman for Hoeven said he’s “exploring all viable opportunities to deliver this important relief.” 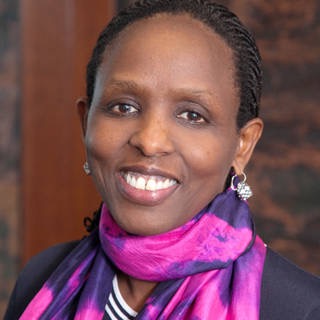 The leader of the UN Food Systems Summit says the European Union won’t be able to use the initiative to dictate changes in global agriculture. Farm groups are concerned that EU environmental concerns are going to shape the outcome of the initiative.

But Agnes Kalibata, the UN special envoy for the initiative, tells Agri-Pulse that the focus is instead on getting countries to craft commitments to address the issues in their own countries.

A “pre-summit” meeting will be held next week online and in person in Italy.

For more from our interview with Kalibata, read this week’s Agri-Pulse newsletter. We also look at Democrats’ plans for a carbon border tax and USDA’s battle against a devastating grasshopper infestation across the West.

The Senate Judiciary Committee is holding a hearing today to highlight the importance of immigrant farmworkers. The witnesses will include National Pork Producers Council President Jen Sorenson, who will testify about the labor shortage affecting farms and processing plants. She’ll also urge Congress to open the H-2A visa program to year-round labor without a cap, the group says. 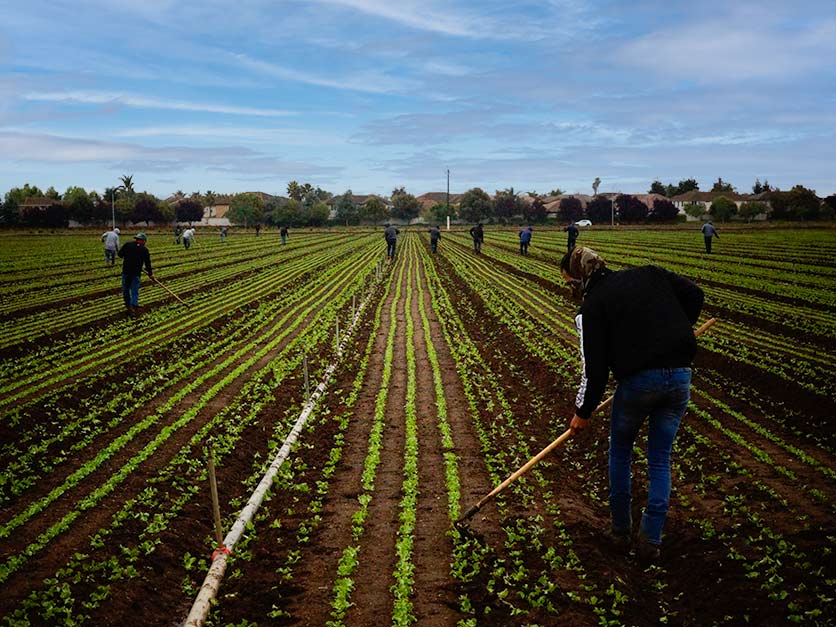 By the way: Farmworkers continued to make less in 2020 than workers with even minimal education, the Economic Policy Institute says in an analysis of wage data. Ag workers made $14.62 per hour on average, and H-2A workers made less — $13.68 per hour, writes EPI’s director of Immigration Law and Policy Research, Daniel Costa.

Using wage data from USDA’s Farm Labor Survey as well as nonfarm data from the Bureau of Labor Statistics, Costa foundthat U.S. workers with less than a high school education made $15.06 an hour in 2020, and workers with just a high school diploma made a little more than $20 per hour.

A “nominal increase in the price that consumers pay for fruits and vegetables — $25 per family per year — would raise farmworker wages by 40% and lift many out of poverty,” Costa says.

More and more, U.S. ag exporters are unable to get their goods shipped from California ports as Chinese exporters pay premiums to have containers returned empty. It’s created a major problem for U.S. farmers who need to get their rice, pork, almonds, walnuts and other commodities to Asia, but the Agriculture Transportation Coalition says it has a plan to address the problem and support for a fix on Capitol Hill.

A discussion draft produced by the group would “require carriers to carry export cargo if it can be carried safely, if it arrives at the marine terminals timely to be loaded, and if it is being sent to a destination to which the carrier is already scheduled.”

That provision and others, the group says, has been included in legislation being crafted by Reps. John Garamendi, D-Calif., and Dusty Johnson, R-S.D.

More than 30 farm groups are urging the Surface Transportation Board to finalize a rule proposed in 2016 to enable shippers to request competing bids from nearby rail carriers.

The executive order on competition that President Biden issued earlier this month specifically asked STB to consider issuing such a rule. Competitive switching would allow a grain elevator served by one railroad to seek a bid from a rival carrier that is within a certain distance.

“The absence of effective competition in the rail industry also has a significant impact on prices for the agricultural industry, resulting in decreased farm-gate prices for crops and increased crop-input and feedstock prices,” the groups say in a letter to the STB. 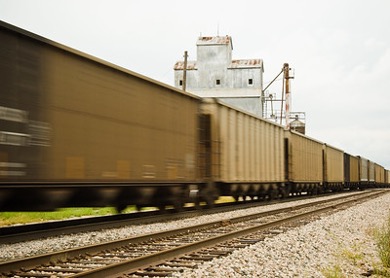 The Association of American Railroads continues to oppose the rule. “In some cases, traffic will move significantly out of route to reach an efficient interchange location,” according to a 2016 filing by the rail group.

Clouthier is scheduled to depart Friday after meetings with U.S. Trade Representative Katherine Tai, Commerce Secretary Gina Raimundo, lawmakers and business representatives, according to a statement released Tuesday evening by the Mexican embassy.

“The topics of the meetings will be related to the economic integration of the North American region, specifically in the agricultural sector, supply chain resilience, the opportunities and challenges of the implementation of the USMCA, and the promotion of a solid automotive industry within the trilateral agreement between Mexico, the United States and Canada,” the statement says.

BASF says it stands by EPA’s decision on trifludimoxazin, marketed as Tirexor, a herbicide the agency approved in May for a wide variety of crops, including soybeans and corn.

The herbicide is the subject of a lawsuit filed July 16 by the Center for Biological Diversity in the 9th U.S. Circuit Court of Appeals. BASF said in a response to Agri-Pulse Tuesday that it “strongly disagrees with the allegations in the lawsuit,” which alleges EPA did not do enough to prevent spray drift.

He said it. “We have continued up to this point robbing Peter to pay Paul, which means we have less resources available to do the management that is absolutely necessary.” - Ag Secretary Tom Vilsack, on a Forest Service funding crunch caused by the soaring cost of fighting fires. He said the Trump administration didn’t utilize a fix that Congress made to the funding issue.