A new water trading and accounting platform aimed at easily matching those who need water with those who have it would also give Groundwater Sustainability Agencies near real-time data for maintaining accurate water accounting and that, in turn, would help them comply with the Sustainable Groundwater Management Act.

The open-source groundwater budgeting tool allows managers to see where water is being used and how much is available, said EDF’s Christina Babbitt. Landowners, she said, “can check their water budget very much like they would check an online bank account.”

Water managers and users in the Rosedale-Rio Bravo Water Storage District, which SGMA classifies as one of the severely over-drafted basins in Kern County, worked with EDF and the California Water Data Consortium to develop the system. Babbitt said “landowners wanted something straightforward and easy to use,” which led to the uncluttered design.

One view shows total allocation by type in a table side-by-side with a graph showing average use and current year-to-date use. Other screens show water trading activity. Maps let users see how a trade would impact the specific parcels that would lose or gain water.

A water district provides supply information while a third-party, OpenET, uses satellite data to estimate use. Together, they are used to calculate a water budget, which is then adjusted anytime a trade is transacted. The budget tracking includes noting where residential wells are and which areas are considered disadvantaged communities so managers can prevent unintended consequences from changes in water use. 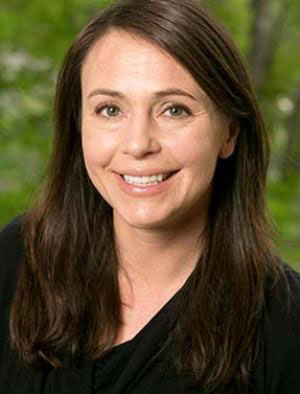 Commissioner Samantha Arthur of Sacramento asked whether managers could use the platform to see, “oh, no, we let too much trading happen here, and now we have an impact to a disadvantaged community.” Babbitt said a scenario planning part of the platform aims to allow managers to anticipate trades and their impacts so they aren’t caught in that type of situation.

“The accounting side can't just be what ag needs,” Babbitt said, “and that's why it's such a political, complex process right now.” She said community and environmental needs are part of the overall allocation and they have to be accounted for “before you even allocate for water that can be traded.”

She said the scenario planning tool will offer visualizations to help managers see the multiple impacts of certain allocation decisions. For example, she said lower groundwater levels or a “sensitive groundwater-dependent ecosystem” could require “more stringent trading rules in that area.”

The pilot project in Rosedale does not support the actual exchange of money for water trades because managers there didn’t want that as part of the platform, Babbitt said, but that functionality could be added for a different district that chooses it.

Tara Moran of the California Water Data Consortium said it will be critical for GSAs to build trust with landowners as they establish local water trading rules. Then the platform can be tailored for a specific basin’s rules and needs.

Justin Fredrickson of the California Farm Bureau attended the virtual commission meeting and raised the question of user privacy.

“There's trepidation about trading and lots of questions that need to be worked through,” he said, but noted that with successful outreach and the built-in flexibility the tool offers it has a lot of potential to meet the needs of different users. “We’re supportive in concept,” he said.

In the Rosedale-Rio Bravo district, Babbitt said, water managers can see landowner accounts, but individual landowners would only be able to see their own. She added that districts could choose to include additional publicly available data in the platform and make that visible to all. 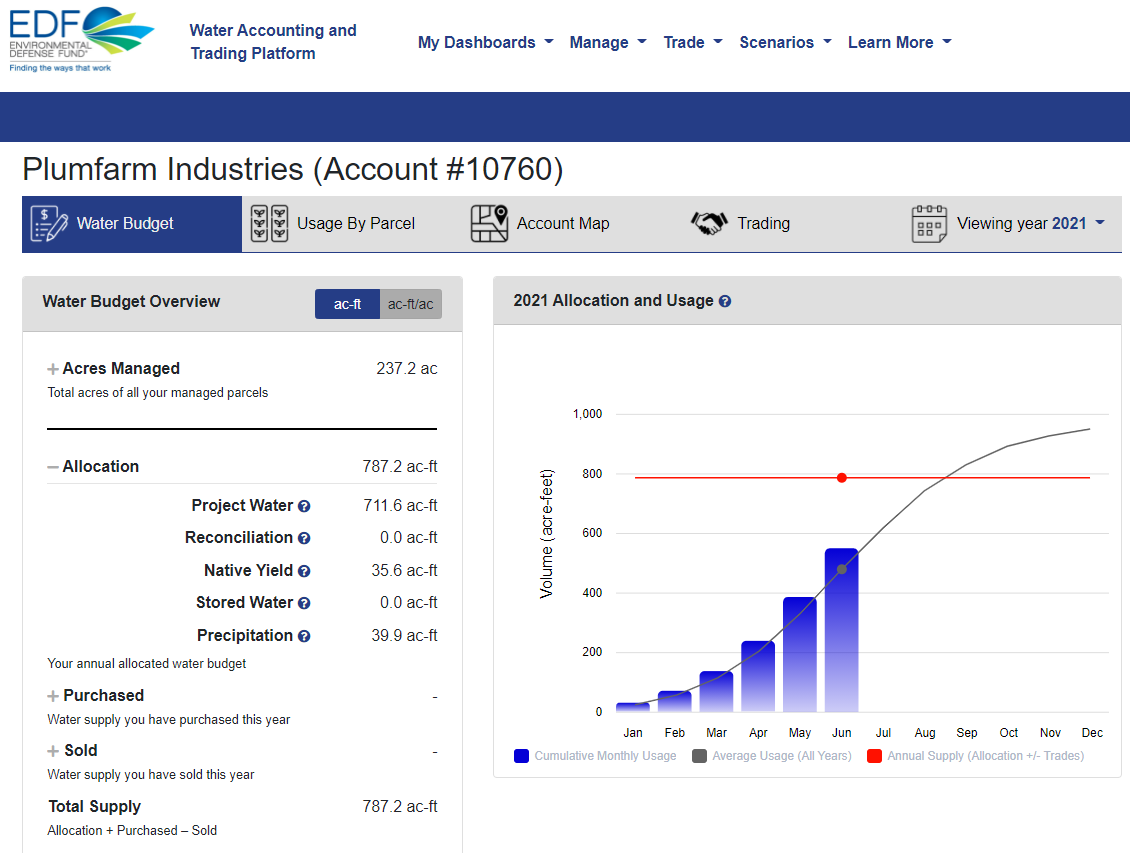 Commissioner Kimberly Gallagher of Davis emphasized that while the presentation showed the usefulness of the tool, the “linchpin of all this is good data and confidence in the data.” She asked whether surface water, in addition to groundwater, would be part of the data in the water budget.

Moran said as this first phase of the project progresses, integrating more data sets including surface water is part of the plan, along with increased functionality and accessibility of the platform. The hope is to identify and work with pilot basins during the rest of this year and the start of 2022.

Phase 2, in 2022, will include pilot projects, more scenario planning and “tailoring the platform to meet other needs,” Moran said, for the pilot basins and GSAs more broadly. By late 2022 or 2023, the platform should be able to support water trading as well as other local management actions and it could also expand to include additional hydrological models.

While continuing to develop the tool itself, EDF and the Water Data Consortium will be holding public meetings and engaging additional partners in outreach so communities are comfortable with the tool and prepared to customize it for themselves when it’s ready for more general rollout.

“We really see this as a collaborative and iterative process,” Moran said.