A key House Democrat is promising to help rework language in a package of green energy tax incentives that could block U.S. farm commodities from benefiting from a new tax credit for renewable jet fuel.

As currently written, the legislation would require qualifying fuels to reduce greenhouse gas emissions by at least 50% under a methodology adopted by the International Civil Aviation Organization.

Farm and biofuel groups say the ICAO process is outdated and fails to account for improvements in U.S. farming practices. For example, the standard doesn’t distinguish between soybean farming practices in the United States and those in Brazil, where rainforests have been destroyed to expand crop production, according to the American Soybean Association.

A member of the House Ways and Means Committee who has been spearheading the legislative effort to create the tax incentive for sustainable aviation fuel, Rep. Brad Schneider, D-Ill., told colleagues on the panel Tuesday that he’s working with industry representatives and Chairman Richard Neal, D-Mass., to revise the provision.

“We are actively working on language to resolve the issue,” Schneider said. “Our goal has long been to have the domestic eligibility standard functionally independent from ICAO.”

Schneider is a lead sponsor of the Sustainable Skies Act, a bill introduced in May to establish the SAF tax credit. The bill, which is backed by the airline industry, would allow for use of either the ICAO methodology or an alternative developed by the Environmental Protection Agency.

The package of tax incentives is a critical part of a massive, $3.5 trillion Build Back Better plan Democrats want to pass to address climate change while also targeting several domestic spending priorities.

The SAF tax credit would vary from $1.25 to $1.75, depending on the carbon footprint of the feedstocks the fuel is made from. 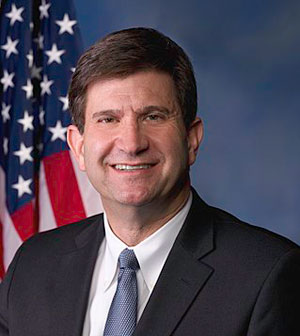 The cost estimate for the provision reflects the restrictions on eligibility. The Joint Committee on Taxation estimates the provision would cost just $618 million over 10 years, making it one of the smaller items in the $235 billion package of green energy provisions. By contrast, an extension through 2031 of the $1-a-gallon tax credit for biodiesel and renewable diesel would cost an estimated $32.9 billion over 10 years.

But the market for renewable jet fuel is potentially huge. The airline industry joined the White House last week in setting a goal of using 3 billion gallons of SAF by 2030. The White House simultaneously announced a series of steps to develop new sources of the biofuel. Just 4 million gallons of sustainable aviation fuel were produced in 2020, with much of it used at California airports.

Farm and biofuel groups have appealed to Democratic congressional leaders to rework the eligibility requirements for the SAF credit as well as a related provision in the pending defense authorization bill for fiscal 2022 that would block the use of U.S. ag commodities in a SAF pilot program.

“Instead, SAF blendstock from Brazil, Singapore and elsewhere will be subsidized by U.S. taxpayers, while U.S. producers and farmers are shut out,” the groups wrote in a letter on Sunday.

The letter says the ICAO methodology relies on data that is 10-15 years old. “It fails to accurately account for on-farm carbon reduction activities as well as production and efficiency improvements in biofuel production,” the letter says.

Growth Energy says the ICAO methodology relies on an estimate of land-use impact for corn ethanol that is three and a half times higher than DOE’s estimate.

Nikita Pavlenko, a special researcher with the International Council for Clean Transportation, agreed that corn ethanol and soybean oil are too carbon-intensive under the ICAO model to qualify for the tax credit. Instead of changing the methodology, he said Congress should instead mandate the usage of SAF made from non-food feedstocks, such as biomass, or restaurant grease and animal fats. All of those feedstocks would qualify for the tax credit under the ICAO methodology.

“It's a response to the perception the industry isn't doing enough to decarbonize,” he said. “They put these flashy announcements out there, but it's very difficult to back it up.”

The extension of the tax credit for biodiesel and renewable diesel would provide some long-sought certainty for producers of those fuels and soybean producers. Congress has frequently allowed the tax credit to lapse and often renewed it only for short periods. The credit is currently set to expire after 2022. 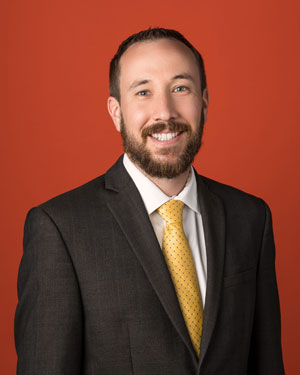 Renewable diesel, which can be made in conventional oil refineries from soybean oil and other feedstocks, can be used interchangeably with conventional diesel and is seen as a key way of reducing carbon emissions from the trucking industry.

The long-term extension in the tax incentive “does help provide some support for soybean prices, absolutely,” said Scott Gerlt, staff economist for the American Soybean Association.

It also provides some certainty for biodiesel and renewable diesel producers. “Whenever the blenders know what to expect, it’s easier to make plans,” he said.

Some 900 million gallons of renewable diesel were produced in 2019, and most of it was used in California to take advantage of the state’s low-carbon fuel standard.