Now that the Senate has reached a deal to increase the federal debt limit, Democrats can turn their attention back to passing President Biden’s Build Back Better agenda. But a key House moderate tells Agri-Pulse it could be “months” before the budget reconciliation bill can get through Congress.

Kurt Schrader, D-Ore., is one of nine House moderates who got a deal with House Speaker Nancy Pelosi to hold a vote on a separate infrastructure bill before considering the larger, $3.5 trillion budget reconciliation measure that would fund Biden’s climate policy and social spending priorities.

Pelosi, however, was unable to deliver on the promise when Biden sided with progressives last week and insisted on tying the two bills together. “The speaker didn’t level with us,” Schrader said in our Washington Week in Review interview. “Your word is your bond around here.”

Take note: Pelosi only has a three-vote margin to work with in the House, and Schrader says his top line on the Build Back Better bill is about $1 trillion, well below the $1.5 trillion that Sen. Joe Manchin, D-W.Va., has given as his limit. “I don’t see this happening anytime soon,” Schrader said of the bill’s prospects.

More than 160 conservation, agriculture and wildlife groups are urging Democrats to preserve $28 billion in conservation program funding when they cut the Build Back Better bill to win over moderates.

“This would be the largest investment into agriculture conservation in decades and would be transformative for farms, ranches, and forests across the country,” the groups say in a letter to Democratic leaders.

The groups that signed the letter include the National Farmers Union, National Sustainable Agriculture Coalition and the National Association of Conservation Districts. 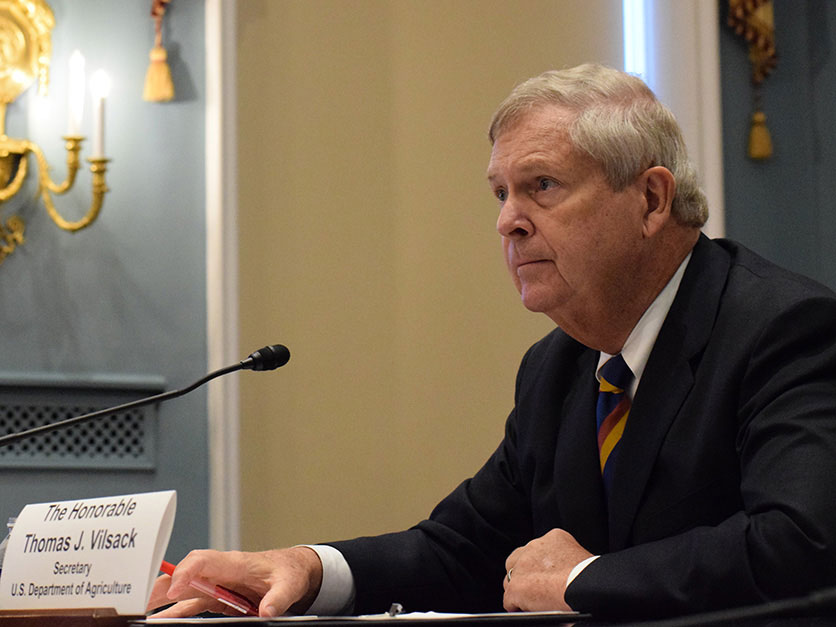 More than two-thirds of House Agriculture Committee members are appealing to USDA and FDA to work together to streamline the regulatory process for biotech animals.

During a hearing with the committee Thursday, Vilsack expressed support for reforming the ag biotech system, though he offered no timetable for resolving the long-standing impasse with FDA.

“I think there are ways in which we have to work collaboratively with our friends at FDA to make sure that our regulatory system is able to respond quickly enough, and be able to keep aligned or keep pace with the … pace of change,” Vilsack said.

By the way: USDA is surveying employees to measure compliance with the department’s COVID-19 vaccine mandate. But Vilsack told the committee he doesn’t think that the vaccine requirement will significantly affect operations in local USDA offices.

“I think that the significant percentage of workers at USDA understand and appreciate that our concern is for worker safety. … I don't anticipate at this point that we're going to see a major disruption in our capacity to do our job at USDA,” he said.

Departments and agencies across the federal government have issued plans for adapting to climate change. USDA’s plan lays out ways the department is using its research and outreach programs to help farmers adapt to climate change. One key priority is to track and estimate the benefits of soil health practices “using national survey data and program data.”

USDA’s regional climate hubs will have a large role to play. The hubs will both disseminate research and data to farmers and foresters while also providing research and analysis to USDA agencies.

As for EPA: That agency says it plans to integrate climate adaptation into its programs, policies, rulemaking processes, and enforcement activities. It also said it would consult and partner with government, industry and community organizations “to strengthen adaptive capacity and increase the resilience of the nation, with a particular focus on advancing environmental justice.”

In its plan, the agency said climate change is likely to increase pest pressure on crops, which, “if currently registered pesticides are ineffective,” could lead to more requests for emergency authorizations.

The National Pork Producers Council, for example, said it has “worked with Rod over the years and commends his decades-long dedication to protecting the environment and the livelihoods of America’s farmers.”

Fourteen groups, including the American Farm Bureau Federation, National Farmers Union and a collection of commodity groups had advocated for Snyder in a letter to EPA in June.

Monsanto has won its first trial where a plaintiff alleged exposure to Roundup had caused non-Hodgkin lymphoma, after a jury concluded the herbicide was not a “substantial factor” in a child’s NHL.

The mother of 10-year-old Ezra Clark had brought the lawsuit. The verdict on causation by the jury in Los Angeles County Superior Court brings the trial to a close. Before the Clark case, Monsanto had lost three such trials; another is ongoing in San Bernardino County Superior Court.

Bayer, which bought Monsanto in 2018, said, “While we have great sympathy for Ezra Clark and his family, the jury carefully considered the science applicable to this case and determined that Roundup was not the cause of his illness.”

Total U.S. beef export sales in the last week of September dipped a little, but Chinese purchases were strong at 6,000 metric tons, according to the latest weekly USDA trade data.

Chinese purchases and imports have been exceptionally strong this year and helped lift U.S. beef exports to a new record high for the month of August, according to the U.S. Meat Export Federation.

From January through August, U.S. beef exports to China were up more than 800% over the same period in 2020. 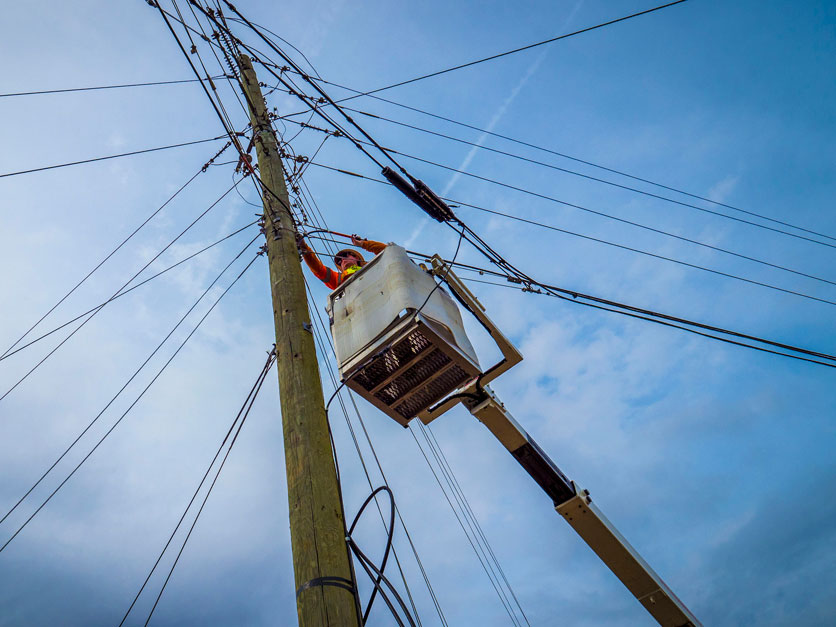 Some 42 internet providers across 21 states are receiving $163 million from the Federal Communications Commission through the second round of funding in the Rural Digital Opportunity Fund.

FCC Acting Chairwoman Jessica Rosenworcel says the commission “is continuing careful oversight of this process to ensure that providers meet their obligations to deploy in areas that need it.” The fund will provide $20.4 billion over ten years to applicants who expand high-speed internet access to underserved and unserved areas.

He said it. “I think we can all agree we need to expand broadband.” - Ag Secretary Tom Vilsack, after the top Republican on the House Ag Committee, Glenn “GT” Thompson, had trouble with his feed as he tried to ask questions of Vilsack during Thursday’s hybrid hearing.