“That’s the plan,” Pelosi said Sunday on CNN’s State of the Union when asked about getting both of those tasks done this week.

Keep in mind: Pelosi said lawmakers will have to come up with billions of dollars in new funding for highway programs if a temporary extension of spending authority is allowed to expire next Sunday without passage of the infrastructure bill.

For more, read our Washington Week Ahead. 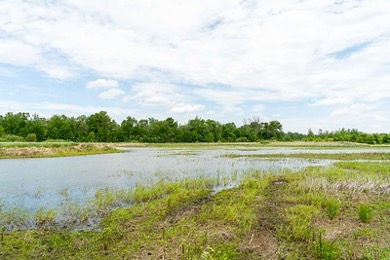 EPA and the Army Corps of Engineers have formally asked for nominations by Nov. 3 for regional roundtables to gather input on a revised definition of “waters of the United States.”

In today’s Federal Register, the agencies are asking stakeholders to put together groups of up to 15 people for each roundtable. The participants must include representatives from agriculture; conservation groups; developers; drinking water/wastewater management; environmental organizations; environmental justice communities; industry; “and other key interests in that region.”

Meanwhile: The Office of Management and Budget is reviewing a proposed rule from EPA and the Corps that would serve as an interim measure until the agencies come up with a new WOTUS rule.

This so-called “foundational rule” would “restore longstanding protections” removed by the Trump administration’s Navigable Waters Protection Rule, which was vacated by a federal court in August, the agencies say.

USDA is making available $1.15 billion for the third round of USDA’s ReConnect program with some significant changes to eligibility rules. The modifications will let certain areas of the country participate in a funding auction if the area lacks service speeds of 100 megabits per second download and 20 megabits per second upload despite receiving prior funding.

"Significant changes to this new round of the ReConnect program will allow electric cooperatives and other broadband providers to offer service to many more unserved and underserved rural communities,” National Rural Electric Cooperative Association CEO Jim Matheson said.

Applicants applying to serve areas that lack 25/3 mbps service would be prioritized for funding. 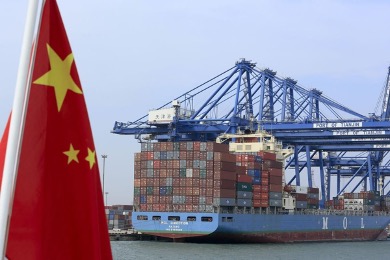 Take note: Under the infrastructure bill that’s pending in the House, broadband projects funded by USDA or through state grants would have to provide minimum service speeds of 100/20, far faster than the 25/3 speeds currently required under ReConnect.

China took its lumps at the World Trade Organization last week as members heaped criticism on the country during a review of its trade practices, but Chinese representative fought back Friday with criticism of their own.

Chinese officials rebutted charges that the country throws up unfair barriers to imports, highlighted its recent record meat imports and criticized other nation’s “economic coercive measures” – presumably including U.S. tariffs. The Chinese also stressed the country’s preference to work out international disagreements through the WTO dispute system, but noted the “paralysis” in the appellate process. The latter issue is the fault of the U.S., which continues to block the appointment of new judges.

Meanwhile in London: U.S. Trade Representative Katherine Tai didn’t mention China by name in a statement she released at the G7 Trade ministers meeting, but stressed that the U.S. and its allies need to “confront effectively the non-market practices of state-enterprises.”

UK frowns on push for creation of ag trade minister

The independent Trade and Agriculture Commission chartered by the UK to advise the government as it negotiates new trade agreements is recommending a new ministerial position to represent farm interests as new international deals are struck. But the government appears unwilling to go along with the proposal.

“There should be a minister with specific responsibility to lead on agri-food trade, who would ensure policy coherence across UK government,” the commission said in a report. “The minister would lead in pushing for an elevation of global standards on environment, animal welfare and ethical trade in international forums.”

But the British Department for International Trade said in a response to the commission's report that the government is doing just fine and officials with agricultural responsibilities in different ministries are already able to “work closely together on the formulation of mandates and on trade negotiations.”

The first lawsuit has been filed seeking damages against an Idaho company on behalf of one of about 650 people sickened by a strain of Salmonella in onions imported from Chihuahua, Mexico.

The outbreak had hospitalized 129 people in 37 states as of Oct. 19, according to the Centers for Disease Control and Prevention. The largest number of illnesses was reported in Texas and Oklahoma. FDA has identified ProSource Produce of Hailey, Idaho, and Keeler Family Farms of Deming, New Mexico, as suppliers of the “potentially contaminated” onions.

Both companies have recalled onions shipped during July and August; FDA’s traceback investigation is continuing.

Just the start: Food poisoning attorney Ron Simon has teamed up with Peterson Lawyers in Boise, Idaho, on the lawsuit in Idaho state court, and Simon told Agri-Pulse he expects to file additional lawsuits soon.

He said it. “In Washington, you have environmental activists, but on the farm you have active environmentalists.” - Rep. Rick Crawford, R-Ark., in this week’s Agri-Pulse Open Mic interview.