The demise of President Joe Biden’s climate funding plan on Capitol Hill makes it a lot harder, but not impossible, for the government to help farmers ramp up climate-related practices.

Agriculture Secretary Tom Vilsack still has a powerful tool in the Commodity Credit Corp. spending authority, and Congress will be pressured to use the next farm bill to steer funding into climate priorities.

The Food and Agriculture Climate Alliance, a coalition of major industry and conservation groups, is currently developing recommendations for shifting funds within the next farm bill to pay for climate-related priorities.

But neither the farm bill nor the annual appropriations bills for USDA can come close to replacing the funding that would have been provided through Biden’s Build Back Better plan. It would have authorized payments of $25 an acre to farmers who plant cover crops, increased funding for farm bill conservation programs by more than $20 billion and provided USDA with an additional $2.35 billion in conservation technical assistance over 10 years.

Sen. Joe Manchin, D-W.Va., effectively killed that funding when he communicated to Senate Democratic leaders that because of his concerns about inflation he wouldn’t support a budget reconciliation bill that included more than some narrow provisions related to health care. Without Manchin’s vote, the legislation couldn’t pass the 50-50 Senate.

The BBB funding for agriculture was the “best chance in a generation to begin to bring conservation funding more in line with farmer demand,” said Ferd Hoefner, a farm policy analyst. “Obviously, the farm bill project next year becomes significantly harder now, requiring a more transformational approach to federal agricultural spending if there is hope for robust climate-smart agriculture advances.”

National Farmers Union President Rob Larew said the demise of the BBB funding "is frustrating. It’s no secret that USDA conservation programs are underfunded and that farmers want and need more financial and technical assistance to adopt climate-smart practices."

The administration’s easiest option for making up for some of that funding is through increased use of the CCC to make direct payments to farmers or to support climate-smart agriculture projects.

The administration has so far committed to spending $1 billion for the department’s Partnership for Climate-Smart Commodities, an initiative aimed at testing ways to develop markets for commodities that can be sold as lower in carbon emissions.

USDA received applications for projects requesting as much as $19 billion in total funding. Although Vilsack hasn’t said whether he will spend more than $1 billion from the CCC account for the program, he easily could.

Ferd Hoefner"After Manchin blows up any prospect of getting more money through Congress, now is the time when I would expect Vilsack to be making an announcement that due to overwhelming farm organization demand, they will increase it (the CCC funding), and probably double it, I would think," said Hoefner.

The CCC has a $30 billion spending limit, and Congress replenishes the account to cover the cost of regular payments that go out every year for farm and conservation programs.

Randy Russell, a lobbyist who represents the Food and Agriculture Climate Alliance, says the heavy demand for the climate-smart commodities program shows there would be “strong support” among farm groups for another round of CCC funding. “Whether Congress will go along with that or not, we will have to see,” he said.

Congress could put restrictions on Vilsack’s use of the CCC account, but that won’t happen this year, since Democrats control both the House and Senate, and it’s probably unlikely in the next Congress as well: While Democrats are expected to lose control of the House in the November elections, the Senate is likely to remain closely divided.

When the Senate is narrowly divided or split 50-50, as it is now, it’s difficult for either party in the Senate to impose spending restrictions that don’t have bipartisan support.

The top Republican on the House Ag Committee, Glenn "GT" Thompson, raised concerns earlier this year about Vilsack's use of CCC for the climate-smart commodities program.

But Russell doesn’t expect any new limitations on CCC, given how Vilsack has been directing USDA’s climate policy. “Look, Secretary Vilsack has stuck by his promise to keep the focus on climate-smart ag practices as voluntary and incentive-based,” he said.

What the CCC account can’t do is shore up the farm bill conservation programs that the administration wants to use to help compensate farmers for the cost of implementing new programs.

The Environmental Quality Incentives Program and Conservation Stewardship Program, for example, are heavily oversubscribed already. The House-passed Build Back Better bill would have provided $9 billion for EQIP, $4.1 billion for CSP and $7.5 billion for the RCPP.

Bruce Knight, a conservation consultant who oversaw USDA conservation programs during the George W. Bush administration, says the demise of Biden’s plans means that funding climate-related farm practices will largely have to be done through the traditional budget process, and the effort will need bipartisan support.

"For those who are wanting an influx of money for whatever reason for climate change … that’s going to be a disappointment,” Knight said. Congress will have to consider how to make the existing programs more efficient. 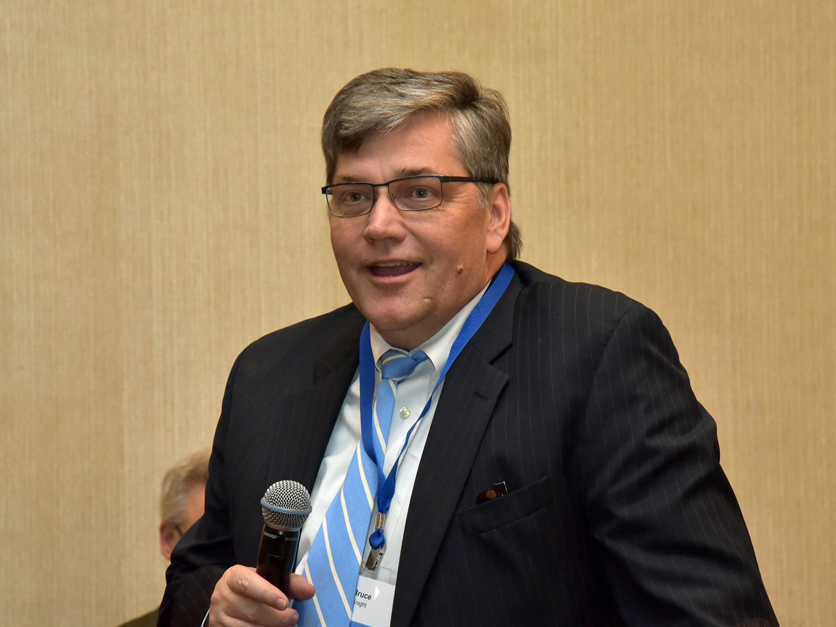 Bruce Knight FACA’s upcoming farm bill recommendations, expected to be delivered in late fall, will include research, energy and credit programs and others as well as conservation funding, according to Russell.

The FACA working groups that are writing the recommendations are considering the possibility that there won’t be any new funding for the next farm bill.

Hoefner said there are actions Vilsack could take without waiting for the next farm bill, such as authorizing climate-based bundles of practices that can qualify famers for payments through the Conservation Stewardship Program. "I can't explain why it hasn't happened" already, he said.

Thompson, who is in line to chair the House Ag Committee if Republicans win control of the chamber, introduced legislation called the SUSTAINS Act that would allow corporations and other private entities to contribute to USDA conservation programs. The committee approved the bill in June, but it has not received floor action.

The annual appropriations bill also will be increasingly important for funding USDA initiatives, especially when it comes to staffing and conservation technical assistance.

An FY23 funding package that the House is considering this week would provide $883.7 million for conservation technical assistance, with $25 million specifically intended for climate-smart agriculture, according to the House Appropriations Committee report that accompanies the legislation. It remains to be seen how much of that funding increase survives; the House spending bill is likely to be cut significantly in negotiations with the Senate.