Democrats face some strong headwinds as they try to win back rural voters, and one of those challenges remains former President Trump himself.

According to a new poll for the Democratic group, One Country Project, 49% of rural voters say they would vote for Trump in 2024, while 32% said they would support Biden. Rural voters favored Trump over Biden 54% to 42% in 2020.

Some 57% of rural voters approve of the job he did as president, while Biden’s rural approval is at 42%. 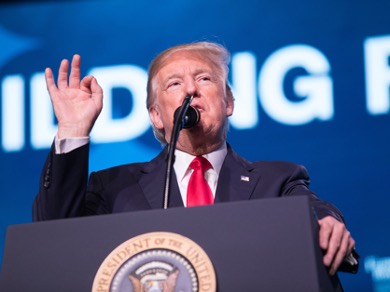 Rural voters don’t fully trust Democrats or Republicans as a whole, “but then you've got Donald Trump as the separate north star,” said pollster Doug Usher, who summarized the results on a webinar. Rural voters view him much more positively than any other political leader that was tested.

Take note: In a warning sign for Democrats, the top concern among rural voters is inflation. The top policy priority that they want the federal government to address is illegal immigration.

By the way: The poll has some relatively good news for Biden in that 47% of rural voters approve of his Build Back Better spending plan.

For more on Democrats’ internal struggle over Build Back Better, read our Washington Week Ahead.

Pope Francis used his Twitter feed over the weekend to blast big business as well as the food and agriculture sectors. In a series of tweets, he called on “large mining, oil, forestry, real estate, agribusiness companies to stop destroying nature, to stop polluting, to stop intoxicating people and food.”

He also said “big food corporations” should  “stop imposing monopolistic production and distribution structures that inflate prices and end up withholding bread from the hungry.”

By the way: Nearly 67 progressive groups are urging Biden and Ag Secretary Tom Vilsack to break ties with corporate ag companies and the concept of free trade when it comes to feeding the world.

“This urgently needed reform must prioritize the rights and livelihoods of workers, food producers, and frontline communities, ensure food security through food sovereignty in the U.S. and abroad,” the groups say in a letter.

U.S. soymeal exports are getting to a big start for the 2021-22 marketing year, which started Oct. 1. The U.S. exported 301,000 metric tons of soymeal in the first week of October, the largest weekly volume shipped since March,  says Mac Marshall, vice president of market intelligence at the United Soybean Board and U.S. Soybean Export Council.

“We’ve gotten off to a great start with meal exports,” Marshall tells Agri-Pulse.

Sales are strong, too. Foreign buyers committed to purchases of 365,400 tons of soymeal from Oct. 1-7. Export sales for soymeal for a one-week period haven’t been that high since June, Marshall said.

The National Pork Producers Council is calling on U.S. immigration officials to reform a visa program that is key to keeping hog operations staffed. The TN visa program was created under NAFTA to allow Mexican and Canadian professionals in a variety of areas to be allowed to work in the U.S. for up to three years.

“NPPC has received reports that eligible applicants have been denied entry into the country for no cause and cannot appeal such decisions,” the pork producer group said. “Other evidence suggests applicants have been rejected because of subjective interpretations of having ‘sufficient ties’ to their home country and about their intent to return to it.”

Take note: In a move expected to ease pressure on some food and ag operations, the Biden administration has halted indiscriminate company raids to find undocumented immigrants. The administration will focus on “unscrupulous” employers with a history of “exploiting undocumented workers and paying them substandard wages.” 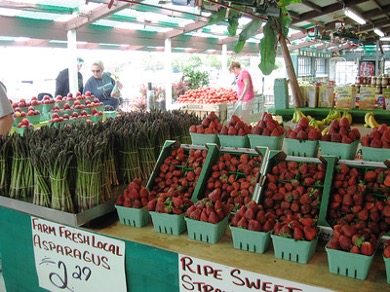 USDA’s National Agricultural Statistics Service is delaying issuance of its report on ag products marketed as local foods, so it can collect more information. Instead of Nov. 18, the report will be release sometime early next year, NASS says.

“There is a high interest in this important data series,” a NASS spokesperson told Agri-Pulse.

USFWS needs to drill down on Mexican wolf recovery

The Fish and Wildlife Service must be more specific about how it plans to recover the Mexican wolf, including by addressing wolf-livestock conflicts and illegal killing of the species, a federal judge ruled late last week.

U.S. District Judge Jennifer Zipps ordered the service to revise its recovery plan for the wolf. Many of the actions listed in the plan “are so vague as to not constitute an action at all,” the judge said.

Poaching of wolves accounted for 105 deaths between 1998, when reintroduction began in the Southwest, and 2019. The latest count showed the number of wolves increased 14% in 2020 to at least 186, FWS said.