The phrase “whiskey is for drinking; water is for fighting over” routinely pops up in western water policy discussions—and Karla Nemeth is not a fan. The director of the Department of Water Resources (DWR) said California’s new era of climate extremes calls for messaging focused instead on collaboration.

Speaking at a meeting last week of the agriculture committee for the Association of California Water Agencies (ACWA), Nemeth said the department is seeking to ameliorate what could be “very intense conflict” over scarce resources next year between groundwater sustainability agencies and drinking water managers, as various forecasting models portend a greater likelihood for dry conditions to extend into 2022.

“Climate is going to push us into new kinds of conversations about what it means to operate these systems,” Nemeth said of the State Water Project (SWP) and the Central Valley Project (CVP). “That kind of crisis really helps us deal with our long-standing political problems.”

The extreme drought conditions have become pervasive in California and are pushing state and federal water agencies to plan for a different level of uncertainty, she said. That work is already underway in the Newsom administration, as DWR coordinates with wildlife and water quality agencies to develop a plan for 2022 before the first SWP allocations begin in December.

“It doesn't seem like there's any real path to generating something beyond a zero allocation to the State Water Project starting in December,” said Nemeth. “That definitely gets everybody's attention.”

Feather River water districts, which are contracted to receive half of their water allocations even during dry conditions, could see that dip below 50%, “simply because there isn't water available,” said Nemeth, noting that agriculture will see deeper cuts in older, more senior contracts.

California’s largest source of irrigation water, meanwhile, entered a new water year at the start of October with one of the lowest storage levels on record. CVP reservoirs have just 3.2 million acre-feet of water to carry over into 2022, less than a third of the storage at the end of the 2017 water year, when the projects delivered the most amount of water ever. Powerplant generation during the 2021 water year was nearly half of the average production and is expected to get worse. 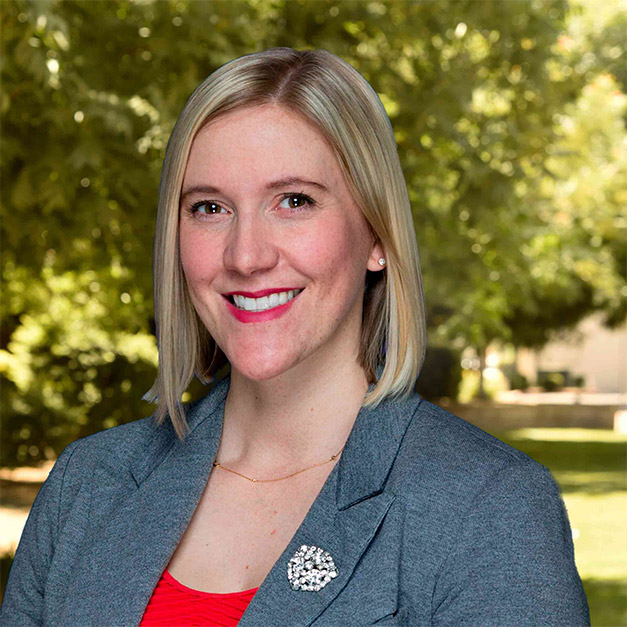 The drought has now narrowly beat out the last one to be the worst in state record, going back to the late 1800s.

Partnerships and data are key to battling the drought, and California has more of both following the last drought. The Biden administration took a risk in having the Bureau of Reclamation release water from New Melones Reservoir into the Sacramento–San Joaquin Delta to maintain fish populations and push back saltwater intrusion at a time when the state was “just really out of options,” according to Nemeth. She believes the state and federal project operations should be coordinated, after Gov. Gavin Newsom separated the SWP from federal operations in 2019 in response to the Trump administration issuing new biological opinions for Delta species.

“We lose a lot of efficiency in all kinds of ways running these two parallel projects,” Nemeth said, adding that politics has been a constant hurdle with water policy in California. “One of our real challenges, of course, is every two years somebody is trying to get reelected, that being a governor of California or a president of the United States.”

The politics sends water districts into a holding pattern, according to Alexandra Biering, who manages government affairs and communications for the Friant Water Authority.

“We're seeing this pattern of the politics driving decisions one way or the other when it comes to operations,” said Biering. “It's this boomerang or whiplash, that we're all just being pulled and pushed.”

DWR has been coordinating with SWP contractors as well CVP districts to address one of the three solution sets that the administration is pursuing in its December plan. With surface water supplies for senior water contractors limited, pressure mounts on groundwater basins, as farmers tend to pump more to survive through droughts.

“How we manage water for ag is very much driven by how groundwater basins are managed,” said Nemeth.

She expected competition for that water to be heavy next year as the state focuses its drought response on immediate drinking water needs and as growers rely on groundwater to preserve permanent crops. To alleviate this, DWR will soon launch a tool called California Groundwater Live, which will present data on groundwater levels in basins of concern throughout the state. It will identify hotspots for domestic wells that need assistance and enable groundwater sustainability agencies to “frankly, not get locked up in a really intense and early conflict between domestic wells and ag water use,” she said.

The implementation of the Sustainable Groundwater Management Act (SGMA) has already driven the state to collect more information on the status of aquifers than it ever needed to before.

Drought is a ‘wakeup call’ for the nation’s largest urban and ag water managers
A heat-induced drought now, an ArkStorm next: Once-theoretical disasters are sending California farmers on a climate rollercoaster
Water scholars pitch new laws for drought and climate change

“We are just a world away from where we were in the last drought,” said Nemeth. “I can't stress enough how much better we're positioned to make better decisions, in terms of groundwater management heading into this drought.”

The added transparency in how agencies manage groundwater basins and a wealth of new data will “bring itself to bear if we are going to be able to make the significant reinvestment in water infrastructure that needs to happen in the state.” She called for leadership from state and federal governments as well as agriculture and business sectors and the environmental community to come up with investment solutions addressing “pinch points” in the system. That could include rehabilitating conveyance canals, adding more parties like the city of Stockton to pay into the Delta Conveyance Project for constructing a cross-delta tunnel, and making new conveyance connections for groundwater recharge.

“We have so many tools on the table right now that are all bringing a little piece of the puzzle,” she said. “We actually floated a half a billion-dollar pot of money to deal with some of the land use issues and ag transition issues in the valley.”

That number came directly from what the department has been learning from new groundwater sustainability plans submitted for SGMA, which have given shape to the real need for ensuring that agriculture can be sustainable in the valley, she said. The final budget package included $50 million for repurposing land fallowed under SGMA. Nemeth surmised that two years ago she would have thought the administration had no shot at getting even that amount through the Legislature.

“We shouldn't be afraid of that. We should start to look at these things head on,” she said.

“A lack of planning is going to generate even worse impacts on water users, on ratepayers, on agriculture and on the environment.”

With recent data on water consumption showing urban districts, especially in Southern California, making little initial progress in meeting the governor’s call for 15% voluntary reductions in use, Nemeth recognized that more needs to be done to strengthen the state’s partnerships with these local agencies when it comes to supporting conservation programs. The administration last week relaunched the Save Our Water campaign from the last drought, but Nemeth indicated Newsom will likely take a stronger approach by the end of the year.

“The governor is definitely considering statewide mandates,” said Nemeth. “We've been very careful about wanting to support local water districts in their leadership and establishing how best to go about water conservation. But by the same token, we also recognize that the governor with the bully pulpit can really raise awareness for the drought.”

She expects this to be a part of the December drought plan.

“We're falling far short,” added John Varela, who serves on the board of directors for the Santa Clara Valley Water District. “The message is not getting through to our constituents.”

The agency supplies two million people in the Silicon Valley region, along with 15 cities, and Varela’s slice of the district has 5,000 well owners, the majority being in agriculture. Randy Record, who represents the Eastern Municipal Water District on the board of directors for the Metropolitan Water District of Southern California, shared that the eastern district has been working with ACWA to ban irrigation for nonfunctional turf, but “it's not going to happen overnight.” Nemeth recognized the slow inertia for enacting urban conservation and emphasized that speeding this up will be one of the pillars in the administration’s drought plan.

“It is really important for the ag community to see that happening,” she said.

Nemeth closed by saying that some of her favorite people in California are farmers and that she has deep respect and reverence for their jobs.

“There aren't people on this earth that are more inventive than a California farmer,” she said. “I want to do everything I can to make sure that agriculture in California is vibrant and sustainable into the future.”