Agriculture will play more than a bit part in the global debate about climate change as an international conference kicks off Sunday in Scotland with a goal of getting the world on the path to net-zero greenhouse gas emissions by 2050.

A big question for President Joe Biden as he heads to the COP26 conference is whether he will have a deal with lawmakers to provide the funding, including for agriculture, that will be needed to implement the new U.S. commitment to slash emissions in half by 2030.

Agriculture’s role in addressing climate change gets its own special focus at the upcoming COP26 conference; Nov. 5-6 are set aside for events around “nature and land-use." And agriculture also is taking a significant role in the increased commitments the United States and some other countries are making to help meet the global goal.

To that end, Democrats on the House and Senate Agriculture committees developed provisions worth more than $90 billion, including $28 billion in conservation funding, to be part of Biden’s Build Back Better bill, a package of climate-related measures and social spending priorities.

When the bill’s final climate provisions are released, they will include estimates of how much they will reduce U.S. greenhouse gas emissions, according to a congressional source.

“You don't put billions of dollars into something unless you are counting on it getting you a lot of emission reductions,” said Debbie Reed, executive director of the Ecosystem Services Market Consortium, a group working to develop ag carbon markets.

A senior administration official speaking on condition of anonymity told Agri-Pulse “there’s no question that bill is important” to Biden’s defense in Glasgow of the U.S. climate pledge. “There are a bunch of big, important investments.”

The White House and Democratic leaders have been pushing to get an agreement on the bill and its climate provisions before a G20 summit this weekend in Rome and additional meetings on Monday and Tuesday at the outset of the Glasgow summit.

“Next week is a critical week for President Biden, and for our leadership on the world stage as a country,” Sen. Chris Coons, D-Del., said on Monday. “To have him go to the COP26 having to say, ‘Well we're still working out the details,’ and then work out the details a week later, would be an enormous missed opportunity.”

However, National Security Adviser Jake Sullivan on Tuesday said world leaders would understand if the deal isn't finalized this week. “I think you've got a sophisticated set of world leaders who understand politics in their own country, and understand American democracy, and recognize that working through a complex, far-reaching negotiation on some of the largest investments in modern memory in the United States … takes time,” he said.

There has been little controversy around the shape of the agriculture provisions, but they could be trimmed somewhat in the final version of the legislation.

"It's really important to be elevating agriculture's role" when it comes to reducing greenhouse gas emissions, said Marcia DeLonge, a senior scientist in the food and environment program at the Union of Concerned Scientists, a major environmental group. "Agriculture itself is a significant contributor to climate change, both directly from U.S. emissions, but globally."

Agriculture Secretary Tom Vilsack will be in Glasgow Nov. 4-6, accompanied by a small cadre of USDA staff, to showcase his department's efforts to address climate change.

“Now is the time for global action to address climate change,” Vilsack said in a statement announcing his plans to go to Scotland. “Together we can continue to lead the way with investments in science, research and climate-smart solutions that improve the profitability and resilience of producers, and improve forest health, while creating new income opportunities and building wealth that stays in rural communities.”

Vilsack won't announce any new initiatives by USDA while in Glasgow, but he will formally launch a multinational “innovation” coalition that will promote the use of technology, including genetically engineered crops, to increase productivity while reducing agriculture’s climate footprint.

Other countries involved in the coalition include the United Arab Emirates, Brazil, Denmark, Australia, Singapore, Uruguay, Singapore and Israel.

Vilsack has separately announced a Coalition for Sustainable Productivity Growth for Food Security and Resource Conservation that includes major ag groups as well as the UN Food and Agriculture Organization and the countries of Australia, Brazil, Dominican Republic, Ghana, Honduras, Liberia, North Macedonia and the Philippines.

The Biden administration’s 30x30 effort — formally dubbed the "America the Beautiful" initiative — also is likely to be featured at the summit, according to the USDA official. The plan, which has been met with controversy in many rural areas, calls for having 30% of U.S. land under conservation by 2030, a goal that depends in part on the increased conservation spending that is part of the Build Back Better plan.

"There's international interest in (30x30), and I would expect it to come up” at COP26, the senior administration official said. “From our standpoint, it is all about voluntary conservation,” a point likely to be emphasized in Glasgow, the official said.

Critics have raised concerns that the initiative would entail a government takeover of private land; USDA officials have emphasized that meeting the goal will rely heavily on the use of voluntary conservation programs. A report issued in May outlining the initiative called for honoring “private property rights” and supporting “the voluntary stewardship efforts of private landowners and fishers.”

Agriculture has played little role in international climate negotiations until recently. It wasn’t until the 2015 climate conference in Paris that food and beverage companies started to get involved, said Reed. 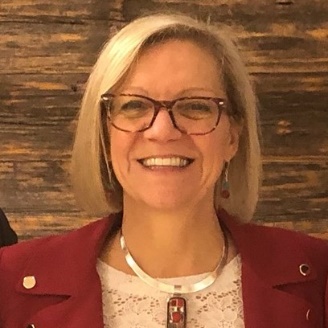 Previously, the focus of the negotiations was on reducing emissions from select sectors such as energy and transportation. Now, “we’ve moved away from a world in which we're all focused on the highest emitting sectors, and we have readily acknowledged and are really trying to push to ensure that every single sector reduces emissions and that we are tracking what every sector is doing,” said Reed.

A series of events in Glasgow on Nov. 6 will include sessions with government and business leaders talking about a plan to "tackle deforestation via sustainable agricultural commodities," according to the conference agenda. Another session will showcase the role of "nature and land-use" in national emission-reduction pledges and climate adaptation plans.

Meanwhile, food and agriculture interests will be watching COP26 for progress in developing rules around international emissions accounting, a requirement of Article 6 under the Paris climate agreement.

The rules are needed to spur private investment in carbon reductions, track progress in meeting national pledges, known as nationally determined contributions, or NDCs, and to prevent double-counting of emissions reductions by countries and the private sector, said Reed.

“We need to begin to discern between what the private sector is doing and what governments are doing,” Reed said.