Farm Hands on the Potomac: Magro tapped CEO of Corteva

Chuck Magro has been tapped to serve as the new CEO at Corteva. Magro most recently served as president and CEO of Nutrien.Prior to that, for four years he served as President and Chief Executive Officer of Agrium, which merged with PotashCorp to create Nutrien. Magro succeeds Jim Collins, who plans to retire at the end of the year. 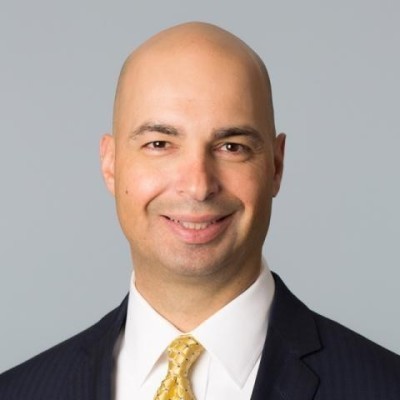 The Chesapeake Bay Foundation has selected Hilary Harp Falk as the organization’s next CEO and president. Falk succeeds William Baker, who began working for CBF as an intern in 1976 and has been president and CEO of the organization since 1981. Falk comes to CBF from the National Wildlife Federation, where she was the chief program officer.

President Joe Biden announced his intent to nominate Monde Muyangwa to be assistant administrator for the Bureau of Africa at the U.S. Agency for International Development. Muyangwa currently serves as the director of the Africa Program at the Woodrow Wilson International Center for Scholars, a position that she has held since 2014.

The U.S. Grains Council has tapped Manuel Sanchez to serve as director of the USGC’s office in Beijing, effective Nov. 1 He succeeds Bryan Lohmar, who is departing later in November to enter academia. Sanchez, who joined the council in 2014, previously served as regional director for Southeast Asia. Before joining USGC, Sanchez worked at Cargill, serving as a grain marketing adviser and a trade execution supervisor. Caleb Wurth, the assistant regional director in Southeast Asia, has been selected to become regional director. 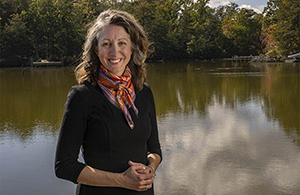 Brian Kuehl has been selected to serve as the executive director of the newly created Agriculture Trade Education Council. The ATEC was created to be used as a resource for education on the value of agricultural trade policies, practices, and structures. Kuehl works for KCoe Isom as the director of government and public affairs. ATEC also announced its board of directors: Michael Anderson, Corn Refiners Association; Melissa Kessler, U.S. Grains Council; Lance Jungmeyer, Fresh Produce Association of America; Becky Rasdall, International Dairy Foods Association; Derek Sandison, director of the Washington State Department of Agriculture, and Michael Schumpp, North American Meat Institute.

Jacob Chisholm is settling into his role in Sen. Amy Klobuchar’s, D-Minn., office as her new regional outreach director, working on the state’s agriculture policy portfolio. Before joining Klobuchar’s team, Chisholm worked on the House Agriculture Committee as a policy analyst and subcommittee staff director for the Subcommittee on General Farm Commodities and Risk Management.

The National Chicken Council has installed Mark Kaminsky, chief operating officer at Koch Foods, as the 2021-2022 chairman of the board. Kaminsky previously served as NCC chairman in 2018-2019. Kevin Garland, CEO of Mountaire Farms, will serve as vice chairman; Perdue Farms CEO Randy Day, will serve as secretary-treasurer; and Mike Brown was elected to an 11th term as president of NCC.

Patrick Atagi has been named the new president and CEO of the National Industrial Hemp Council. Atagi currently serves on the Agricultural Technical Advisory Committee (ATAC) on Cotton, Tobacco, Hemp and Peanuts at USDA. Atagi previously served as the vice president of advocacy and external affairs at the National Wooden Pallet and Container Association.

Farha Aslam has been appointed to serve on the Green Plains board of directors, filling the vacancy created by the retirement of Gene Edwards. Aslam is currently managing partner of Crescent House Capital, an advisory practice she founded that develops operating and investment strategies for companies, investors, and service providers across the global food and agricultural value chain.

Committee/subcommittee members are listed below. Each member will serve a 1- to 3-year term:

Noel Philip Tugwell, “Tug” to his friends, died on Oct. 20 in Fayetteville, Ark. He was 88. He served the Arkansas Agricultural Experiment Station and the Dale Bumpers College of Agricultural, Food and Life Sciences at the University of Arkansas as an entomology researcher and teacher for 36 years. He was known for his hardworking attitude, kindness, generosity, and being a thinker.

The Director of the USDA Agricultural Research Service Western Wheat and Pulse Quality Laboratory in Pullman, Wash., for 32 years, Craig Morris, passed away on Oct. 25 at his home in Pullman. He was 64. Morris was widely recognized for his ability to improve the quality of wheat in the Pacific Northwest.