The administration is “launching new initiatives to work with our farmers and our ranchers to introduce climate-smart agriculture practices and reduce methane on farms, which is a significant source” of the greenhouse gas, Biden said Tuesday at the international climate conference in Glasgow, Scotland, where he launched a global pledge to reduce methane emissions by 30% by 2030.

In a statement to Agri-Pulse, USDA noted that the pledge “makes specific reference to incentives and partnerships with farmers. That is the approach that the U.S. Government, led by USDA, will use.”

The statement goes on to say that the Natural Resources Conservation Service will use its farm bill programs “to improve manure management, cap manure lagoons and take other steps to reduce methane emissions,” while USDA Rural Development “will increase its efforts to finance methane digesters and biogas energy opportunities.” USDA research agencies will continue work on feed additives, conservation practices and other approaches.

Keep in mind: The $1.75 trillion Build Back Better Act that Democrats are trying to pass includes new funding for measures that could reduce methane emissions in ag, including feed improvements and installation of methane digesters.

By the way: In a separate speech Tuesday, Biden officially launched a multinational “innovation” coalition that Ag Secretary Tom Vilsack will also address in Glasgow on Friday. So far, $4 billion has been committed to the effort to use technology to increase food production and make agriculture more resilient.

“Over the last six months, we’ve worked with more than 75 partners to catalyze public and private investment in climate-smart agriculture and food system innovation,” Biden said. 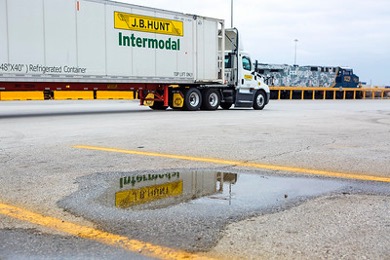 Trucking woes getting spotlight on Hill

Whether ag producers need to get commodities to the ports for export or to retailers, they’ll most likely need truckers to get it done, but America’s hauling industry is short of drivers and it needs Congress to deal with the situation.

That’s the message that Jon Samson, executive director of the Agricultural & Food Transporters Conference of the American Trucking Association, will be delivering to the House Agriculture Committee at a hearing today.

Samson is one of six witnesses at the supply chain hearing expected to address many aspects of the bottlenecks that are delaying the delivery of everything from vegetables to cheese.

The task force will focus on “labor shortages, steadily increasing costs for inputs … and major challenges moving products through sea and land ports.”

USDA: Everyone back at work by March 14? It depends

Senior USDA leaders will return to the department’s offices Dec. 1. And by March 14, the department expects all employees to be back on site — subject to union negotiations, that is.

The schedule is unchanged from an earlier iteration of USDA’s Frequently Asked Questions on COVID workplace safety, which stresses that returning to department offices will be a “phased” approach. There also are allowances for continued remote work.

The FAQ also lays out the requirements of the federal COVID vaccination mandate.

For more about USDA’s vaccination mandate. plus a look at how the supply chain disruptions are affecting ag exports, check our weekly Agri-Pulse newsletter today. We also look at some key ag provisions in the Build Back Better Act.

The head of the National Black Farmers Association is praising debt relief provisions in the Build Back Better Act that would offer assistance to farmers regardless of race.

A previously passed $4 billion debt relief program for farmers of color has been stalled in the courts, which have made preliminary conclusions that the program was unconstitutional. “As the costs of farming rise, many of us will face tough choices,” said Virginia farmer and NBFA President John Boyd. “Debt relief needs to flow to farmers facing ruin right away.”

A leading proponent of the program, Democratic Sen. Kirsten Gillibrand of New York, says that 98% of her state’s farmers who hold USDA direct loans would receive either full or partial debt relief. 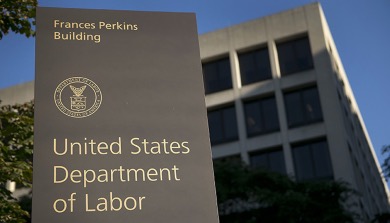 OSHA, Wage and Hour would get new funding

Enforcement of federal labor and workplace safety laws would get a big boost in funding in the BBB bill.

The Occupational Safety and Health Administration would receive an increase of $115 million in fiscal year 2022, to $707 million, and the Labor Department’s Wage and Hour Division, which enforces the Fair Labor Standards Act and the Migrant and Seasonal Agricultural Worker Protection Act, would get $404 million, a $115 million hike.

He said it. “You can’t put diapers on cows.” - Sen Chuck Grassley, R-Iowa, in response to a question from a reporter about regulating methane emissions. He said he wanted to make sure that regulations on the oil and gas industry don’t spread to agriculture.