The COP26 international climate conference is wrapping up today after two weeks in Glasgow, Scotland. The conference has put unprecedented focus on agriculture’s potential role in reducing emissions. But a key highlight of the closing days is a surprise joint declaration by the U.S. and China to work together on ways to reduce greenhouse gas emissions.

The agreement is short on detail — to say the least. One thing the two countries said they would do is meet in the first half of 2022 to discuss plans to reduce methane emissions. The measures under discussion will include incentives to cut methane emissions in agriculture. 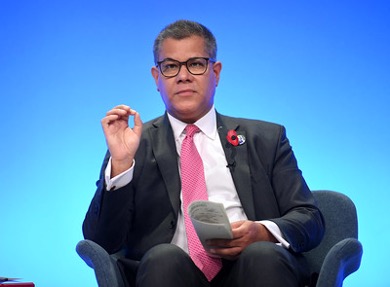 Why it matters: China accounts for 27% of global emissions, far ahead of the United States, which accounts for 11%, including to a study by the Rhodium Group, a nonpartisan analysis firm.

COP26 President Alok Sharma said Thursday that the U.S.-China agreement “does help to provide some momentum” but emphasized that he and other officials are trying to achieve an agreement involving nearly 200 countries.

The goal is “to keep 1.5 within reach,” he said, referring to the 2015 agreement in Paris to keep global warming to well below 2 degrees Celsius, and preferably close to 1.5 degrees.

Keep in mind: Sharma said negotiators were “still some way away” from agreeing on “very critical issues.” Those issues include Article 6, the rules around international carbon accounting and trading.

The latest data on inflation has certainly gotten President Biden’s attention. And some energy analysts believe concerns about soaring gas prices could lead his administration to limit the annual biofuel mandates under the Renewable Fuel Standard.

An analysis by ClearView Energy Partners estimates the current cost of RFS compliance at 14 cents a gallon, up from 6 cents last year.

“Although RFS leniency comes with Farm Belt political backlash, we assess Biden as having depended less than his immediate predecessors on corn and soy-growing regions for his 2020 victory,” the analysis says.

“In any case, we would suggest that the Biden White House may face a more imminent challenge: staving off perceptions of being staffed like a third Obama Administration but trapped in a second Carter term.”

Keep in mind: An EPA rule setting blending requirements for 2021 and 2022 has been under review by the Office of Management and Budget since August. 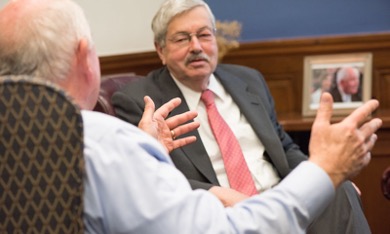 Terry Branstad during Trump administrationBranstad: US, China need to extend Phase One

Former U.S. Ambassador to China Terry Branstad tells Agri-Pulse he met last week with U.S. Trade Representative Katherine Tai and urged her to negotiate an extension to the Phase One deal with China. The Chinese agreement to purchase U.S. ag commodities under the deal expires Dec. 31.

“I think we need to see Phase One extended,” Branstad said on the sidelines of the Midwest Agricultural Export Summit in Sioux Falls, South Dakota. “It’s been great. We had record sales of corn, soybeans and pork to China.”

Branstad and his former chief of staff are starting a consulting group to advise parties wanting to do business with China. During his trip to Washington last week, he also met with China’s ambassador to the U.S.

Sales of tractors are up 11% through October this year, compared to the first 10 months of 2020, according to the latest data from the Association of Equipment Manufacturers. Sales of self-propelled combines are 24% higher year over year, AEM says.

Combined tractor and combine sales in 2021 are also running ahead of the most recent five-year average.

Nutrien Ag Solutions has agreed to pay a $668,100 fine for applying dicamba products last summer while their registrations were cancelled because of a ruling by the 9th U.S. Circuit Court of Appeals.

Nutrien “has taken steps to address the alleged violations,” EPA said, including by conducting training on pesticide applications, working with pesticide applicators to comply with label and other requirements, and improving its recordkeeping practices.

The consent agreement and final order can be downloaded here. 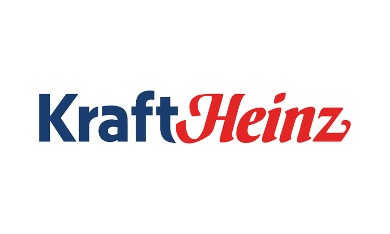 In a proposed settlement agreed to by the companies, DOJ said that in order to preserve competition in the feta and ricotta cheese markets, Emmi Roth USA of Fitchburg, Wisconsin, would buy the Athenos business, while BelGioioso Cheese of Green Bay would buy Polly-O.

In September 2020, Kraft Heinz announced the sale of its natural, grated, cultured and specialty cheese businesses to the U.S. affiliate of Groupe Lactalis, a French firm, for $3.2 billion. DOJ filed a complaint and the proposed settlement in federal court this week.

He said it: “What a dork!” - South Dakota GOP Rep. Dusty Johnson making fun of himself when he was described as someone whose bedtime reading consisted mostly of the 2018 farm bill.

Johnson, together with fellow House Agriculture Committee members Randy Feenstra, R-Iowa, and Michelle Fischbach, R-Minn., attended the Midwest Agricultural Export Summit. They say they are eager to begin work on the next five-year farm bill.