This week’s election results are raising questions about the future of President Biden’s legislative agenda and putting a new focus on the struggles Democrats are having in rural America.

In Virginia, GOP Gov.-elect Glenn Youngkin did especially well in rural areas on Tuesday, winning well over 80% of the vote in many southwestern counties. 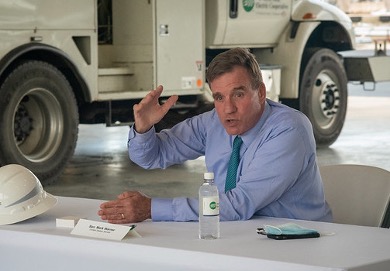 Chris Gibbs, an Ohio farmer who heads a pro-Democrat group called Rural Voices USA, says the election results show a disconnect between D.C. and rural America. “The divide is evident in one-sided election results in rural counties that are increasingly frustrated they are not being heard and that lawmakers are not delivering on their priorities,” he says.

Meanwhile: Democratic leaders insist they are moving forward with President Biden’s package of social spending and climate measures despite the party’s poor showing Tuesday. In fact, House Democrats are adding some provisions to the scaled-back Build Back Better bill that they introduced last week.

House Majority Leader Steny Hoyer, D-Md., told reporters Democrats have a “very good agenda that is going to be very appealing to the American people.”

The new version of the BBB includes paid family leave and would raise the cap on state and local tax deductions from $10,000 to $72,500.

The Senate has confirmed Adrienne Wojciechowski to be USDA’s assistant secretary of congressional relations.  She has worked in the Senate for the last 14 years, most recently as an aide to the Senate Agriculture Appropriations Subcommittee. Her nomination was approved on a voice vote.

Maine has become the first state to have a “right to food” enshrined in its constitution.

An amendment adopted with 61% of the vote Tuesday declares that there is a “natural, inherent and unalienable right to food” for all individuals, as long as they don’t “commit trespassing, theft, poaching or other abuses of private property rights, public lands or natural resources in the harvesting, production or acquisition of food.”

Mark Brewer, a political science professor at the University of Maine, says the measure arose from a back-to-the-land movement in Maine.  The Maine Organic Farmers and Gardeners Association sees it as “an essential cornerstone in the foundation of healthy and fair food system for all…”

But, but, but: Brewer says the measure is so vague it’s hard to tell how it will affect the state until courts weigh in.

Take note: The Maine Farm Bureau, which opposed the measure, worries the vague wording of the amendment will allow people to ignore food safety regulations, The Humane Society of the United States is concerned it will override animal cruelty laws.

US and India talk trade

The Trump administration tried unsuccessfully to negotiate a trade pact with India, a country known for high tariffs. 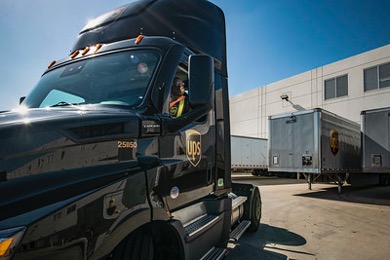 Angst is growing on Capitol Hill over the shortage of truck drivers in the U.S., and that concern has prompted 11 Republican senators to ask the Biden administration to lower the minimum age from 21 to 18 to get a commercial trucking license.

“If left unaddressed, inaction to grow America’s pool of truck drivers threatens to drive up shipping expenses, prolong delays, and burden already-strained consumers with additional costs,” the senators say in a letter to the Federal Motor Carrier Safety Administration.

Federal agencies including EPA, USDA and the Fish and Wildlife Service are looking at how to mitigate the impacts of pesticides on federally endangered species.

The agencies report that they met recently as part of a working group mandated by the 2018 farm bill. They agreed to start considering pesticide mitigation measures early in the interagency consultation process required by the Endangered Species Act.

Take note: The Trump administration started to institute changes to the process but the protracted ESA consultation process for pesticides will allow time for the Biden administration to craft its own solutions.

Mixed reaction: Lori Ann Burd of the Center for Biological Diversity said the agencies have spent a decade "tinkering with refinements to their processes, but have yet to demonstrate meaningful progress on ESA compliance or implement on-the-ground protections for the species they know are right now jeopardized by pesticides."

CropLife America, which represents the pesticide industry, said: “We strongly support this effort and look forward to working with other stakeholders to find improvements to the process.”

Ballots are being sent out this week for Farm Service Agency county committee elections and must be returned to the local FSA county office or postmarked by Dec. 6, FSA says.

She said it. “A strategy based on running up stratospheric margins in a few key areas while ceding large swaths of rural America is one that will leave Democrats short time and time again.” - Former Sen. Heidi Heitkamp, D-N.D., founder of the One Country Project, an initiative to help Democrats perform better in rural areas.

Heitkamp was commenting on the Virginia election results.