US meat looks for new advantages on global market

In an increasingly global market where U.S. beef, pork and poultry producers can no longer thrive without access to foreign markets, the ag sector is clamoring for new advantages over foreign competitors, better access to foreign buyers and new free trade agreements.

While the National Pork Board (NPB) is leading the charge to overhaul the way pork is marketed to foreign buyers, a new analysis from CoBank stresses the need for the U.S. to begin sitting down at negotiating tables across the globe to get new tariff-slashing free trade agreements.

U.S. pork exports to China surged to record levels during the height of the country’s battle with African swine fever, but that trade has been falling and NPB is sounding the alarm about the need to diversify and build up the U.S. presence in countries where demand is growing.

China is rebuilding its swine herd, negating much of its need for imports, and that means U.S. producers are looking elsewhere in a more competitive environment.

Working together with groups like the U.S. Meat Export Federation and the National Pork Producers Council, NPB says there are growth opportunities for exports to many foreign markets, and U.S. pork needs to “differentiate itself beyond being a low-cost supplier to continue to grow its market share.”

A key way to do that, says Missouri pork producer and NPB past president David Newman, is to show the world the strides that the U.S. industry has made in becoming more sustainable.

“Sustainability is becoming increasingly talked about with our consumers and not just domestically, but internationally,” Newman told Agri-Pulse ahead of the release of an NPB report, "Diversifying and Differentiating U.S. Pork in the Global Market," which is being published Wednesday. “Being able to address (sustainability) ahead of the curve rather than behind the curve — that’s where we want to stand as U.S. producers.” 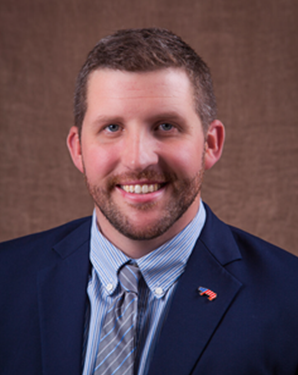 David NewmanThe primary selling point for U.S. pork exports is still price, but that’s expected to change in the coming years. Foreign buyers are already telling groups like NPB that they are going to need products that are demonstrably more sustainable, says Rupert Claxton, a director for the French consulting company Gira.

“The world is going to get more competitive over the next five years,” he said. “The market is clearly asking us to demonstrate that we’re doing better than we’ve done before.”

As to how the pork industry will do that, the NPB is laying out a plan, a key part of which is asking America’s pork producers to fill out an “On-Farm Sustainability Report” to “help measure and document producers’ continuous improvement efforts.”

Hundreds of thousands of pigs across the country are already being reported on and once NPB, together with NPPC and USMEF, believe they have enough coverage, they will begin presenting that aggregate data to international customers.

“We’re not going to run from sustainability,” Newman said. “We’re going to hit it head-on.”

That, together with the ability to prove those gains in sustainability to international buyers, will be paramount, said NPB spokeswoman Claire Masker-King.

“The world is going to get more competitive over the next five years,” said Claxton.

And that is also the reason lawmakers and leaders in the U.S. ag sector are urging the Biden administration to begin negotiating trade pacts. Other world players like China, the UK and the European Union are moving to establish free trade agreements, and a new report from CoBank highlights the importance of foreign market access for U.S. beef, pork and poultry, while stressing the need for new free trade agreements.

While the NPB is looking to producers’ sustainability efforts to provide U.S. packers and exporters with the edge they need over competitors, CoBank says trade deals are also essential.

The problem is the Biden administration has shown no urgency in sitting down at negotiating tables to get tariff-slashing deals while other world players are moving relatively fast.

“Trade policy is crucial to building consistent export markets, and the U.S. needs to be at the negotiating table,” said Brian Earnest, author of the new report, "U.S. Animal Protein Needs Trade Negotiators Back at the Table."

“In the past two decades, U.S. animal protein exports have grown from $7.4 billion to $20.7 billion, driven by industry marketing and government trade negotiations," the report said. "Today, trade accounts for 10%-30% of U.S. animal protein production, depending on industry segment.”

A particular focus of the report is the Comprehensive and Progressive Trans-Pacific Partnership, an 11-country trade pact among Pacific Rim nations that the U.S. pulled out of in 2018.

The Chinese promise under the “phase one” deal to buy U.S. ag commodities ends on Dec. 31, making it more important than ever that the U.S. retake its CPTPP seat, according to the report.

“Continued diversification of markets and products is critical for a vibrant U.S. protein export trade,” said Brian Earnest, lead animal protein economist with CoBank. “The successes the U.S. meat industry has enjoyed during the ‘phase one’ agreement with China are not assured in 2022 and beyond. And the lack of U.S. participation in evolving global trade partnerships in recent years has put export success at risk.”

The UK, Taiwan and China are looking to join the CPTPP, but the Biden administration appears to be in no hurry. U.S. Trade Representative Katherine Tai, when asked recently if the U.S. would consider rejoining, stressed that the original TPP was a bad deal for some segments of the U.S.