Founder of Bare Honey Dustin Vanasse is involved in a four-way win-win. The largest solar-grown honey company in the United States, Minneapolis-based Bare Honey contracts with Minnesota and Iowa landowners to locate hives outside solar panel arrays, and he doesn’t have to pay to use the land.

Solar developers, who have committed to growing pollinator-friendly ground cover in the understory of the panels, are already paying the landowners to use the land, giving Vanasse’s honeybees access to a free pollen feast.

At one of Bare Honey’s 16 sites, the landowner grows fruit trees that are dependent on Vanasse’s honeybees and native pollinators attracted to the site. In addition, the landowner grazes sheep inside the locked fence securing the panels, and the developer sells the solar-generated electricity to the grid, benefiting society.

“The pollinator-friendly native plantings increase the health of our hives, and the farmers benefit from the pollinators,” Vanasse said. Bare Honey’s bees produce 20 tons of honey and 30% is solar-grown, but Vanasse plans to expand that part of his business.

Agrivoltaics — derived from the words agriculture and photovoltaics — creates a symbiotic energy system. Not all solar farms are agrivoltaic, but these systems are getting more attention due to concerns that solar land leases take farmland out of production.

According to Rob Davis, communications lead for Minnesota-based Connexus Energy — a rural electric cooperative that purchases a growing share of its electricity from these types of partnerships — fewer than 400,000 acres are dedicated to ground-mounted solar projects in the United States today, with most of those acres farmland.

According to a University of Oregon study, solar development requires flat land, located in areas that are not too hot and not too dry, but still mostly sunny — in other words, farmland.

“That demand is coming from utilities, corporations, residential customers, and state and federal governments.” Bristol said. “Solar power provides affordable, reliable, non-polluting energy and can be compatible with agricultural uses.”

For those whose land is suitable for these systems, the payoff can be lucrative; but not all landowners will be given the opportunity to lease their land to a solar developer. In addition to having suitable land in a location conducive to solar power generation, a landowner would need to be within a certain distance from a major substation or near the right size and type of power line for a developer to be interested.

University of Arizona agrivoltaics researcher Greg Barron-Gafford said it is clear that solar on rooftops is not scalable to meet climate goals, and energy is expensive to transport.

“Developers don't want installations in the middle of nowhere. It costs up to $1 million per mile to build the infrastructure needed to transport energy. They are looking at peri-urban areas,” Barron-Gafford said.

Eric Udelhofen, development director for Seattle-based OneEnergy Renewables, said since his firm was founded six years ago, it has developed 25 solar projects ranging in size between 6 acres and 60 acres in Wisconsin, Illinois, Iowa, and Minnesota. All the understories are planted to pollinator-friendly ground cover and sheep graze four of the projects.

“We are doing about seven to eight projects a year,” Udelhofen said. “And I would expect to continue or accelerate that pace. We are probably on an accelerating trend.”

To locate suitable projects, OneEnergy sends out mailers and makes phone calls to landowners with suitable land located within 10 miles of a substation but close to a three-phase line with distribution of less than 69 kilovolts.

“About 10% of those people reach back out to us,” he said. “The common thread is that they are interested in solar or renewable energy.”

Some are successful large-scale grain operations, others are absentee landowners who already rent their land for ag production, and still others own dairies or grow fruit and vegetables, he said.

Brian Brurandt, vice president of power supply and business development at Connexus, said farmers are “calling us when they realize solar rents are $1,000 per acre. A lot are nearing retirement and their family and kids don’t want to take over the farm. The 25-30-year solar lease becomes an annuity.” 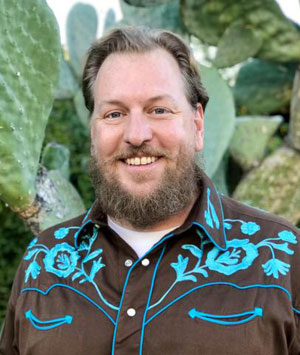 For those with suitable land in an ideal location, solar leases can reach $2,000 per acre per year, and some contracts have annual escalators of 1-5%. The economic decision for landowners, of course, is whether crop production yields a larger margin than the solar lease. But there are other concerns as well, including aesthetics and any blowback landowners might receive by taking farmland out of production. Providing electricity to the community or using the understory for some type of agricultural production can not only generate community support but also raise the margin.

“A lot of plants appreciate being in the shade, and solar panels do not compete for water,” said Barron-Gafford. “Potatoes do exceptionally well in Arizona (under solar panels). They have twice the production. Chile peppers also yield twice as much, and tomatoes slightly more. We can also produce more basil and cilantro in the shade compared to full sun. Historically, basil and cilantro use a lot of water. Shading the plants throughout the midday when it is really hot, can cut irrigation use by 50%.”

The research team is looking at how high off the ground panels would need to be raised to accommodate large-scale agricultural production, what the cost would be to elevate the panels, and how far apart the supporting posts would need to be to accommodate farm machinery. Traditional solar panels are 2.5-3 feet off the ground, which only allows for pollinator plants, grazing, and hand-picked crops.

“Engineers are thinking of new solutions, such as spacing the posts 45 to 50 feet apart and using a tension support system that can handle high winds,” Barron-Gafford said. “Germany already has panels that are 15 to 20 feet off the ground.”

He believes the water shortage in the West will tilt some farms toward agrivoltaics, and many retired farmers and urban dwellers who own farmland will find solar leases attractive.

“A landowner could lease the overstory to solar production and lease the understory for food production,” Barron-Gafford added. “Over the next five years, we will see way more production.”