Editor's note:  This is the first of a two-part series on efforts to attract more people to live and work in rural America.

The civilization-scrambling COVID-19 pandemic is reordering millions of lives, jobs, and economic fortunes in rural America, just as it’s been rejiggering the rest of the country’s realities.

That could mean population and economic growth for the future of thousands of rural communities who grab the opportunities.

“What accelerated it,” he says, “was the pandemic, then technology, then employers saying, ‘You can do your job remotely.' Once they opened that door …”

His confidence stems from a panel study he did last summer with Audience Audit, an Arizona-based research group, surveying Americans coast to coast about relocation.

“We saw a lot of news articles about people from the city moving to the country … but I didn’t think they really captured the reason why, so we thought we would try to bring more clarity," he said. 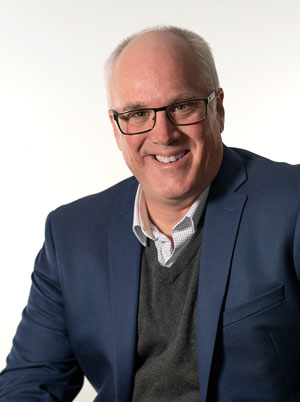 His project involved interviewing online 326 adults who were either urban dwellers considering a rural move in the near future or those who had moved to a rural location since the start of 2020. One finding: 68% of urban respondents said they would “definitely” consider changing jobs or employers to move to a rural area, and 20% said they probably would.

Smither believes he discerned a new American mindset. The survey responses persuaded him “a lot of the people coming from cities to rural America believe there’s a better life in rural America … a better entrepreneurial opportunity … more freedoms, and that whatever they thought they could achieve as Americans they could do in a rural space.”

A 2019 USDA Economic Research Service report on rural population trends describes a significant flow of Americans to selected rural areas from 2012 to 2017. It estimated 58% of counties nationwide had positive changes in net migration (in-migrants minus out-migrants).

Similarly, the Census Bureau’s 2020 Census points to a convergence of rural population around micropolitan areas (includes cities of 10,000 to 50,000 people with adjacent counties), which increased 1% in residents overall. Most fast-growing micros are near large, fast-growing urban areas, but the agency also pointed to net gains of more than 15,000 people in some smaller cities: Bozeman, Montana; Rexburg, Idaho; Heber, Utah; and Williston, North Dakota, an oil-patch town where the population more than doubled during the fracking boom.

Gains were not consistent across rural areas. Agri-Pulse’s analysis of 2020 Census data shows shrinkage in rural, agriculturally productive Great Plains counties from Nebraska to northern Texas and in North Carolina. The rare population growth was in counties with large crop processing facilities or meatpacking plants that have historically relied on immigrant workers.

But what direction does rural population take now in the 2020-2030 decade and COVID-19’s complex aftermath?

When more than 4 million Americans, 3% of the whole workforce, voluntarily leave their jobs in a month, as happened in both August and  September, stakeholders in rural communities may have a chance to corral some of the escapees.

But observers of rural trends say much has to happen before Americans dash to the countryside the way Smither expects.

“It really does take collaborative leadership of our county officials and other community stakeholders … to take action to diversify an economy and to ensure that the residents … have access to good jobs and are taken care of,” says Teryn Zmuda, chief economist for the National Association of Counties (NACo).

In fact, various networks have been springing up to help folks train, equip, and move to go rural and work remotely.

Last winter, Greater Bemidji (Minnesota) Economic Development began offering its 218 Relocate incentive package. It invites folks to move to northern Minnesota’s 218 area code and offers up to $2,500 in reimbursement for moving and/or telecommuter expenses, plus teleworking support and tools, all while flashing the “all-Fiber Optic Gigabit Internet service” available in the city and most of Beltrami County.

Erin Echternach, GBED’s assistant director, says she’s trying to sell “the infrastructure we have here for people to be able to telecommute.”

So far, 22 people have taken Bemidji up on the offer, and she says, “we don’t think there’s going to be any stopping this trend in telecommuting,” as she’s been seeing “a lot of flexibility by employers for telecommuting.” 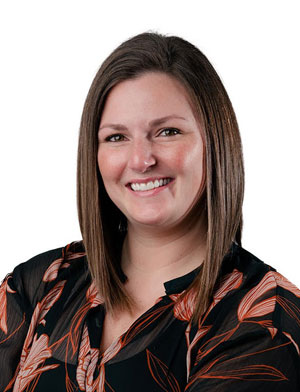 Erin Echternach, GBEDTim Beddow took the 218 Relocate deal, moving with his wife Maria in August from Farmington, New Mexico. The Minnesota Power analyst says it’s unlikely his employer would cover his transition costs to work remotely, so the GBED grant covered a year of his internet service charges, modem, and some other related equipment. Maria, meanwhile, landed a pharmacist position in Bemidji.

Bemidji is just one of 40 Telecommuter Forward! cities or city/county combos certified in a statewide campaign by Minnesota’s Office of Broadband Development to promote telecommuting among employers and workers. The city or county must at least assign an employee to the project and resolve to advance “telecommuter-friendly policies (to improve) the quality of life for employees … economic innovation and vitality in communities throughout Minnesota.”

Stroul says participants work towards an online “work readiness certificate” and compete needed training in computer coding. The program has placed about 25 people in jobs in recent months, he reports. Some work in their homes, some in co-worker space or shared offices.

Rural & Remote, he says, wants to help “families who have good broadband at their house on the farm…(and) families who are looking for additional income to support their farms.”

Next week, the second part of this series will explore how broadband and community colleges are key to rural rebirth.